The Cub Can Of Worms: Joe Strain

Share All sharing options for: The Cub Can Of Worms: Joe Strain

Even the name sounds like a guy who would have to make great effort just to be a baseball player. Strain. Difficulty. Hardship. 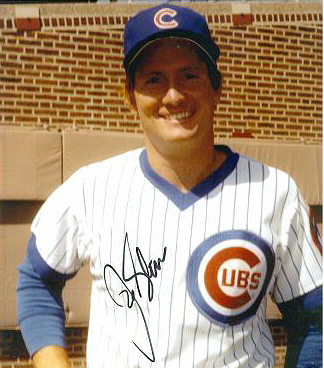 That's what the Cubs of 1980 and 1981 were. The '80 Cubs lost 98 games -- and then decided to trade their best pitcher, closer Bruce Sutter, because the Wrigley ownership, in its dying throes, couldn't afford him (he had been awarded a then-record $700,000 in arbitration the year before; that doesn't sound like much now, but it was huge dollars in 1980). They did get Leon Durham in return (along with the execrable Ken Reitz), but he wasn't yet the good player who would help the Cubs to the 1984 NL East title. The '81 Cubs also had Jody Davis, just selected in the Rule 5 draft, but he had just come off a serious illness and wasn't at full strength yet.

The Cubs made several offseason deals before the ill-fated 1981 strike season. On December 12, 1980 they sent outfielders Jerry Martin and Jesus Figueroa and a PTBNL to the Giants for Strain and a pitcher named Phil Nastu, who you've probably never heard of (because he never pitched an inning for the Cubs), but who was considered a top prospect at the time. Strain was called by the Tribune's Dave Nightingale a "worthy" second baseman, expected to replace Mike "Not The Boxer" Tyson.

Strain had hit .286 in 189 AB for the Giants in 1980, backing up Rennie Stennett, with no power (6 doubles, no triples or homers), no speed (1 SB in 3 attempts) and no plate discipline (10 walks gave him a .320 OBP, which was higher than his .317 SLG). He wasn't a very good second baseman (below-average range factor). How anyone could have thought he could be a regular starting 2B in the major leagues is beyond me, although he was the starting SS for the 1974 University of Northern Colorado team that upset Arizona to get into the College World Series.

Anyway, Strain broke camp in 1981 as the starting second baseman. He was benched after six games, hitting 4-for-18 with one RBI, that he got in this 5-4 loss to the Expos in Montreal. The RBI single actually gave the Cubs a 4-3 lead, which they proceeded to blow. That was a common story in 1981. Ten days later, he was on the DL, and in early June, after an embarrassing 16-3 loss to the Pirates that made the Cubs' record 10-34, Strain vanished. He never played in the major leagues again. Exactly how he left the team is a mystery because he isn't listed in the 1982 media guide transaction list.

Of course, Strain wasn't the cause of the Cubs' failures, he was a symptom -- to show how absolutely bankrupt the Cubs organization was of anything regarding baseball judgment in the early 1980's before the Wrigleys finally sold. They truly had no idea what talent was -- Bill Buckner was the team's best player, and although they had a couple of decent pitchers (Mike Krukow and Rick Reuschel, before the latter was traded), the team as constituted and managed (by Joe Amalfitano, a fine base coach who had absolutely no business being a major league manager -- his career record was 66-116) had no chance to win anything. If not for the strike they'd probably have broken the team record for losses; the final record was 38-65. Bizarrely, in the split season the Cubs actually had a chance to win the "second half" NL East title -- on September 24 they beat the Mets 10-9 in front of 2,555, and moved their second-half record to 20-21 -- not great, but in the wacky standings they were third behind the Cardinals, three games out of first place with ten games left. I will never forget listening to Lou Boudreau on the radio after that game, excoriating fans for not coming out to the park "because there's a pennant race going on!" If the Cubs had won that second half and qualified for the split-season playoffs it would have been a monumental joke (they'd have been at least 20 games under .500). They proceeded to lose seven of their last ten to finish a safe six games out in the second-half standings. 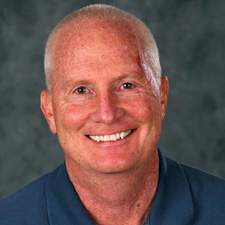 photo at left via dhimg.sv.publicus.com

But back to Joe Strain. If I had just posted the photo at the top right of this post without telling you who it was, would you have been able to identify him? Even with the autograph? That's about as generic a "1970's-1980's ballplayer" look as you can get. It almost looks like they took the guy driving the team bus, gave him a uniform and let him take a souvenir picture in front of the brick wall at Wrigley so he could tell his college buddies he was a ballplayer. The eBay auction where I found that photo wants $15 for it, incidentally, if you simply must have a Joe Strain autograph to complete your collection. Strain also bears the distinction of being one of 34 Cubs to wear the #17 later made more famous by Mark Grace.

Strain, of course, didn't really vanish. The Giants took him back into their organization and he became the manager of their short-season class A team in the Northwest League in Everett, Washington from 1984 to 1990. An article published earlier this year about him says he was the best manager in team history. That article also carries what appears to be a recent photo of him, showing that same amiable smile he had in 1981.