It's much nicer in Chicago today. Well, relatively speaking, at least -- not snowing, and about 20 degrees with light winds. So I took the better camera to the ballpark future hockey arena to get some more photos.

While I was there I ran into Brad, our usual gate chief in the bleachers. He told me the workers spent most of the morning just clearing snow off the field so they could work; once they got back to laying the plywood floor underneath where the rink will be, they decided to lay only one layer of plywood instead of two (not sure why). I also learned there will be a skatearound/practice on New Year's Eve, not open to the public.

The first photo is of the refrigeration truck, which is parked on Waveland behind the LF bleachers. The third photo shows some nice colors in the sky behind the third base side grandstand; I was there just about sunset. 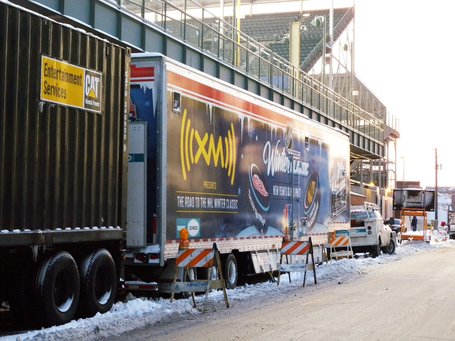 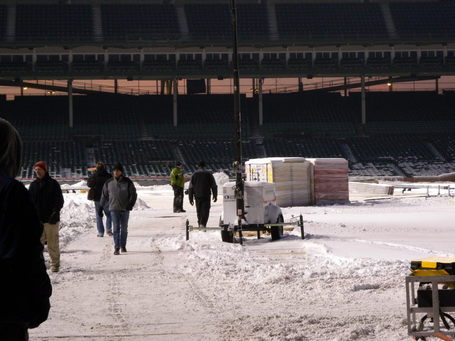 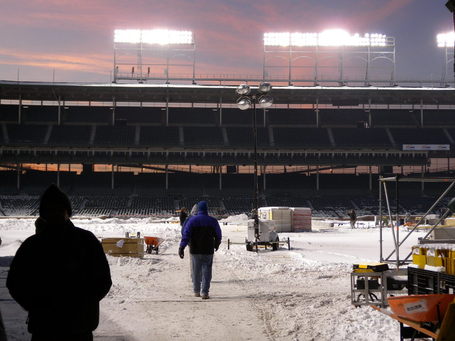 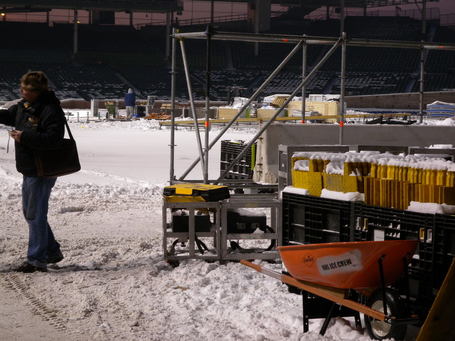