Share All sharing options for: Monday Name That Cub 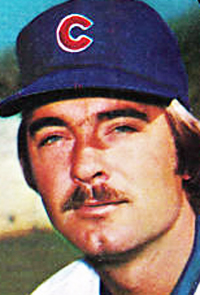 This handsome fellow played only one season for the Cubs in an eight-year major league career, and he was pretty bad. He had only one season in which he could have been considered even mediocre, and he never led his league in any positive category.