As we enter 2009 tonight, the Cubs have made two major league roster moves, signing infielder/outfielder Aaron Miles to a two-year deal, and trading the popular Mark DeRosa to the Indians for three minor leaguers (no cubs.com link yet, but the following is from the official press relase): 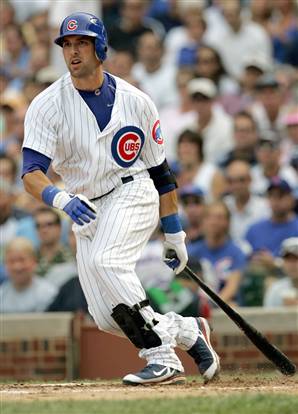 "We are thrilled to acquire three strong, young arms in Jeff Stevens, John Gaub and Chris Archer," said Cubs General Manager Jim Hendry. "They are significant additions to our system and have received universally high marks from our scouts, notably Stan Zielinski.

"It’s never easy to say goodbye to a quality player and person like Mark DeRosa," Hendry continued. "He was a major contributor to our success the last two seasons. But today represents a prime opportunity to stock our organization with three pitching prospects, to modify the balance and shape of our major league roster and to give our rising talent a chance to contribute more regularly at the major league level."

It's not clear from the Miles signing the exact dollar amount; Miles made $1.4 million in 2008, so I'd expect it's likely in the $2 million range per year. Subtracting DeRosa's contract will result in an (approximate) $2 million savings for 2009, if that's the number Miles signed for. Combine this with the rumored trade of Jason Marquis for Luis Vizcaino, which will save the Cubs (approximately) $6 million for 2009, and that could clear enough payroll space to sign one of the free agent outfielders that have been rumored to be coming to the Cubs. While the Cubs did restock the farm system with the three pitchers they received in the deal -- Jeff Stevens will be added to the 40-man roster, though he's not listed there yet -- I do NOT think this is the precursor to any Jake Peavy trade. It could, in fact, mean that the Cubs have renewed interest in trading for someone like Jeremy Hermida. 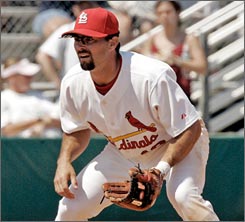 Aaron Miles is a decent player whose value is primarily defensive -- he has little speed and little power (.364 lifetime SLG). He'll be used in a utility role, no doubt, backing up all the infield positions as well as likely getting a look in the outfield, though he has played only eight career major league games there.

Mark DeRosa will be missed. His versatile and unselfish play set a good example for his teammates and he was the favorite of at least one regular poster here. Nevertheless, in a case like this I try to remember the old adage, "It's better to trade someone a year too soon than a year too late." If the players acquired can help make the Cubs a better team (presumably, by flipping them somewhere), then this deal will be helpful.