As Expected, Paul Bako Is A Cub Again

Share All sharing options for: As Expected, Paul Bako Is A Cub Again

From the official press release: 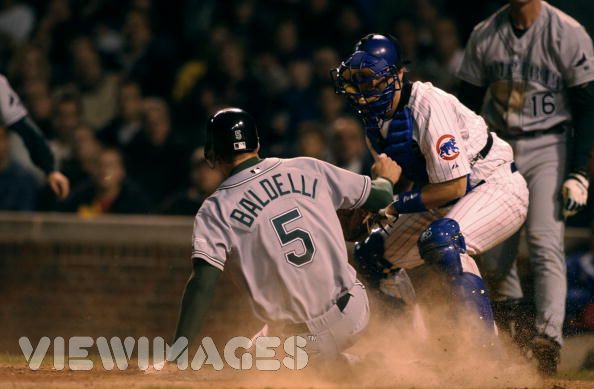 The Chicago Cubs and catcher Paul Bako have agreed to terms on a 2009 contract. Terms of the deal were not disclosed.

The contract was supposed to be, according to rumors the last couple of weeks, for $500,000. That sounds about right. Note the spin in the press release, saying Bako "set career highs" last year. Sure, but he still had a pretty bad offensive season, hitting .217/.299/.328.

He's always been a pretty bad hitter, even when he was the backup catcher for two pretty good Cubs teams in 2003 and 2004. His value has always been his defense. It's not likely to be improving, but Lou has his heart set on a lefthanded hitting backup to Geovany Soto. Now he has three in camp -- Bako, Koyie Hill (a switch-hitter) and Mark Johnson. Since Bako will join the 40-man roster, he'll be the favorite to win the job.