"And Then There Were Three": Finalists For Cubs Ownership

Share All sharing options for: "And Then There Were Three": Finalists For Cubs Ownership

That's the first line of this article in today's Tribune business section giving some details of the three remaining bidders for the Cubs -- the Ricketts family, Marc Utay, a Chicago native who now lives in New York, and a South African native, Hersch Klaff, who now lives in the Chicago suburbs. The article isn't specific, but I assume that these bidders are all bidding for both the team and Wrigley Field. 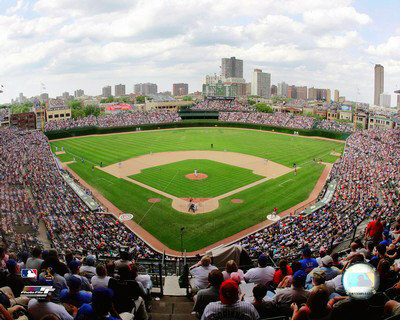 So all have Chicago connections; here's some of what the article says about each.

Business style: Tom Ricketts wanted to make it on his own and never worked at Ameritrade, now TD Ameritrade Holding Corp. A market maker at the Chicago Board Options Exchange and finance executive before starting investment bank Incapital LLC.

Cubs connection: Tom Ricketts grew up watching the team on WGN. Once lived in an apartment above a bar across the street from Wrigley Field. Met his wife in the bleachers at a Cubs game.

Resume: A South African who moved to Chicago in the 1970s and made his money in real estate, buying distressed retail properties. Formed Klaff Realty LP in 1982 and amassed properties in the Loop. Bought shuttered stores from Kmart, Montgomery Ward, Albertson's and Mervyns.

It appears that all three of these men/groups have deep enough pockets, even in the current economic crisis, to be able to fund the Cubs to continue being among the top payrolls in baseball. The clear leader to me, and my personal favorite, would be the Ricketts group, and I think they'll wind up as the winning bidder.

Finally, for anyone who thinks that a change in ownership means that someone would come in and "clean house", think again. First, the Cubs have been one of the most successfully marketed franchises in recent sports history. Why would you dump the people who accomplished that? Second, Jim Hendry and his baseball people have shown, over the last two years when they have been given financial resources, that they can put winning teams on the field. I would expect that to continue if resources are put into baseball operations -- I would argue that the Cubs need more people in player development and scouting, and hopefully, the new owner will commit money for this. Most likely, the new owner will step back and let the existing management structure continue to do their jobs, and hopefully, continue to put the money into player payroll as has been the case the last two years.

We await developments. This could happen as soon as the owners meetings next week (although the final consummation of the sale might not happen for a few more months).