Share All sharing options for: Name This Old Cub

No, this isn't about Ron Santo.

Last year, we did an occasional series of "Name That Cub", where you had to identify a Cubs player from the past from an old photo. It was fun, but in general, too easy -- because most of the photos I used were from the last three or four decades.

I'm upping the ante. Since it's a non-newsy baseball weekend, let's try Cubs from the black-and-white era.

No prizes for this; just for fun. And no clues, either. 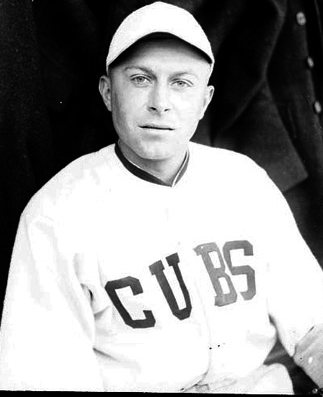