Share All sharing options for: Wrigley Field In 1949: A Photo Essay

BCB reader dogbone sent me four photos that he said his grandfather took at a game at Wrigley Field on May 29, 1949. On that date the Cubs and Reds played a doubleheader, losing the first game 4-1 and winning the second game 10-2. After that day's activity the Cubs were 14-21, six games out of first place, seventh of eight teams in the NL. 1949 was a bad year for the Cubs; they finished 61-93, their second straight 90+ loss year (and at the time, those were the only two 90-loss seasons in team history).

What is most interesting about this photo is the "shade" that's in the center field bleachers. That was one attempt to minimize the "white shirt problem" that finally resulted in the CF bleachers being closed permanently in 1952. This is the only photo I have ever seen of that "shade". 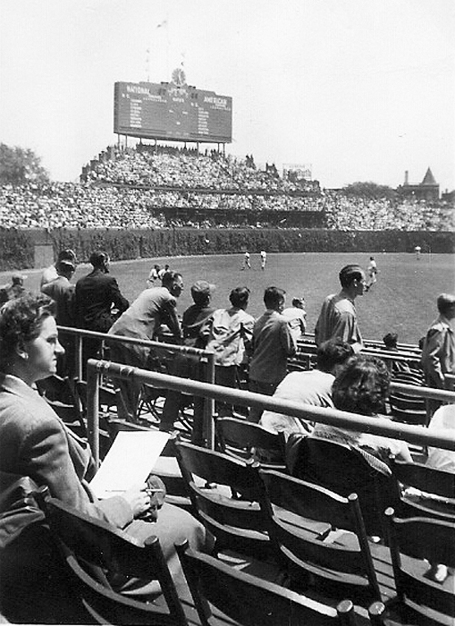 After the jump, there are three more photos; you will see how people "dressed up" for games in that era -- particularly on a Sunday -- and the way the "boxes" were numbered, with the metal railings. Note also that the seats were folding chairs, not permanent seats. I'm not sure exactly when the permanent seats were installed -- the folding chairs were still there in this 1961 photo.

I have one of those folding chairs. When Tribune Co. bought the Cubs in 1981, they cleaned out a large storage area below the ballpark, where all the chairs had been stored. They put them out on Sheffield and sold them for $1 each. 28 years later, I'm sorry I bought only one. 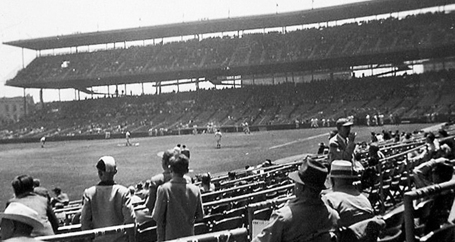 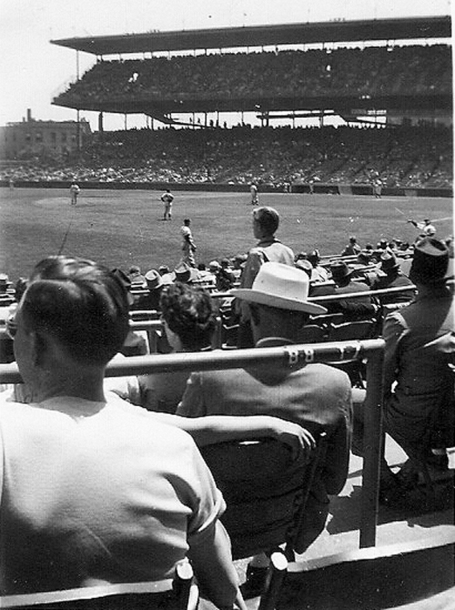 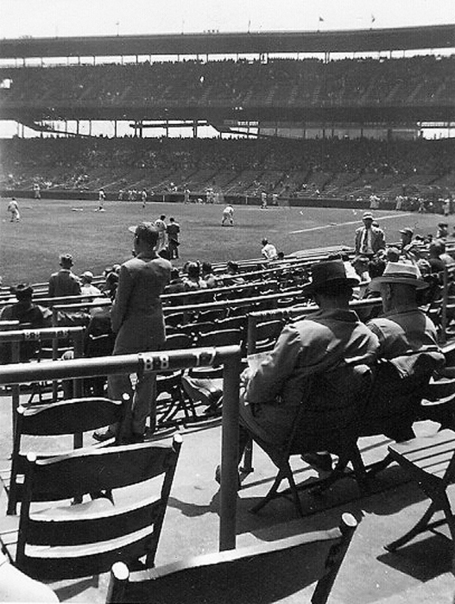