I stopped by Wrigley Field to get a ticket wristband (I like to have extras available, if I can get them) today. Incidentally, as of 2 pm there was no line at all -- was in and out in about 3 minutes. They have a gift shop open where you can buy reduced Winter Classic merchandise (sweatshirts: $35, not a bad deal).

I picked up a pocket schedule; the new ones have the TV schedule on them (which the ones at the convention did not).

Casey McGehee had four hits in a Cub uniform, and exactly zero of them were made before the Cubs clinched the NL Central last year. (He is on the Brewers' 40-man roster, so I suppose he has at least a small chance of making the Brewers' roster as a backup.)

But he will be forever remembered, since he's prominently featured in the photo on the cover of the pocket schedule: 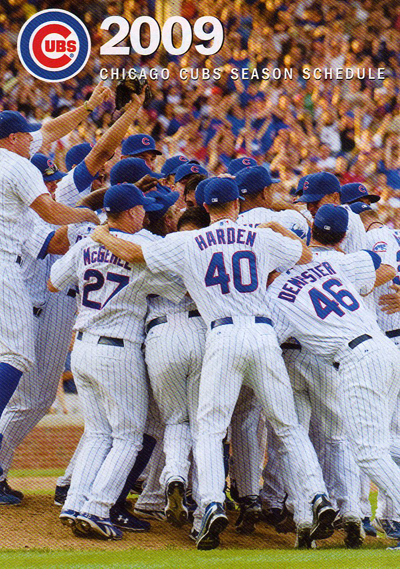