It's Official: Rich Hill To Orioles For PTBNL

Share All sharing options for: It's Official: Rich Hill To Orioles For PTBNL

From the official press release:

The Chicago Cubs today traded left-handed pitcher Rich Hill to the Baltimore Orioles for a player to be named. 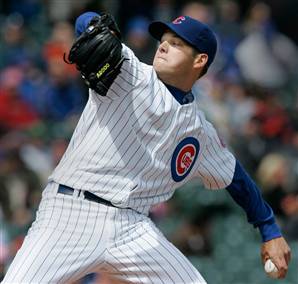 The Orioles, now the official dumping ground for failed Cubs (thanks, Andy), take on the nearly 29-year-old Hill. Hill had a great 2007 after some outstanding years in Triple-A, but somehow lost it last year. Whether he can get it back is now Baltimore's problem.

The move leaves an open slot on the 40-man roster, so I'd expect another move before pitchers & catchers report to Mesa a week from Friday, on February 13.