Jim Hendry, barely taking a breath today, sent another pitcher to the American League. This also answers the question, "Who replaces Rich Hill on the 40-man roster?" 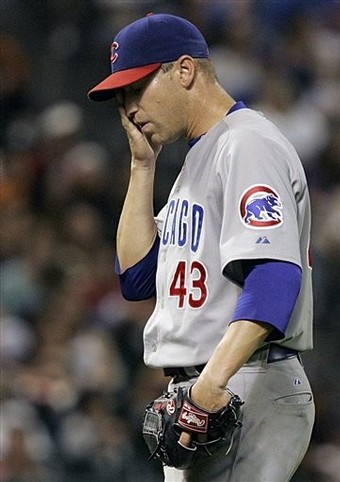 Robnett, 25, was selected by the Athletics in the first round (26th overall) of the 2004 Draft and has played the last five seasons in Oakland's system, advancing as high as Triple-A Sacramento. The left-handed batter and thrower was a Texas League mid-season and post-season All-Star with Double-A Midland in 2007 when he batted .267 (131-for-490) with 39 doubles, 18 home runs and 74 RBI in 120 games to earn a promotion to Triple-A for the second season in a row.

I know nothing about either of these guys, and despite Robnett making the 40-man roster, he has little chance of making the team out of spring training. This probably gives Angel Guzman a better shot at the bullpen.