The WBC Gets Some Deserved Attention

Share All sharing options for: The WBC Gets Some Deserved Attention 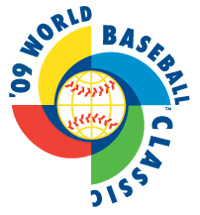 I admit, I was kind of lukewarm about the WBC before it started.

But that was before all the compelling, entertaining and exciting games and upsets we've seen so far.

Tonight, there are three games, with one more tomorrow that will end the first round. Use this thread for discussing all three of them. And, the two Cubs remaining in this round will both see action tonight.

Netherlands vs. Puerto Rico at San Juan. Game time: 4:30 pm CDT. TV: ESPN2. Both teams are headed to Miami for round 2; the winner gets the #1 seed, the loser the #2 seed. There ought to be a raucous home crowd rooting on the Puerto Ricans. The Giants' Jonathan Sanchez will start for Puerto Rico, and Geovany Soto is expected to be the starting catcher.

Venezuela vs. USA at Toronto. Game time: 5:30 pm CDT. TV: MLB Network. Ted Lilly will start this game and probably go two or three innings, then be followed by Baltimore's Jeremy Guthrie. Zambrano will start for Venezuela... that is, of course, Victor Zambrano, who got shelled in relief on Sunday. The winner gets the #1 seed from the pool, the loser gets the #2 seed, and they'll both head to Miami for the first game in the next round on Saturday.

Mexico vs. Australia at Mexico City. Game time: 9 pm CDT. TV: MLB Network. Another partisan home crowd will root on Mexico -- this game is an elimination game; the loser goes home, the winner faces Cuba tomorrow to determine the #1 seed in this pool, where the top two seeds play Japan and Korea in San Diego. Atlanta Braves starter Jorge Campillo will pitch for Mexico; David Welch will go for Australia. Two days ago the Aussies overcame a 6-4 deficit vs. Mexico and won 17-7.

Discuss, as always, amongst yourselves.