Those of you who are of "a certain age" will remember the title of this post as the phrase that Vince Lloyd used to use to introduce every Cubs broadcast on WGN radio. It seems like forever that we've heard our home announcers on the air, though it's only been one week. 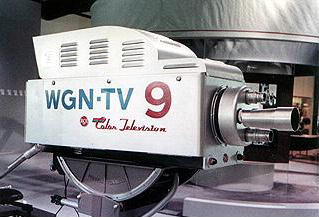 Today, both WGN radio and WGN-TV will carry the Angels/Cubs game from Mesa. If you have online access you can click through to either audio or video at the MLB.com Mediacenter. The good news is that for the rest of the spring, only two Cubs games will have no radio or TV coverage, home or road: 3/19 vs. Seattle at Peoria, and 3/24 vs. the Rockies at Mesa. See this post for a complete list of spring broadcast outlets.

These teams may be sick of each other after facing each other two days in a row, though the Angels didn't see many of the Cubs' frontline starters yesterday in Tempe; most of them played in the Mesa game vs. the Mariners. Aaron Heilman gets the start for the Cubs, facing LA's Joe Saunders. After Heilman, expect to see Angel Guzman, Kevin Gregg, Neal Cotts, Randy Wells, Mike Stanton and the just-returned Carlos Marmol. For the Angels, relievers are likely to include Matt Palmer, Brian Fuentes, Barret Browning, Fernando Rodriguez and Matt Wilhite.

Last week, our SBN colleagues at AZ Snakepit, the Diamondbacks site, posted this detailed analysis of what appeared to be a decline in Cactus League attendance. I think that it's a bit too early to say definitively that the Cactus League is in "crisis", as the headline put it, or that attendance over the entire spring season is going to be down. First, with the season extended by a week this year, and up to seven more games per team, people in the Phoenix area may have "spread out" their attendance, since there were simply more choices of games. Second, with the February 25 start date -- one of the earliest, if not the earliest I can remember -- a lot of the spring breakers and others who normally come later in the spring (myself included) have not yet arrived in the Valley of the Sun. There's a NCAA regional in the Phoenix area in two weeks, and that may bring some extra people to some of the spring training parks when they're not watching basketball.

Today's game in Mesa is sold out. You'd expect that for a Saturday date vs. the Angels. Some tickets are available for all the remaining games (except Friday 3/27 vs. the White Sox), but I'd expect some of those to eventually sell out. With the Phoenix-area forecast nearly perfect today (sunny, high of 78), today will be a good test of whether attendance is truly "down" or not, not necessarily for the sold-out Cubs, but for other teams.

In addition to the various spring games today, the WBC resumes, with second-round games in Miami; the featured matchup is the USA vs. Puerto Rico. I'd expect that to draw a pretty large crowd, despite the ridiculously expensive ticket prices.