Back to the drawing board, Lou? 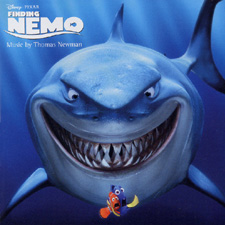 This shark might have pitched better
than Jeff Samardzija today

Yesterday Lou said that Jeff Samardzija might have a shot at making the bullpen as one of the middle-inning guys. But after he gave up five hits (all for extra bases, including a three-run homer to Bill Hall) and five runs in the Cubs' 9-6 loss to the Brewers, maybe Lou should reconsider and just send him back to Iowa to start every fifth day.

That's probably too harsh a judgment -- any pitcher can have a bad outing. But it looked like Jeff just wasn't ready to pitch today. It was a bad day all around for Cub pitchers named Jeff -- Jeff Stevens, who is almost certainly tagged for Iowa, also got hit hard; his one inning resulted in three Brewer runs, capped by a homer by Corey Hart. And to be fair to the Shark, had Milton Bradley been able to play today (seriously: how often are we going to have to say that this year? That's what I was worried about), maybe some of those extra-base hits would have been caught instead of having Micah Hoffpauir wave at them as they flew by.

I think it's been proven. Micah Hoffpauir is not an outfielder, no matter how many times Lou tries to slam that square peg into the round hole. He'd be better served by being dealt to the AL where he could DH.

Are you getting spring training game fatigue? I love baseball, but let's play some games that mean something already! Maybe I'll feel differently a week from now when I'm actually at these games and the lineups more resemble the one that will take the field on April 6 at Houston. Two of those players had decent days today: Alfonso Soriano had two hits and Aramis Ramirez hit his second homer of the spring. The Cubs didn't get much offense going until the eighth inning, by which time they were hitting off Sam Narron, who has spent six years in the minors, only one of them (combined; two half-seasons) above Double-A.

Narron's from an interesting baseball family; his father, a man charmingly nicknamed "Rooster" Narron, played several years in the Mets' minor leagues in the 1960's and 1970's. You've certainly heard of his cousin Jerry Narron, a backup catcher for several years who was also a manager for the Rangers and Reds. Jerry's brother John is the guy who got Josh Hamilton to the Reds by agreeing to look after him. And, Sam the Brewer minor leaguer is named after his grandfather, who also played in the major leagues in the 1940's and then coached for the Pirates.

Anyway, several Cubs who won't make the major league roster cuffed not-so-young Sam Narron (he'll be 28 in July) around pretty good, capped by a three-run homer by Welington Castillo, which only served to make the score look respectable. And I just spent a fair amount of this post discussing a Brewers minor leaguer. Do we need real baseball or what?

Tomorrow, Carlos Zambrano will go against the Dodgers at Camelback Ranch. I looked through the Dodgers website to see who was going for them, and I can't figure it out. LA's pitching staff is in disarray, even now. Hiroki Kuroda pitched today in one of their split-squad contests, and Jason Schmidt started the other one, but Joe Torre says Schmidt won't make their rotation. (Incidentally, how glad are you that the Cubs didn't sign him?) That article says that Shawn Estes, of all people, is still in the running, and yesterday Jeff Weaver (bottom-scraping, are we?), Eric Milton (below-bottom-scraping, are we?) and Hong-Chih Kuo all got hit hard by the Rockies. The only ones left are Clayton Kershaw, Chad Billingsley or Randy Wolf, so I'm guessing tomorrow's starter will be one of those guys.

Cripes. I think I have to clean off my keyboard after typing all those names. No audio or video tomorrow, it'll be a Gameday afternoon.