Share All sharing options for: Saturday In The Park: Cubs vs. White Sox at Glendale, Saturday 3/21, 3:05 CT 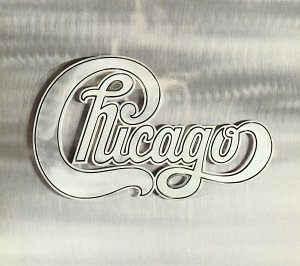 The Cubs make their second visit to Glendale's new Camelback Ranch this week, this time to take on the crosstown rival White Sox.

Newly anointed fifth starter Sean Marshall will face Mark Buehrle -- which means, given Buehrle's usual work pace, that the game should be a quick one. We are getting to the point in the spring where starters should be going six innings. Meanwhile, don't be surprised if Marshall gets a start against the Astros in the opening series or gets skipped entirely till the first homestand, because Lou and Larry want to start all righthanders against Milwaukee, and also because Rich Harden's first turn could be skipped as a result of his bout with the flu and Lou and Larry wanting to be careful with him.

Still worried about Cactus League attendance? The record attendance at HoHoKam Park, set Wednesday, lasted two days. Yesterday's crowd of 13,162 broke it; the 13-game average is now 10,253. Presuming sellouts in the six remaining dates, the Cubs will set an all-time spring attendance record of (approximately) 211,000 -- granted, with more dates than usual this year, that was probably a foregone conclusion -- and a healthy average of about 11,100.

Mike Fontenot will be a special guest on an upcoming episode of "My Boys," the TBS sitcom about a female sportswriter who covers the Cubs.

Fontenot will play himself in the episode, parts of which will be taped Tuesday at HoHoKam Park. Without revealing the plot, Fontenot said one of the male characters on the show makes a play for his girlfriend, who apparently is trying to make Fontenot jealous.

Fontenot, a natural ham, was perfect for the part. He said he has seven lines overall and already has learned them.

"I was on the phone with my girlfriend, then I told my sister. … I was pretty excited about it," he said. "I've been standing in front of the mirror rehearsing."

Derrek Lee won't play today, still resting his sore quad (maybe that's what's been affecting his hitting), but will be back in the lineup on Sunday.

It's official: Pudge is an Astro. Meanwhile, Andruw Jones may opt out of his minor league deal and become a free agent. (No, I don't want him as a Cub.)

The WBC resumes tonight, with one of the two semifinals, Korea vs. Venezuela, 8 pm CDT (TV: ESPN). MLB.com Gameday for Korea/Venezuela. Japan plays the USA in the other semifinal tomorrow, which means that either Ted Lilly or Kosuke Fukudome will be on a team which will be eliminated tomorrow night. Roy Oswalt will pitch against Daisuke Matsuzaka in the USA/Japan semi.

Today's game is televised via CSN Chicago (and MLB.TV) with the Sox announcers. It'll also be on WGN radio with Pat & Ron. Here's today's MLB.com Mediacenter for other games.