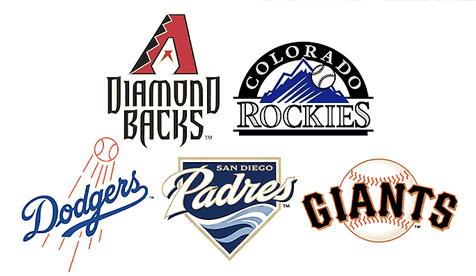 I'm here to tell you it's not going to be that much better in 2009 -- and of course, that means, probably, that we'll be surprised by one of these teams.

1) LOS ANGELES DODGERS I wouldn't have made this choice before LA re-signed Manny Ramirez. It's Manny's presence, more than anything else, that put the Dodgers, 54-54 when he was acquired, into the postseason. Manny hit .396/.489/.743 in 53 Dodger games, and of course, helped demolish the Cubs in the playoffs (I still can't believe that homer he golfed into the bleachers off Z). The Dodgers had good pitching, too, last year, but in 2009 that's not one of their strengths. Derek Lowe is gone, and that leaves Hiroki Kuroda, Randy Wolf and Chad Billingsley to "anchor" the rotation (and Billingsley suffered a minor groin strain in yesterday's game vs. the Angels). The Dodgers currently list Eric Milton as #4 on their starting depth chart (in reality, it's probably Clayton Kershaw). That's pretty scary. The bullpen is OK, led by closer Jonathan Broxton, but they may be trailing in too many games for him to make a difference. LA will hit and score some runs, and they will need to in order to boost a pitching staff that's not a good as last year's. It will still be enough to win this division.

Dodgers having good springs include Russell Martin (.423 after returning from the WBC) and Kuroda (0.75 ERA in four starts).

2) COLORADO ROCKIES The Rockies defended their 2007 NL title by, essentially, falling flat on their butts. They came out of the gate slowly, losing five of their first six, and when Troy Tulowitzki went down with an injury, that marked the beginning of a struggle of a season for the Rox. Tulowitzki's outstanding rookie year in 2007 not only provided good numbers for Colorado, but also leadership and the "heart & soul", for lack of a better term. Todd Helton, in his declining years, also got hurt and had the worst year of his career, playing only two games after July 2.

This year, healthy, the Rockies also feature something that's been rare for a Colorado team -- good young pitching. They'll need Jeff Francis to reclaim his 2007 numbers, but Ubaldo Jimenez, Aaron Cook and Franklin Morales provide the Rockies with a far better rotation than they may have had in any time in franchise history. With Brian Fuentes gone, either Manny Corpas (who has had some Marmol-like meltdowns in between looking unhittable) or former A Houston Street will close.

3) ARIZONA DIAMONDBACKS The Diamondbacks are... well, they're a fooler. They're the team that you always dismiss, and then somehow, some way, they find a way to contend, or at least to poke their noses in where they don't belong. Or sometimes the other way around -- last year, they looked like they were going to run away with the West early. They came into Chicago on May 9 at 23-12, 3.5 games in first place, and the Cubs swept 'em, and despite the fact that they led the West most of the way until September, the rest of the year was a struggle.

The D'backs have some pretty good frontline starters in Brandon Webb and Dan Haren, and have added inning-eater Jon Garland as their #3. The bullpen, not so much. Ex-Astro Chad Qualls will close, but he's prone to major meltdowns at times. He did save seven games last September without incident.

Adam Dunn's brief tenure in Arizona is over, so the D'backs' lineup is virtually the same as it was in 2008, with the exception of Felipe Lopez, expected to start at 2B. Justin Upton is one of the finest young outfielders in the game -- only 20, he could have a breakout season in 2009.

D'backs having good springs include Chris Young (.364, 2 HR) and Yusmeiro Petit (1.13 ERA in 8 IP). All the top three starters -- Webb, Haren and Garland -- have been pounded pretty hard so far.

4) SAN FRANCISCO GIANTS I just don't understand why the Giants didn't go for broke and sign Manny Ramirez. He fit their needs perfectly. He's a superstar name -- would have sold some tickets. They needed a left fielder (Fred Lewis? Please). And, their cleanup hitter and leading home run hitter last year was catcher Bengie Molina, who hit 16.

If the Giants had signed Manny, they would have been prohibitive favorites to win this division, because they have outstanding starting pitching, beginning with Cy Young winner Tim Lincecum, and continuing with Matt Cain (a hard-luck 8-14 in 2008). Jonathan Sanchez has talent, and you figure Barry Zito might be good for one good year out of that 17,000-year deal he signed a few years back.

Without Manny, the Giants' power hope is rookie 3B Pablo Sandoval, only 22 years old. Sandoval hit 20 HR in 112 minor league games last year and three more (and .345) in 145 major league AB (which means he won't qualify for the 2009 Rookie of the Year voting, which probably won't stop some writers from voting for him anyway).

The Giants have some talent. It's been speculated that a good deal for both teams would be to send Matt Cain to Milwaukee for Prince Fielder. It may never happen, and the Giants will show flashes of good play when their pitchers are on. But in the long run, they're consigned to fourth place.

Travis Ishikawa, who will start at 1B this year for SF, has 5 HR with a .321 average so far this spring. He has zero walks, though, and didn't walk much in 95 AB last year (9 times), so if pitchers figure him out, that average could go down quickly.

5) SAN DIEGO PADRES Here's all you have to know about the 2009 Padres: Kevin Towers recently said that he expected to have as many as four relievers on his Opening Day roster who aren't on the team now -- meaning he's going to be scouring the waiver wire or guys who are let go because they're out of options for other teams.

This is a bad, bad, bad, BAD team. Adrian Gonzalez is a good player -- the best they have. Chase Headley has a chance to be a good player -- he's dominated his minor leagues the last two years. They have a couple of decent starters (although Jake Peavy -- remember him? -- has been hit hard in the WBC) and a guy who can close (if they can ever get a lead to him) in Heath Bell.

I expect the Padres to lose well over 100 games.