Share All sharing options for: The Late Show: Cubs vs. Giants at Scottsdale, Thursday 3/26, 9:35 CT 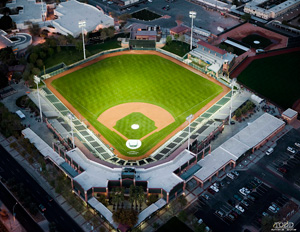 The only night game on the Cubs' Cactus League schedule will occur at the unusual time of 7:35 local time (most of the night games here are at 7:05). An old broken-down lefthander, Barry Zito, will face an up-and-coming lefthander, Sean Marshall. Zito is not having a very good spring (5 starts, 19.2 IP, 25 H, 8 BB, 8 K, 5.49 ERA, about in line with his two years in a Giants uniform), and at only 30 (31 in May), it has to be wondered if Zito is done, with five years and $94.5 million left on that free agent deal he signed before the 2007 season. It appears now as perhaps the most monumentally bad free agent signing ever.

Other Cub pitchers expected to go tonight are, with one possible exception, all pitchers who should be in the Opening Day bullpen: Luis Vizcaino, Kevin Hart, Angel Guzman, Aaron Heilman and Carlos Marmol. With the Cubs' spring roster having been cut to 37 the other day, don't expect any further cuts until after the Cubs face the Indians on Sunday. Tonight may be Hart's last shot at impressing Lou enough to make the 25-man roster, and Marmol is expected to throw tomorrow, too, to start getting into a routine of throwing on back-to-back days. And according to this Yahoo report, David Patton still has an outside shot at making the 25-man roster.

The front page of the Cubs website reports that Kosuke Fukudome will be in the lineup tonight. However, via Gordon Wittenmyer's Twitter (and also via email from Bruce Miles), here is tonight's starting lineup:

Early lineups can be changed, so we'll see what lineup actually takes the field. Incidentally, that looks very much like a regular-season lineup vs. LHP (that is, if you assume that Mike Fontenot is the starting 2B and not a platoon player).

The game can be seen on the MLB Network, and if you happen to live in the SF Bay Area, it's on CSN Bay Area, and on radio there too (KNBR) and at the MLB.com Mediacenter.

MLB notes: CC Sabathia will start the season opener and home opener for the Yankees, which means the Cubs will miss him in the two exhibition games there. On target to pitch those two games for the Cubs are Ted Lilly (Friday) and Rich Harden (Saturday). For Lilly, a former Yankee, that will probably be a very big deal.

Tomorrow, Carlos Zambrano will face the White Sox and Ryan Dempster will go on Saturday with the group down I-10 to Tucson (yes, I am planning to go there), with Lilly on Sunday and Harden to resume Cactus League play vs. the Royals on Monday -- and that should set up the rotation perfectly for Z to pitch on Opening Day in Houston.