Share All sharing options for: Head On Down The Highway: Cubs vs. Rockies at Tucson, Saturday 3/28, 3:10 CT 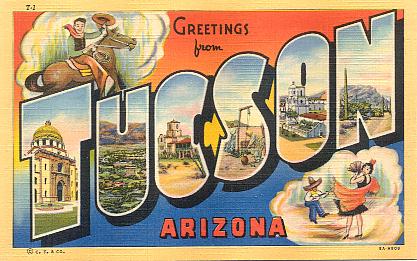 I've decided to take the drive down to southern Arizona for this afternoon's game (and the time in the headline is correct; first pitch will be at 3:10 CT, not 3:05 as most of the games are). With the White Sox' move to Glendale, the Diamondbacks and Rockies, the two remaining teams training in Tucson, now have the right to opt out of their deals there and move elsewhere within the next couple of years. As soon as they can get a complex built in the Phoenix metro area (and the D'backs and Rockies are expected to share one), they'll move.

So this may be my last spring visit to Tucson, though the Cubs will likely make a handful of trips down there for whatever time is left for Tucson spring baseball, which has a history dating back to 1947 when the Cleveland Indians first trained there. This also means today's game recap will be delayed while I make the two-hour-plus drive back to the Phoenix area.

Today, Ryan Dempster takes the mound for the Cubs against the Rockies' Ubaldo Jimenez. Yesterday, instead of pitching in the major league game as expected, Carlos Marmol, Aaron Heilman and Neal Cotts got their work in during a minor league game at Fitch Park. And don't worry about Marmol's bad outing on Thursday night, says Lou:

Piniella said the rough outings by Cub pitchers, including Marmol, in Thursday's game won't be considered in evaluations because of the windy conditions.

That probably applies to Sean Marshall, too, who didn't have his good command on Thursday night and as a result, issued five walks. And Lou says he'll still be announcing who the closer will be tomorrow. You may see Gregg pitch in today's game, since he hasn't thrown since back-to-back outings Monday and Tuesday.

Otherwise, I wouldn't expect too many of the regulars to make the trip to Tucson, since most of them played both Thursday night and Friday afternoon. Meanwhile, Bruce Miles' blog yesterday contained this interesting note:

In a procedurual move today, the Cubs outrighted outfielder Brad Snyder to Triple-A, taking him off the 40-man roster, which stands at 37. The Cubs claimed Snyder off waivers from Cleveland last September.

Snyder has some talent (and actually played in yesterday's game after being outrighted), but again, as after the move outrighting Richie Robnett on Tuesday, I wonder what the purpose of having three open spots on the 40-man roster at this stage of spring training would be, except to make room for possible outside-the-organization acquisitions. I've heard around camp that nothing's going on right now, but that could change before Opening Day.

Today's game is on WGN radio with Pat & Ron, also on broadcast radio in the Denver area on KOA (and on Denver TV via FSN Rocky Mountain), on XM 177, and at the MLB.com Mediacenter.