The Cubs' West Side Grounds, Honored At Last

Share All sharing options for: The Cubs' West Side Grounds, Honored At Last

There was some controversy over the wording of the plaque commemorating West Side Grounds that was dedicated that day last year. The wording was changed and a new plaque was placed on the site in late January, with no ceremony involved. I had been meaning to get over there for some time to take a photo of the new marker and post it; today was that day.

At last, perhaps, the restless ghosts of Cubs past can rest peacefully. 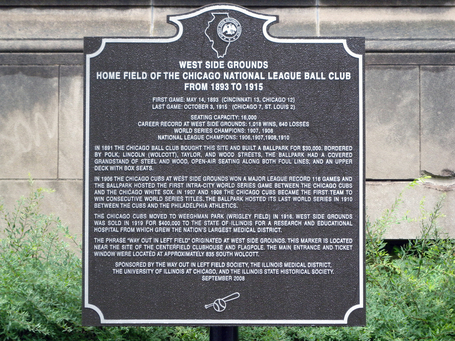