One thing the Cubs almost have to do once they get the Triangle Building designed and built is to make enough meeting space to hold the convention there. It has so far outgrown the Hilton & Towers -- probably ten years past when it should have been moved to a larger venue -- and it's gotten more ridiculous each year. Today, there was nearly an hour wait to get passes for people who already had checked into rooms. Then there were waits to get into sessions and waits to get out of sessions -- people could barely move around 8:30 last night after "Cubs Bingo" ended.

This isn't the most important thing, obviously, but something they'll no doubt have to address, as the convention has become a very important promotional tool for the team. There's more advertising around -- the photos Zeke posted last night advertising a fantasy camp are of banners they have put on the elevator doors in the main lobby.

More important to the future of this team is this photo: 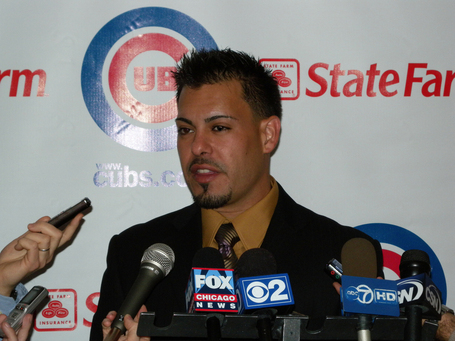 Geovany Soto showed up looking slim and trim and ready to go, having reportedly lost almost 40 pounds. This is outstanding news and shows that Geo has indeed devoted his offseason to getting into better shape. Further, rumors have it that Jim Hendry is working on an acquisition that might be announced as soon as next week. No, I don't have any inside info, just a rumor heard. You probably heard today about the delay the Cubs board asked for regarding the spring training decision, and I hope more information will be given in the sessions tomorrow with management.

Follow me past the jump for more photos of this year's team. 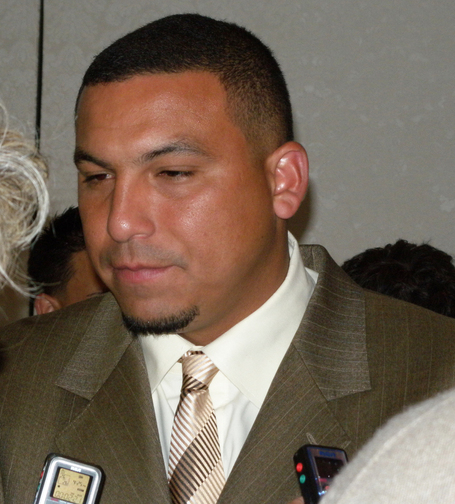 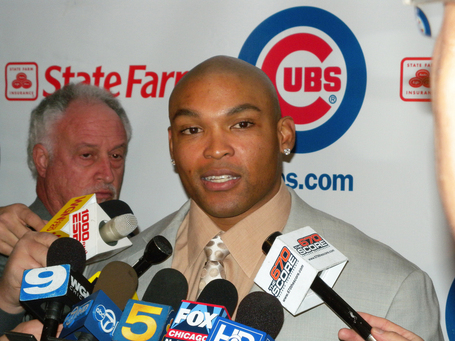 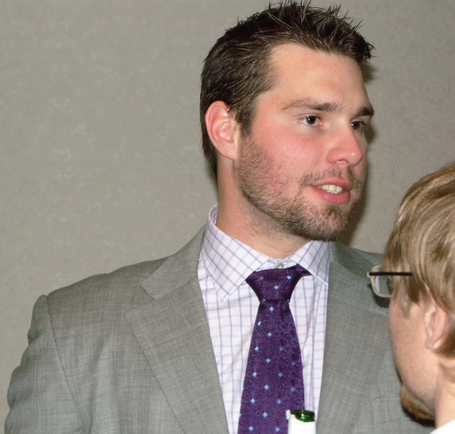 The Cubs will need a repeat of 2009 from Randy Wells 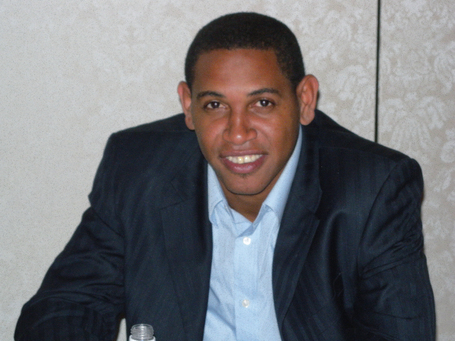 Carlos Marmol, ready to start the season as closer 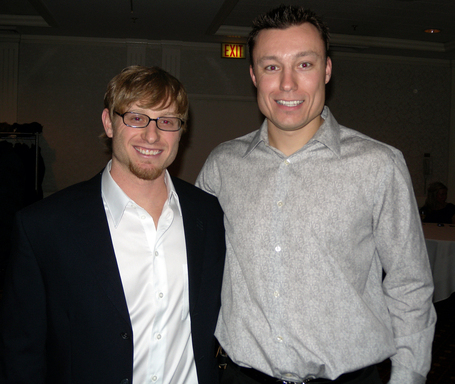 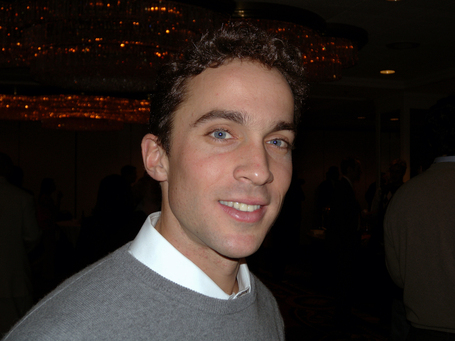 Our own Doggie Stalker's favorite, backup OF Sam Fuld