Share All sharing options for: Mike Quade: A Baseball Odyssey

Cubs manager Mike Quade was selected by the Pirates in the 22nd round of the 1979 draft, the 560th player chosen. He played for five seasons in their minor league system and then began managing Pirates minor league teams. In his baseball journey, he's played and managed in many cities around North America and the Caribbean for five major league organizations (Pirates, Expos, Phillies, Athletics and Cubs).

Here's a map that shows all the locations where Mike Quade has played or managed. Click on the image to call up a Google map I created that lists the cities, years and jobs he's had. 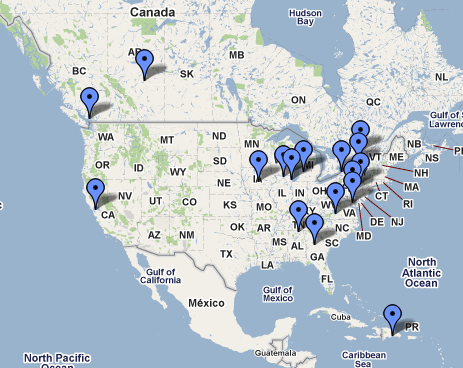