Are You Ready For Some Football? Wrigley Field Is

Share All sharing options for: Are You Ready For Some Football? Wrigley Field Is

This morning, the Cubs and Northwestern held a joint news conference outside Wrigley Field on a sunny Monday morning -- the weather far better than many April Opening Days on the North Side.

Part of the purpose was to have a ceremonial beginning of the temporary repainting of the Wrigley Field marquee in purple to honor the Northwestern Wildcats, who will be the host team for this Saturday's game against Illinois. For more on the painting ceremony and the result, see this post from SB Nation Chicago.

NU's athletic director Jim Phillips said that he hoped people in Chicago would find this to be a bowl-type atmosphere, even though it's a regular season games. Both schools have bowl hopes, and the Wildcats come into the game ranked 25th in the USA Today coaches poll. There will be plenty of hoopla surrounding the game, including the visit of the ESPN GameDay crew beginning at 8 a.m. Saturday live from Sheffield Avenue, where the Cubs, Northwestern and the city are going to host "Wildcat Way", with party tents and big-screen TVs showing college football games, with food and drink available.

The field looks great -- as you will see in the photos after the jump, there's a bit of a tight fit on the east side near the right field wall. They've put up pads with fake ivy printed on them so that any players running through the end zone won't crash into a brick wall. And the tight fit made for a unique solution of where to put the goalposts.

Follow me past the jump for photos of the football field at Wrigley, and a couple of drawings of what Wildcat Way on Sheffield will look like. 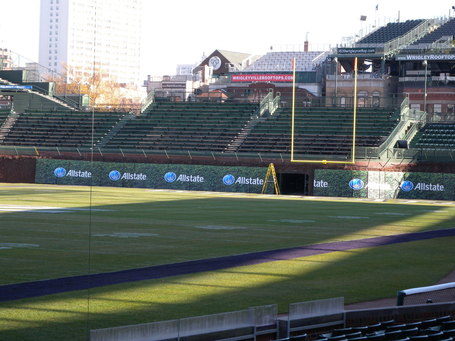 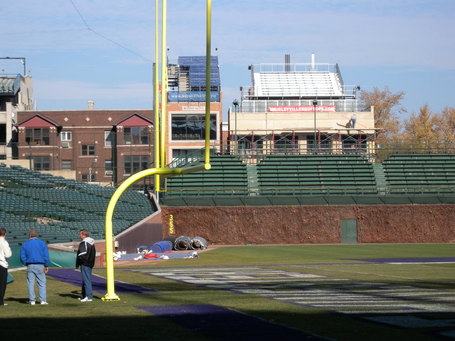 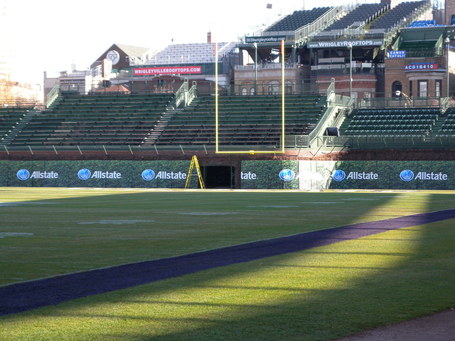 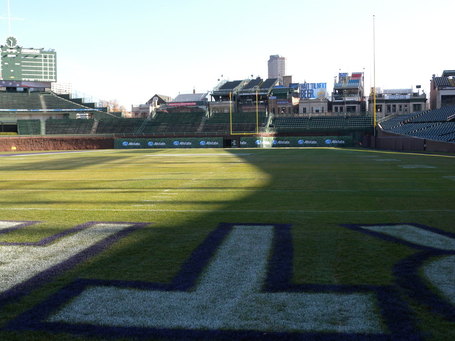 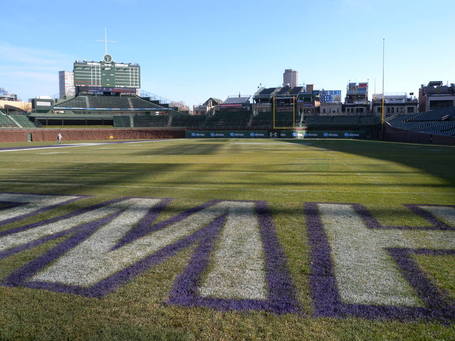 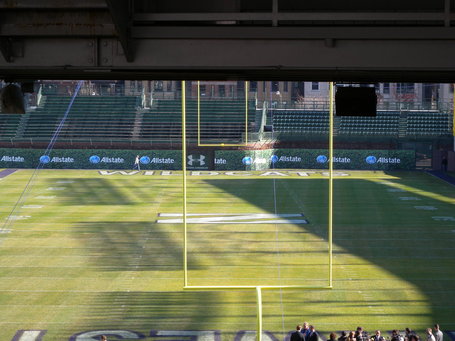 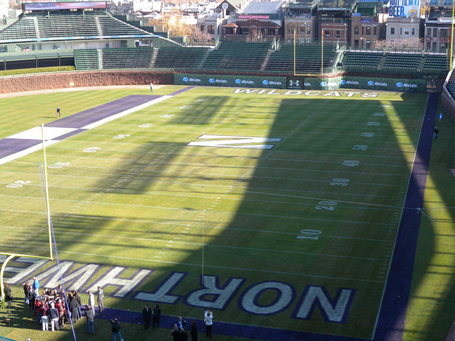 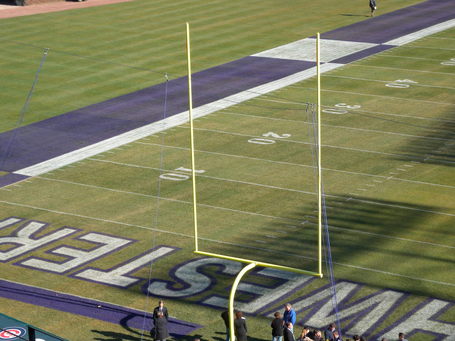 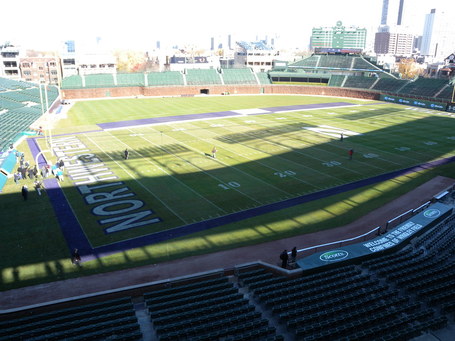 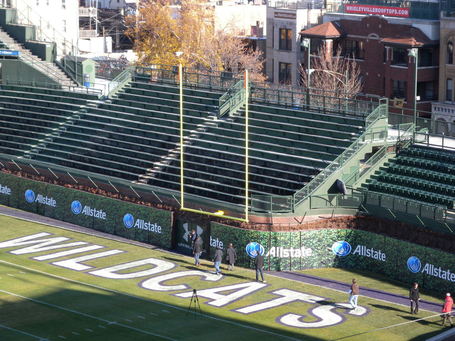 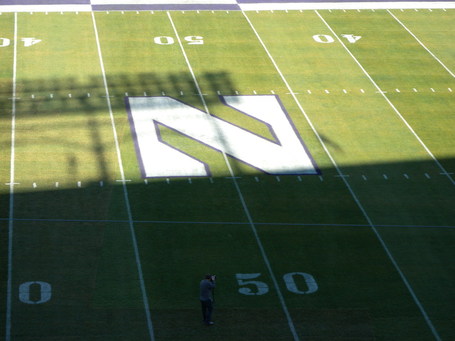 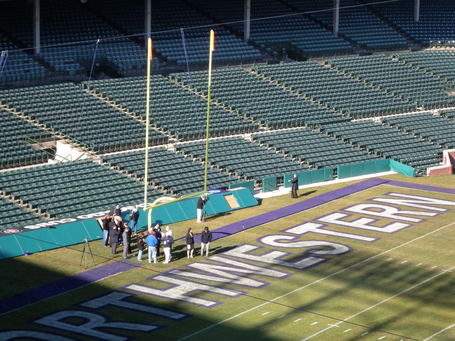 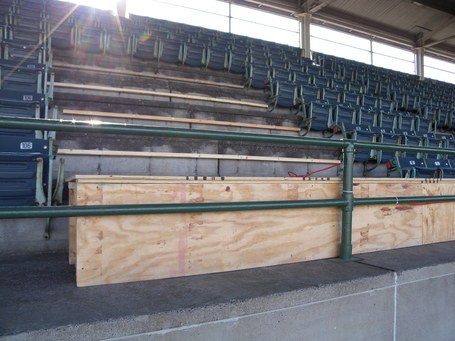 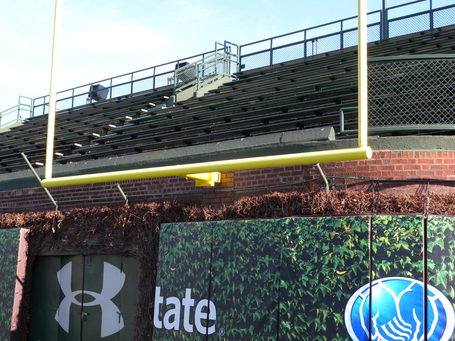 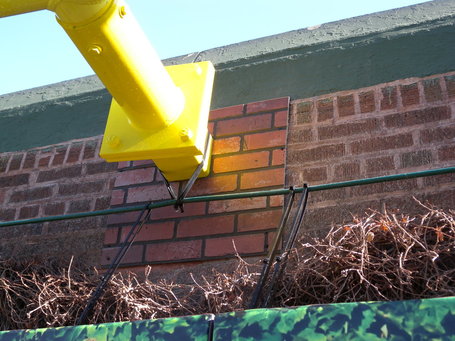 Closeup of attachment of goalpost -- on fake brick. 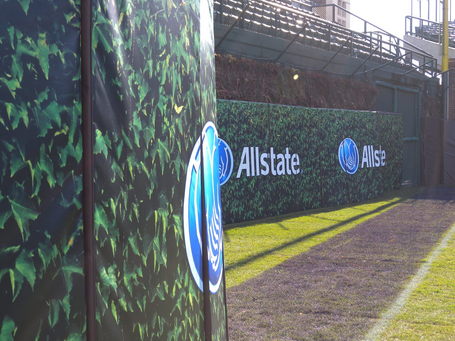 Thick padding on OF wall behind east end zone 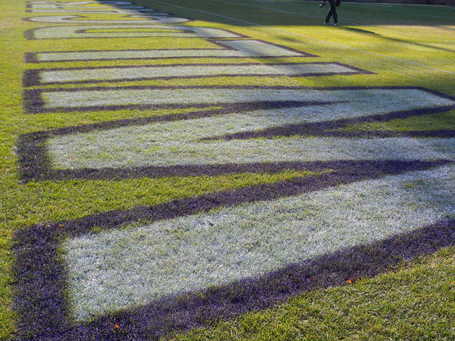 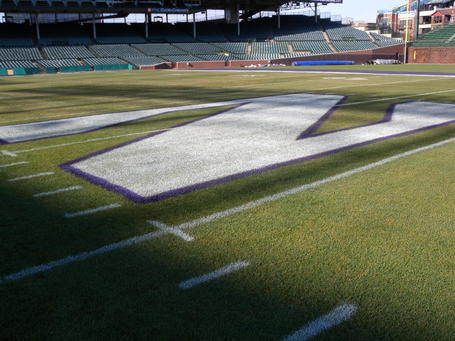 Click on photos to open larger versions in new browser windows; all photos by Al Yellon 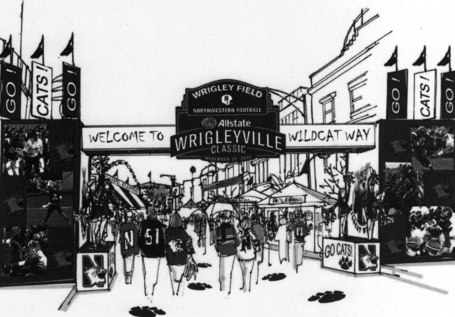 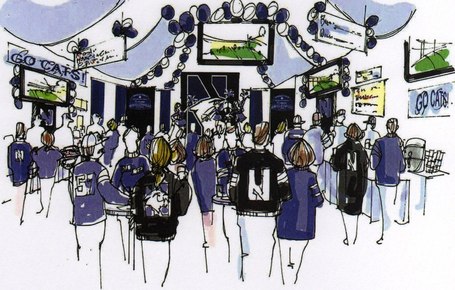