Many of you watched the CBS series "Undercover Boss" last night that featured Tom Ricketts' brother Todd working several jobs at Wrigley Field. This fanshot started the discussion last night; I'm continuing it here because the Cubs invited about 250 Wrigley Field employees and their families to a viewing party at Harry Caray's on Sheffield last night.

If you didn't see the show, Todd moved out of his suburban home and into a barely-furnished space on Sheffield across from the ballpark for several days. CBS approached the Cubs about doing this particular episode, and apparently had enough material that they considered making this a two-hour show. Todd worked cleaning bathrooms, vending hot dogs, on the ground crew, parking cars and in the scoreboard. (He said that raising the "W" flag was the highlight of his time, and cleaning the bathrooms was the most difficult and demanding task.) You'll see parts of Wrigley Field you've never seen before.

Naturally, this being a reality show, there had to be a happy ending. Todd Ricketts did something nice for each of the four men he worked with, and because this is a prime-time TV show, it was a bit melodramatic.

But one thing I found from watching the reactions to the show of the people who work for the Cubs who were at this party is the complete dedication that each one of them has for their work, and although none of the baseball people were there, there's no doubt in my mind that all of them are working toward the singular goal of winning the World Series. If you think Tom Ricketts and his family aren't dedicated to that, too, think again. It's not easy to rebuild a baseball team on the field, as we have learned. But there are other things they have done to improve the organization and the ballpark, and that's continuing this offseason. Todd Ricketts said during the show that they want this to be like a family business and that everyone who works there should feel like family. They've already started a process to take suggestions from employees, something Tribune Co. never did.

I have no doubt that the Ricketts will bring us a winner.

If you missed the episode you can watch it here (annoying commercials included).

After the jump, a photo of all of the "Mark Dawson" ID badges that Todd Ricketts used during his time working at Wrigley Field. 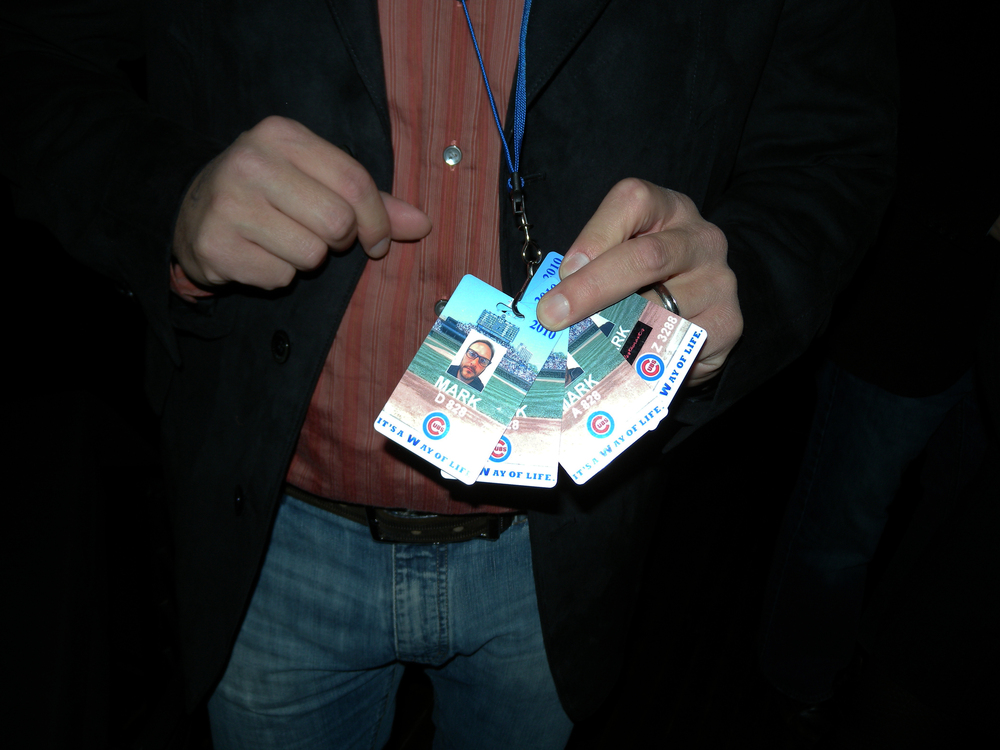