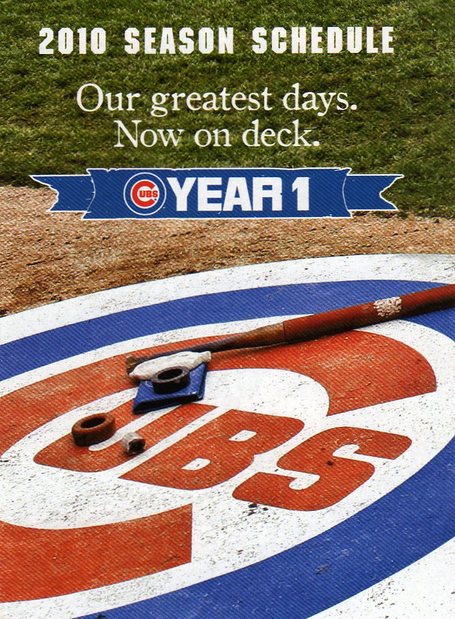 The photo above is what you'll see on the cover of the new pocket schedules at Wrigley Field if you go there to get a ticket wristband. They are open until 10 pm tonight and from 7 am till 10 pm tomorrow. I can report that for the first time in memory -- since they started the wristband system several years ago -- there was absolutely no line in midafternoon (I was there just after 2 pm). Even last year, there was a ten-minute wait, and some years the line snaked around the ballpark for up to 90 minutes.

I'm not sure if this means demand is lower in general, or just because a lot of people who might otherwise have done the wristbands have bought season tickets this year. We'll find out on Friday.

Other notes after the jump.