After the discussion of the photos I posted yesterday (taken on Saturday) of the work going on at Wrigley, I decided to head on over there today to take a look at what was going on and take some more photos.

The scoreboard looks the same as it did the last time I was there -- thus, no new photos. As you can see by this photo, many more of the concrete panels have been removed. They are nowhere to be seen. The removal of the panels doesn't seem to have been done to bring equipment inside; after the fold you'll see that the work is being done on the structure itself, behind where the panels were attached. 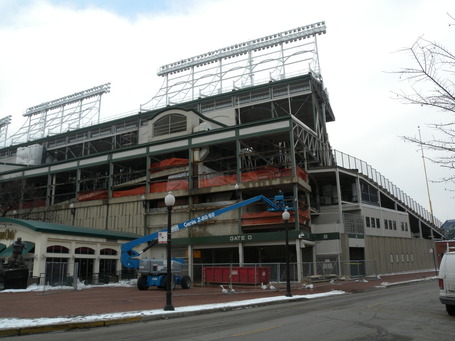 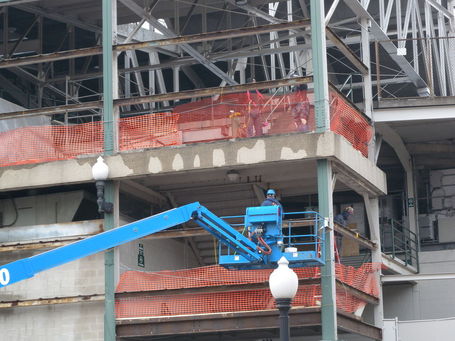 Shot through the knothole (thus, the poor visibility through the fences), you can see the wall behind the LF bullpen is being repaired or replaced (based on some looks from the Wrigley webcams last fall, which are now offline, it's "replaced"). 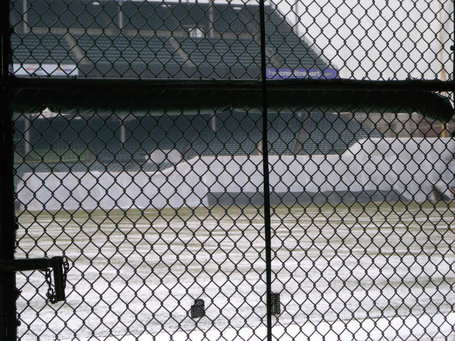