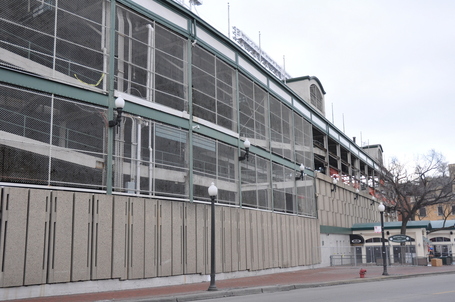 This may look like just a dull photo of the Addison St. side of Wrigley Field (taken Saturday, February 6), but there's plenty of history and information here. First, based on this ESPNChicago.com post from Bruce Levine, the removal of the concrete panels has a purpose:

The team also is building a mirrored opening on the back end of the right-field wall with the intention of allowing fans outside of the park to watch Cubs players take batting practice under the right-field stands.

I'm not quite sure how that would work -- but that's apparently what this project is going to accomplish. The concrete panels, according to Ed Hartig, were first installed in 1958, to reduce noise. Not noise from inside the park disturbing the neighborhood, but to reduce outside noise from coming in. (Not sure why that would have been an problem!) According to an article that appeared in the Chicago Tribune article on January 10, 1960, the panels were eventually supposed to cover the entire exterior of the park, but the work was never completed. (Can you imagine how ugly the exterior would be if they had finished?) Now, it's time to get rid of the ugly panels. The same 1960 article, incidentally, says that the seating bowl between the dugouts was completely removed so that new concrete and steel could be laid at that time -- so that area is only 50 years old, not 95.

After the jump, more photos of the scoreboard work, including closeups where you can see the backs of the numbered and team panels and the interior stairways inside the board. 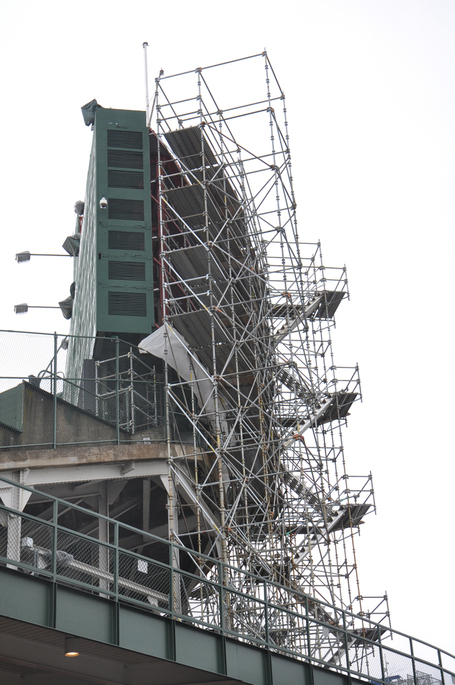 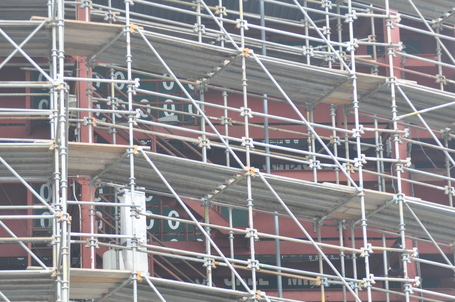 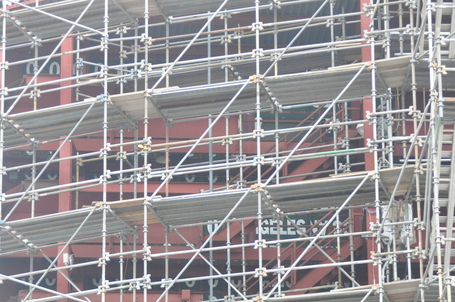 Click on photos to open larger versions in new browser windows. All photos by David Sameshima