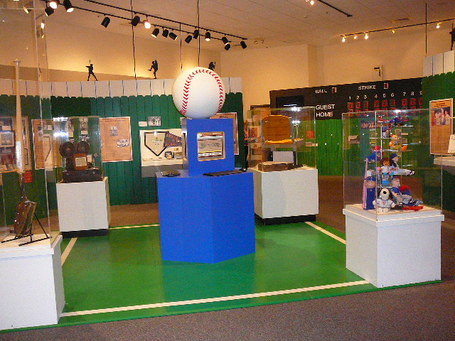 This afternoon, the Cubs will play ball for real for the first time in 2010 in the Cactus League opener against the Athletics at Mesa. Game threads will be up later today for the 2 pm CST start, starting with the game preview at noon CST.

If you're heading there, or going to any spring training games in Mesa, I highly recommend to you a stop at an exhibit called "Play Ball: The Cactus League Experience", which is headquartered in the Arizona Museum for Youth in downtown Mesa. I saw this exhibit last December when it was in the Mesa Historical Museum (which has since temporarily closed while looking for new space), and it captures the flavor of spring baseball in Arizona with photos, memorabilia and interactive games. The movie camera you see in the photo above, for example, was used for many years in the 1960's and 1970's to take film of Cubs spring training games. The film then had to be flown to Chicago, with no uplinks available at the time, in order to be shown to Cubs fans on WGN's newscasts.

Lisa Anderson, Executive Director of the Mesa Historical Museum, told me that they eventually hope to partner with the Cubs in whatever new spring training complex they do wind up building to make it a permanent exhibit of the more than 60 years of spring baseball in the Valley of the Sun. Until then, you can see it this spring at the Arizona Museum For Youth at 35 N. Robson in Mesa, which also has other exhibits aimed at kids. Hours are 10-4 Tuesday through Saturday, and noon-4 on Sunday.

More details on the exhibit (well worth your time) in this examiner.com article and more photos after the jump. 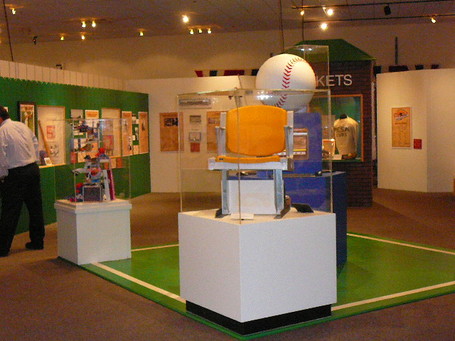 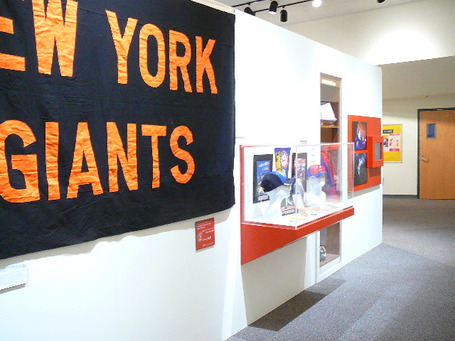 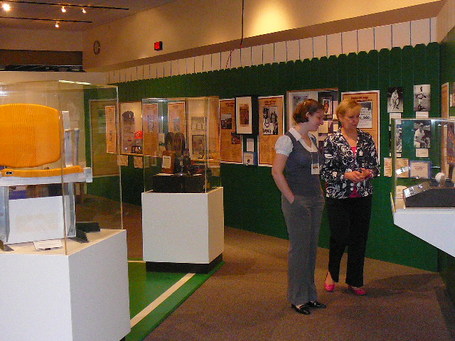 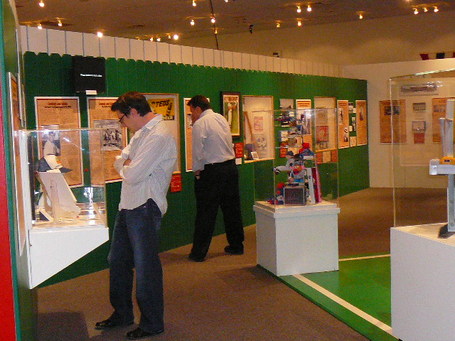