Cubs Lower 2013 Ticket Prices By As Much As 10 Percent

The Cubs acknowleged Tuesday, in sending invoices to season-ticket holders, that many tickets were priced too high; some season packages are down as much as 10 percent from 2012 pricing.

Share All sharing options for: Cubs Lower 2013 Ticket Prices By As Much As 10 Percent

Cubs season-ticket holders received their invoices for 2013 Tuesday afternoon, and rather than go through a huge number of numbers, I think I'll just let you look here at the complete pricing chart for next season: 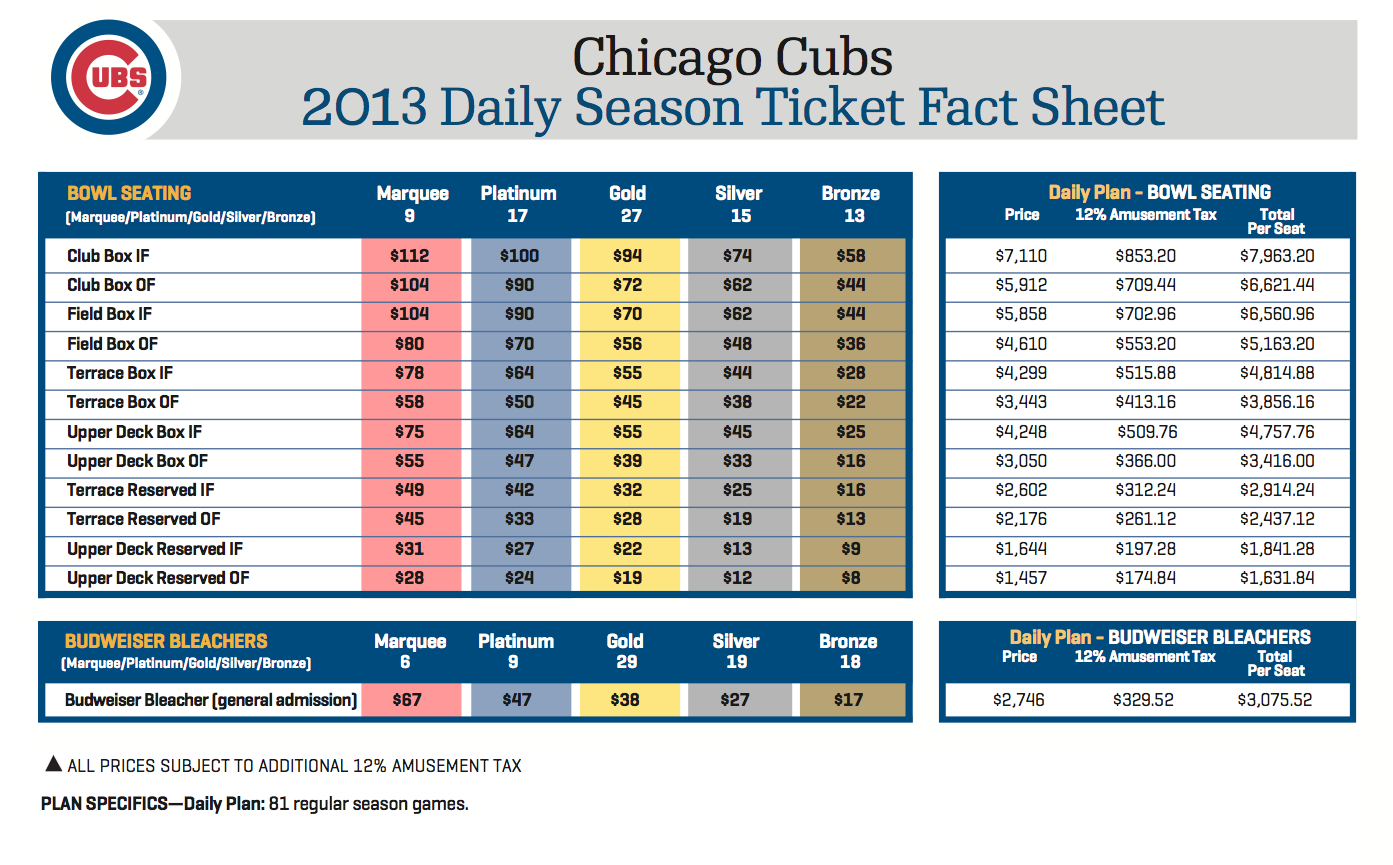 Despite the comments of some here that think I am going to take credit for this, obviously, I know I can't; the post I wrote on Sunday laying out what I thought would be a good pricing scheme was written long after these prices were already set.

It does appear that I came pretty close to the Cubs' own thinking on changing prices, though, particularly in the bleachers. They dropped the number of marquee games -- and the price of said games -- and increased the number of lower-priced games, although they have those pricing tiers a bit higher than I would have set them.

In all, I think this is a pretty fair pricing scheme. It will encourage current season-ticket holders -- at least in the bleachers, where prices went down 10 percent -- to renew, and will possibly entice people on the waiting list to buy in.

For people who have season tickets now and are looking for partners to split the package with, I have created this post where you can either advertise for partners, or post that you are looking to get into a season-ticket group.

All told, I think this is a good balance between the Cubs needing ticket revenue, and acknowledging that many tickets were priced way too high.