The Cubs continued their 1940 slide the following year, finishing even worse. But early on, they won an exciting extra-inning affair in St. Louis.

Share All sharing options for: A Game From Cubs History: April 20, 1941

A Cubs fan could have been forgiven if he or she were excited about the 1941 team four games in. The Cubs won three of their first four games, including an 11-10, 10-inning, come-from-behind win over the Cardinals in St. Louis.

A game like that today? We'd be talking about it for weeks. In 1941, though, what we have is Edward Burns' recap from the Tribune:

Unfortunately, there wasn't much fortitude left in the 1941 Cubs. They quickly lost 11 of their next 15. By May 26 they were 10 games out of first place and never again reduced that deficit below double digits. At 70-84, it was the second straight year the Cubs underperformed their Pythagorean projection by seven games.

Here's the full scorecard image from 1941. Click on it to open a larger version in a new browser window or tab 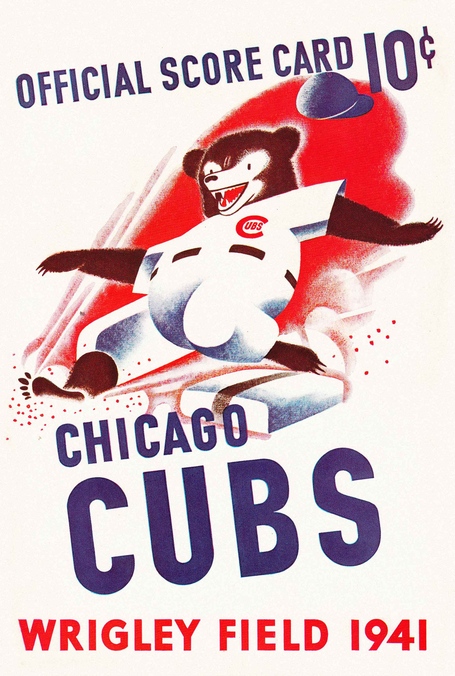