Share All sharing options for: A Game From Cubs History: July 16, 1958

No Cubs fan who lived through the 1957 debacle of a season (92 losses) would have predicted the Cubs' great start to 1958. A 13-7 beginning had them in first place in early May; that, unfortunately, was followed by a 6-14 stretch that dumped the team into sixth place.

But then they started winning again, slowly, but surely, and after a doubleheader sweep of the Redlegs July 16, the Cubs were 45-41, just 2½ games behind the front-running Braves. For the first time in many years, a new name appeared in the Tribune, writing up the game recaps: Richard Dozer. Here's how he wrote up that sweep:

Here's the 1958 scorecard full image; click on it to open a larger version in a new browser window. 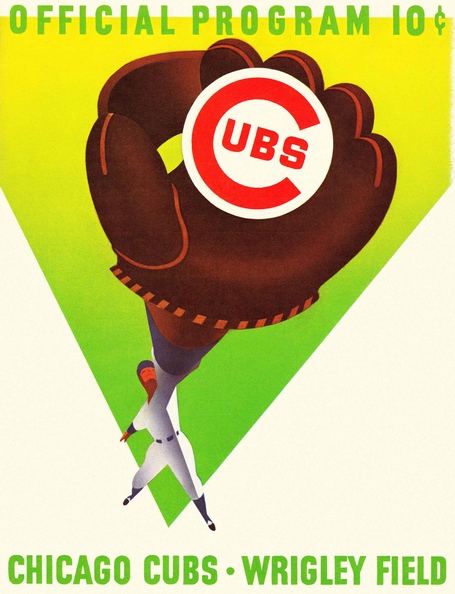