Cubs To Build Baseball Academy In The Dominican Republic

Share All sharing options for: Cubs To Build Baseball Academy In The Dominican Republic

Thursday morning, Cubs chairman Tom Ricketts and his siblings, along with Carlos Marmol and Starlin Castro, announced the building of a baseball academy in the Dominican Republic.

It will be located in La Gina and at 50 acres, the Cubs' new baseball academy will be the largest property of any academy in the D.R. In addition to baseball training, the academy will house the players and serve as an educational center. It will be a year-round training facility for major league players (during the offseason) as well as minor league players. In addition to the Dominican Republic, the academy will serve players from many other countries, including Venezuela, Panama, Colombia, Brazil, Nicaragua, Aruba, Curacao and Mexico.

The academy will feature four fields (including one turf field), four covered batting cages, eight bullpens, a weight room, a cafeteria and kitchen, two locker rooms, two meeting rooms, a large classroom that can be converted to four smaller classrooms plus a theater and video room.

The on-site dormitory will house up to 80 players and eight staff members.

The academy will also have an educational center equipped with classrooms and staff to teach English and Spanish to players and personnel. Players will also have an ability to earn their GED (high school equivalent). This center will place an emphasis on education, health and nutrition.

The Ricketts family is committed to helping the Dominican Republic. Their recent donation to the Institute for Latin American Concern (ILAC), a collaborative health care and educational organization in the Dominican Republic, helped fund a clinic whose goal is to reduce hypertension and diabetes in the D.R. This project will also create construction jobs during the building process and future jobs at the academy once the project is complete.

After the jump, more renderings of the academy. 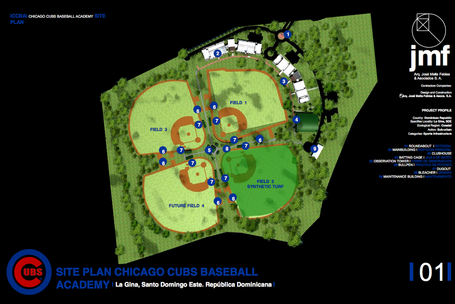 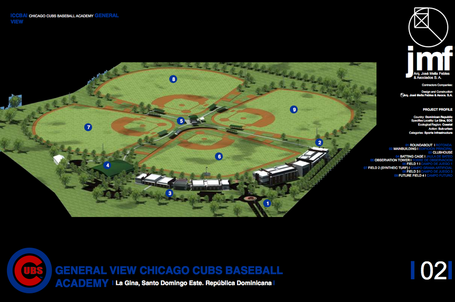 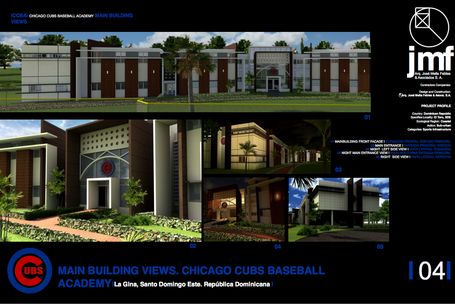 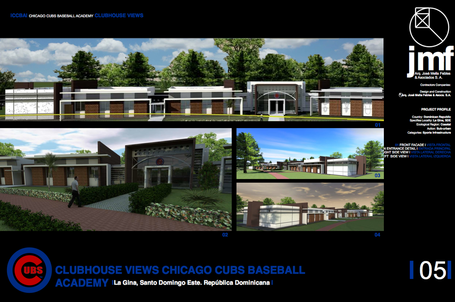 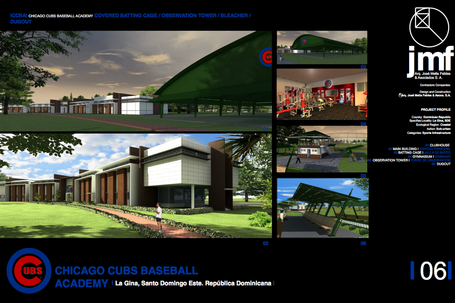 Click on images to open larger versions in new browser windows or tabs.