The annual fan festival in downtown Chicago is in a new location for this year. If you're going, you'll need a map. (Even the people showing everyone around need maps. It's a big place.)

Here's the biggest impression I took away from a day spent at the new venue for the Cubs Convention at the downtown Chicago Sheraton Hotel and Towers: it's a work in progress.

Though I have been writing for many years that the old venue at the Hilton had been outgrown a decade ago, and I was glad the Cubs chose a new location, there was one thing the Hilton had: familiarity. Going to a brand-new place -- even with maps -- took some getting used to.

There are good things and bad things about the new location. Good: the location itself, closer to North Michigan Avenue and other tourist attractions. Easy to get to from almost anywhere. Bad: bottlenecks around just about anywhere there's a player found for autographs, one of which was going on in the main lobby near the registration desk at the time I arrived. Good: everything's accessible by escalator in one central location. Bad: everything's accessible by escalator in one central location. The problem with it, of course, is that because it's in a central location, everyone has to use the escalators to go from one of the four (!) levels you'll find convention venues, from registration to a new season-ticket holder lounge (nice touch) to charity auction areas to the main room where vendors are located to the ballrooms where the panel discussions will be held Saturday.

Oh, and about those ballrooms? People waiting to play Cubs Bingo -- one of the most popular events at the convention -- had to stand around and cool their heels until only about 15 minutes before the event because it was in the same room as the opening ceremony. This hadn't been the case at the Hilton. Thus, when they finally opened the doors, there was a mad rush to get to the tables. This, while others were waiting in long, snaking lines in the vendor area for the "autograph hunt" signers.

It appeared to me that some of the meeting space in the hotel wasn't being used, or was being underutilized. Again, since this is the first time they've used this venue, I'll give them this year to work out any issues, and hopefully, it'll be better in 2014. (It had better be, because the Cubs have signed a long-term marketing deal with Starwood Hotels, owner of the Sheraton.)

No big news was made today, other than the signings of James Russell and Jeff Samardzija, which you read about here earlier today; as a result, no Cubs will have arb hearings this season.

The room hosting the Opening Ceremony was not completely filled; there was space at the back where you could see and hear everything. Some people I talked to said they thought the room was larger than the Grand Ballroom at the Hilton; others said it was smaller. With a lower ceiling, it was difficult to tell; it appeared to me about the same size. It's still not that comfortable for people to stand around for more than an hour -- some people were sitting outside the room waiting for it to open for even longer than that; I'm not sure what the answer is to that, since they want to maximize the number of people who can see that event in person.

Videos by the Ricketts family were shown, along with a WGN-produced video of last year's highlights. Yes, the latter video was pretty short. Hopefully, future videos will be longer. The largest ovation given to a former Cub was to Kerry Wood, with Ernie Banks a close second. Ernie will be 82 in a couple of weeks; he's still pretty spry for a man that age.

Among players for the 2013 team, Anthony Rizzo got the loudest cheers. You can already see -- and I noticed this in talking to him myself -- the leadership qualities he has, even though he's just turned 23. He said he was quite excited to represent Italy in the World Baseball Classic; even though he doesn't speak the language and has never been there, he said it was an honor to be chosen. I look for big things both on the field and in the clubhouse from Rizzo.

New broadcaster Jim Deshaies is terrific. Talked to him about baseball and broadcasting for quite some time, and, for lack of a better term, he "gets it" -- I think he really understands what being a Cubs fan is all about. He'll be an excellent partner for Len Kasper. Incidentally, Len and Mick Gillispie will be doing the internet broadcasts again for spring training, and Len and Jim will be doing six spring-training TV games. The exact spring broadcast schedule should be available soon. Also, for those wondering about single-game ticket sales, they'll be on sale Friday, March 8.

There is one thing that's absolutely the same at the Sheraton as it was at the Hilton -- I still couldn't get any sort of reasonable cellphone signal there. I did manage to tweet out a couple of Twitpics -- would have done more if I'd been able to get service. Hopefully, it'll be better Saturday.

I ran into BCB'ers Endrick and cooliogirl47 -- nice to see you both. Hope to see more of you Saturday. Here's a selection of photos; all photos by me. 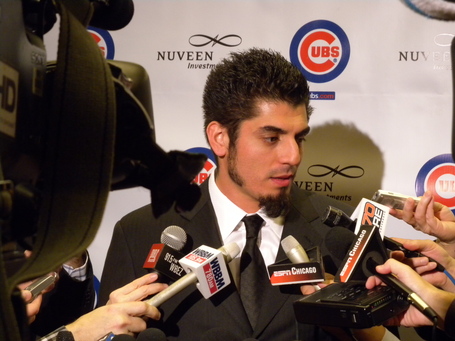 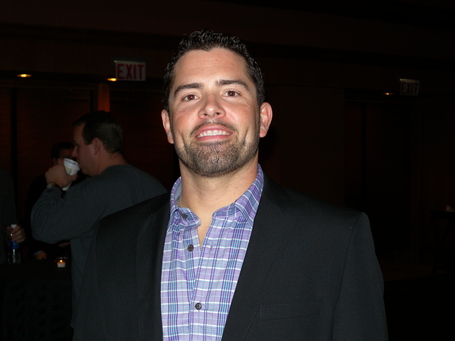 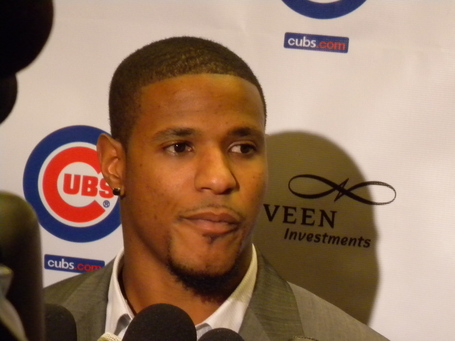 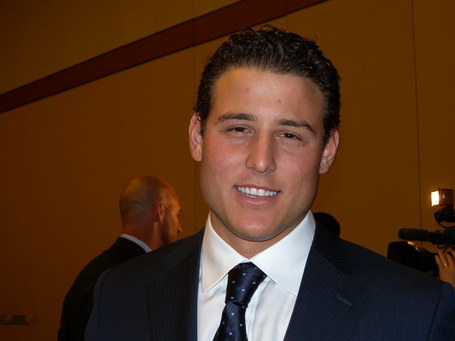 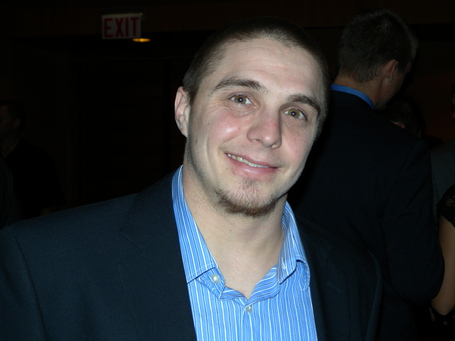 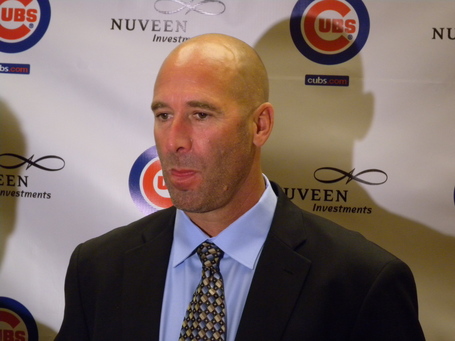 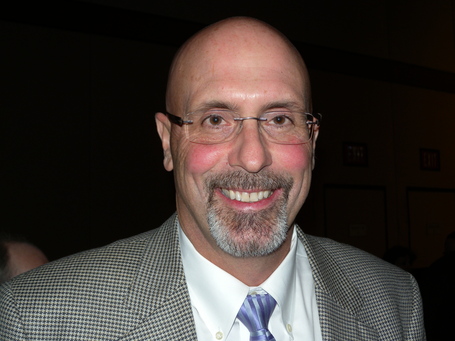 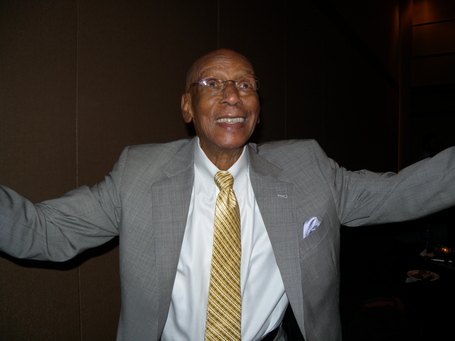