The Cubs, once again, teased their fans with brief pennant contention in midsummer.

Share All sharing options for: A Game From Cubs History: July 28, 1959

In the 10 years from 1947 through 1956, the World Series was played entirely within the city of New York seven times.

The White Sox won the American League pennant in 1959, their first pennant in 40 years. Wouldn't it have been something if the Cubs could have matched that feat, making for the first all-Chicago World Series in 53 years?

It wasn't as far from happening as you might think. The National League in 1959 was what Bill James later termed a "compressed league"; the Braves and Dodgers tied for the league lead at 86-68 (the Dodgers won two straight in the then two-of-three tiebreaker), and the spread from first place to seventh (the Cardinals) was only 15 games.

The Cubs had their best year since 1952, and again, it was on the back of MVP Ernie Banks. Ernie became the first NL player to win back-to-back MVP's, hitting .304/.374/.596 with 45 home runs and a league-leading 143 RBI. Unfortunately, he was about the only good hitter on the team.

Maybe they could have won the pennant with better pitching. You know, like with a pitcher such as Sam Jones, who had thrown a no-hitter for them in 1955. Whoops -- nope; they traded Jones to the Cardinals for no one of consequence after 1956. In 1959, Jones, by then with the Giants, led the NL in wins (21) and ERA (2.83) and had there been single-league Cy Young Awards then (there was, at the time, just one such award), he would have won the NL version -- the award went to Early Wynn of the White Sox, with Jones finishing second in the voting.

Such is Cubs history. Anyway, the '59 Cubs muddled around .500 for the entire first half of the season, never getting more than three games over or four games under through early July. Then they went on an 11-5 run, and after defeating the Braves in Milwaukee July 28, they stood just 4½ games out of first place. Richard Dozer has the recap from the Tribune:

In that quote you see not one, but two pitchers whose teams gave up on them. Bill Henry pitched very well for the Cubs in relief in 1958 and 1959; naturally, that meant he was shipped away after that season to the Reds, with two others, for the other Frank Thomas, who had been a decent power hitter for the Pirates. Naturally, Thomas wasn't any good for the Cubs and Henry's relief pitching helped the Reds to the 1961 pennant.

Meanwhile, the Braves shipped out the then 23-year-old Pizarro after 1960; later, he had four really good years for the White Sox. He eventually wound up as a Cub in 1972, at age 35, long after he was any good. Also of note from the Braves side of the boxscore from that game -- go look at where Hank Aaron started. It was one of five straight games he started at third base, for reasons unknown.

For the 1959 Cubs, as had been the case so many other times in the 1950s, they teased their fans with marginal contention, then collapsed. The July 28 win was immediately followed by a seven-game losing streak, dropping the team to 9½ games out of first place; they finished 12 games behind.

Here's the 1959 full scorecard image. Click on it to open a larger version in a new browser window or tab. 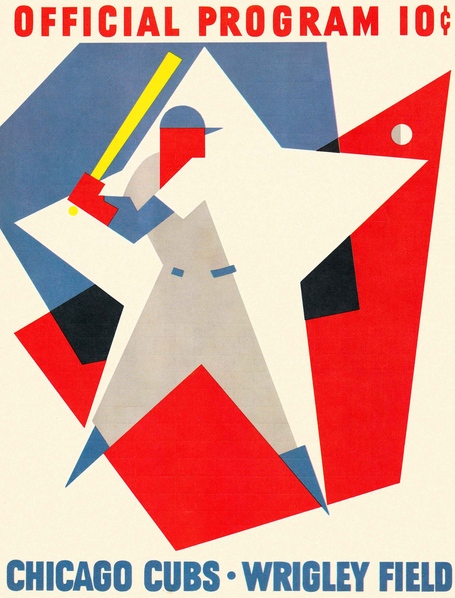