The Cubs ended the era of the 154-game schedule with another 90-loss season. This date, though, produced a dramatic victory.

Share All sharing options for: A Game From Cubs History: July 26, 1961

It was in 1961 that Cubs fans learned that Ernie Banks was human after all. He'd hit 40 or more home runs in five of the previous six seasons -- something his future Hall of Fame contemporaries Willie Mays and Hank Aaron never did -- and appeared to be an ironman player at shortstop. He'd begun his career with a consecutive game streak of 424 games before a broken hand in 1956 made him miss time. When he returned from that injury, he started another such streak, which reached 717 games before nagging knee injuries had him voluntarily sit out starting June 23, 1961 for a week.

He sat out another week or so in July, and then in his second game back July 26, Ernie reminded Cubs fans why he won those two MVP awards. He didn't start that Wednesday afternoon game against the Cardinals at Wrigley Field, but was sent up to pinch-hit for shortstop Jerry Kindall in the bottom of the eighth, with two runners on, two out and the game tied 3-3. Banks smashed a three-run homer to put the Cubs up 6-3; unfortunately, Cubs relievers weren't up to the task, and the game was tied on a two-out, two-run, ninth-inning single by Stan Musial.

To extras they went, and Richard Dozer of the Tribune describes what happened in the 12th:

Bob Will, the next hitter, singled in Santo on a 2-1 pitch to win the game. (Note the spelling of "booes" in the quote.) It was one of just 64 wins for the Cubs in 1961, making it the second straight 90-loss year, and eighth such season since 1948. It was also the first year of P.K. Wrigley's College of Coaches; Vedie Himsl, Harry Craft, El Tappe and Lou Klein were the four victims "head coaches" that season. Only Craft and Klein ever managed again after the College was disbanded following the 1962 season.

Here's the full 1961 scorecard image; click on it to open a larger version in a new browser window or tab. 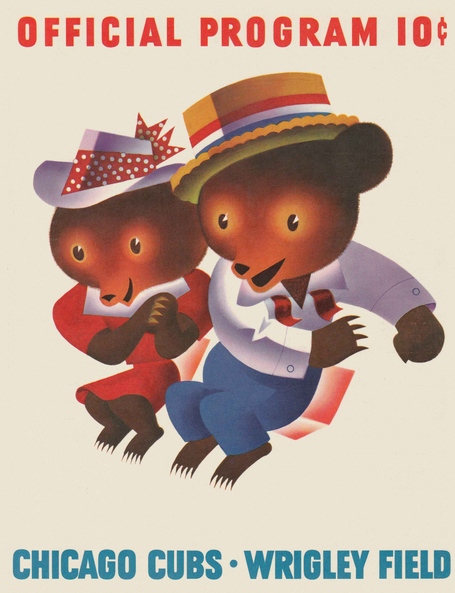