The Sordid Travels of a Cubs Fan: "The Afterlife"

In honor of the "Day of the Dead", I took a trip to the Cubs Fan Burial Wall, "Beyond the Vines", to pay my respects to those great fans who have gone before us, and keep our Cubbie hopes alive.

Share All sharing options for: The Sordid Travels of a Cubs Fan: "The Afterlife"

Samhain, better known to the world currently as Halloween, is an ancient Celtic and Pagan holiday, at which time the veil between the living and the dead is lifted, and spirits are said to walk the Earth. The rituals surrounding death vary from culture to culture. From ancestor worship in the Far East, to the festive Day of the Dead celebrations in Mexico, every person on the planet faces the end of their mortality with a unique perspective and belief system. Chicago's contribution to honoring departed Cubs' fans belongs amongst the great monument's to the world's varied burial traditions, and also to our city's long and haunted baseball history. I am writing of "Beyond the Vines", the Cubs fan burial wall located at Bohemian National Cemetery in Chicago. I thought it would be a fitting tribute to our lost Cubs fans to pay them a visit on this day in which we take a moment to honor those who have gone before us. 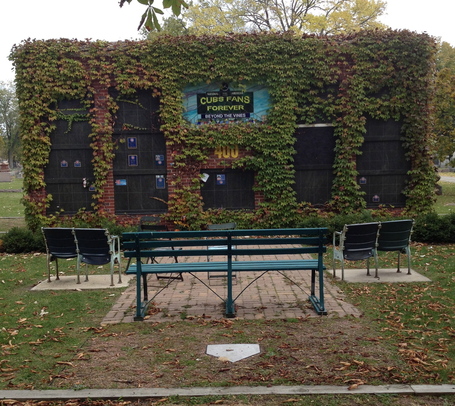 The "Beyond the Vines" burial wall is the brain child of Dennis Mascari, who begged and borrowed from everyone he knew to build it. Much was written about the wall when it was dedicated in April 2009, and Mascari himself administered the plot sales, or "eternal sky boxes" until his untimely death only two years later. Mascari is now interred with 10 other 'Die Hard' fans, just under the 400-foot marker in center field. Since his death, Bohemian National Cemetery is handling all future interments, as Mascari's heirs apparently want nothing to do with the place according to a nameless source. Scandal!

With paver stones from outside Wrigley Field, four ballpark seats, a small patch of Wrigley turf, and a bench reportedly used in the Cubs bullpen, Mr. Mascari created a mecca for Cubs fans and cemetery enthusiasts alike. The original plan included the live broadcast of Cubs' games at the wall, but Bohemian nixed that idea. After all, why make your loved ones more depressed by forcing them to listen to a Cubs game when they come and pay their respects? Mascari, undaunted by a lack of funding and interest, completed his masterpiece with a stained glass scoreboard and trimming the wall with lush ivy. 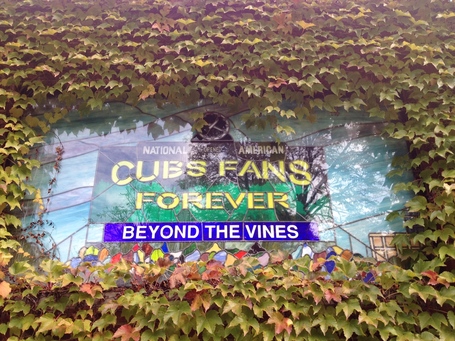 So, how does one go about securing their very own eternal resting place in the Cubs Fan Burial Wall? Well, it's pretty darned easy! In fact, you can go over to Bohemian National tomorrow and plop down $2,895 for a double eternal skybox for your family's Christmas gift if you'd like! It would be an even better gift if your spouse is a Sox fan! Yes, you would be a real Chicago hero if you did that!

But what do you get for your $2,895? Well, you'll be interred in a double 'eternal skybox' in rows three and four at eye level. A prime location. But If you're looking to save money in this life to spend in the next, you can save 200 bucks on a double niche and go for rows 1-2 or 5-6. For my money, you save the 200 clams and go row two. That's at least kneelable for your loved ones, and eye level for kids who will visit your grave and leave thinking you're the greatest relative they ever had, for having the best grave of anyone they'll ever know. I don't know about you, but I don't know anyone interred in a monument. You could be! Rows 5-6 are decently viewable, and are over most heads, but for the same price as rows 1-2, you gotta go lower. Think Upper Deck Reserved vs. Terrace Box in Wrigley terms.

The burial wall is separated into five sections, with the outer two sections reserved for singles, which will run you $1295 to $1495. Once again, save the money and go low. The worst thing that could happen on the ground is your urn will flood. The singles work a little differently than the doubles too in that they can't fit a special baseball urn. So if you're going single, you'll have to find a different receptacle. What's the point of spending money on something you're going to embed into a wall and can't enjoy anyway? 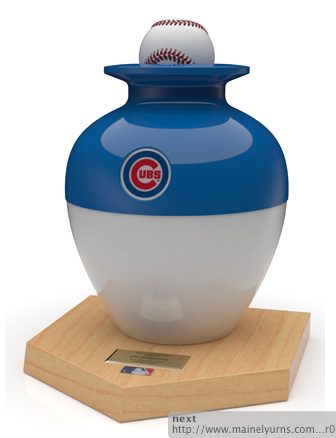 So if you want this sweet Cubs' urn, you're in for at least a double 'eternal skybox' at $2,695. Of course you could also pay $3,995 and be interred next to the great Mascari himself. A place of honor for an extra $1,300? Not bad, if you've got the scratch. And rumor has it that Steve Goodman, composer and singer of 'Go Cubs Go' and 'Dying Cubs Fan's Last Request' is to be relocated here, though I don't see how that's possible considering his ashes were already spread over Wrigley Field. We shall see. Steve's not there now, but Dennis Mascari is. 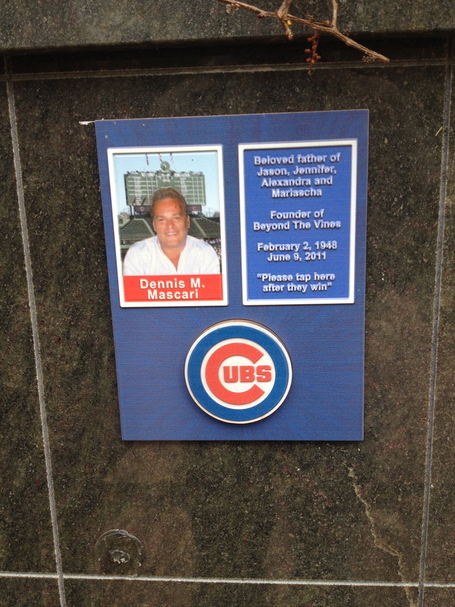 Okay. So you've bought your grave. Now what? Well, you're going to have to be cremated. Bohemian has recently invested in a new state-of-the-art $100,000 crematorium; it'll run you about $1,500 right there, plus another $795 for the urn, and you have three choices of memorial name plates. The cheapest is $595 and includes only your name, dates, and favorite slogan (epitaph) on a 5x7 plaque and is for singles only. $795 honors your memory with a 7x9 marker, and $895 immortalizes you with a baseball card that includes your picture and stats, but only fits on double 'eternal skyboxes'. All of the Cubs markers used to have a Cubs logo on them, but after Mascari died, the licensing deal with MLB fell through. The urn manufacturers are still in business however. Currently, Bohemian National offers a photoshopped picture of you over the backdrop of the Wrigley scoreboard. No one who owns one of these has died since the licensing deal was lost, so there is no example of what this logoless plaque looks like.

All in all, your whole Cubs funeral will run around $5,000, which is about the average for a lower cost burial. However, the real advantage of the burial wall is its prime location, located steps from the main entrance to the cemetery, on Pulaski Road just north of Foster Avenue. If you're looking to provide convenience for your loved ones, this is the way to do it. Plus, Bohemian National Cemetery is on the National Register of Historic Places and also holds the remains of Mayor Anton Cermak who was killed during an assassination attempt on FDR. That's historical! In further "best cemetery in the world news", Bohemian was founded by Czech or Bohemian immigrants who had been denied burial by other Catholic cemeteries, likely because of ethnic hatreds brought over from Europe. It was founded in 1877, and the first burial was held on November 1 (Samhein) of that year. The cemetery's current mission is to provide burials free of religious restraints and is available to all religions, nationalities, and races. So, basically Bohemian National rocks!

I've been enchanted by graves and cemeteries before. Marie Laveaux' tomb in New Orleans was spooky cool. I saw Bruce Lee's grave on a beautiful hillside in Seattle. I went to Lincoln's tomb where a colossal sarcophagus holds a great man. I found Jim Morrison's grave junky and ridiculous, which I guess is appropriate. But Bohemian National Cemetery is for everyone, and founded on egalitarian principles. The people whose names grace the Cubs' fan wall aren't famous or powerful, but they are a part of something meaningful and larger than themselves. It's a monument to Cubs fans and their dreams.

When I was a kid, one of my favorite songs from the Dr. Demento show was "Send Me to Glory in a Glad Bag", an irreverent tune which included the lyrics "Just put me out on the curb next Tuesday, Let the sanitation local bear me home". Personally, I had never cared much about what to do with my body when I die. That is, until today when I visited "Beyond the Vines". I felt honored to be surrounded by the names of my fellow fans, who had unfortunately not lived to see the day when our beloved Cubbies will win the World Series. As long as civilization persists, these brave fans represent themselves as a monument to the team we all love so deeply. Every person entombed here is a brother or sister we may have passed a beer to down the row. Maybe we chased a foul ball together in the rain, or yelled "Down in front!" at them. We all most certainly sang "Go Cubs Go!" together, and cried in one voice of angst at the near misses, and the painful "Wait Until Next Years". Most people are buried alongside their families, and so will I too someday, hopefully at "Beyond the Vines" in Bohemian National Cemetery.

That is, I will with a little help from my friends. I've begun a Go Fund Me campaign to buy myself a single 'Eternal Skybox' (row 2) and the cheapest plaque. I know many of my friends and family would take great joy in seeing me in such a handsome grave, as would my enemies for other reasons, so why not make it happen? Seeing as how I can't afford it on my current salary of barter system and hustling, I'm hopeful that my friends will buy my grave. Mostly because its funny, but also because I love the idea of visiting my own grave at "Beyond the Vines", and watching the wall fill up over time with names of those who loved their Cubbies in life and in death. I will my respects to those who didn't get to see the World's Series Champion Chicago Cubs, but they made damned certain they would be surrounded by living fans who would come and honor all of those millions of Cubs faithful who have come and gone since 1908.

If you have any interest in donating to my Cubs Fan Wall burial, even if just to brag to friends you paid 10 bucks for a piece of "Danny Rockett's" Cubs fan burial wall grave. Well, that would be hilariously awesome. Maybe you could come by and visit and have a beer with me, and tell me how the Cubs did today. Me there, buried with so many futile baseball seasons, and you drinking and hoping. 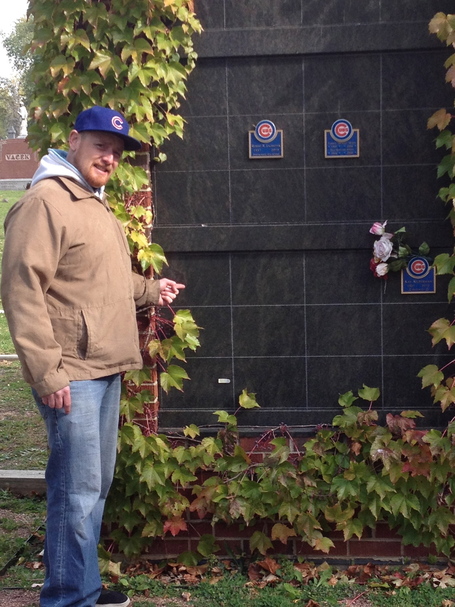 It would be an honor to be here amongst Cubs Fan Heroes... 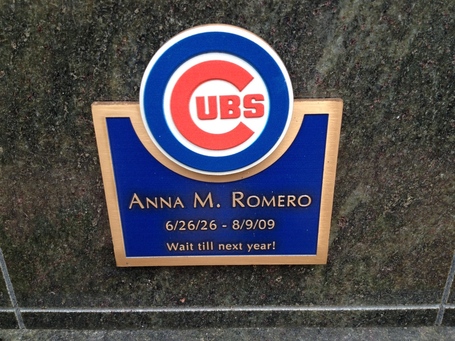 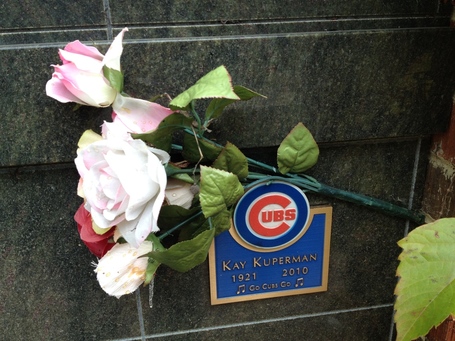 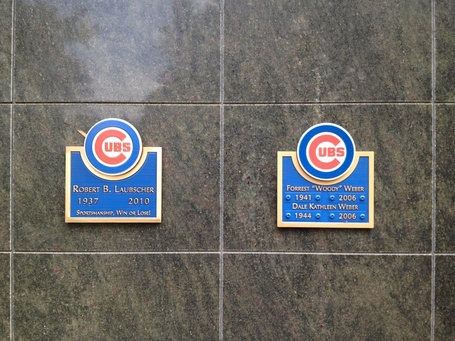 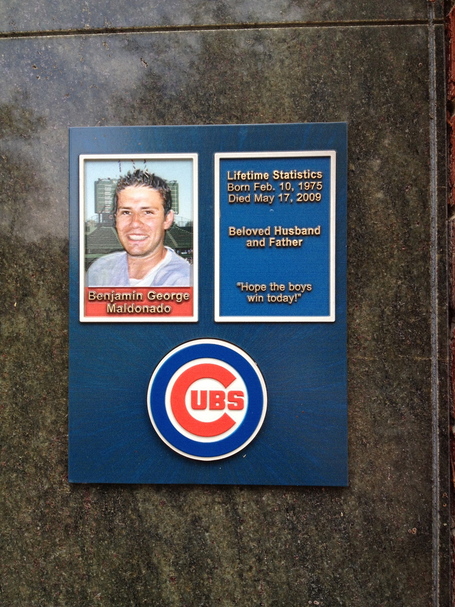 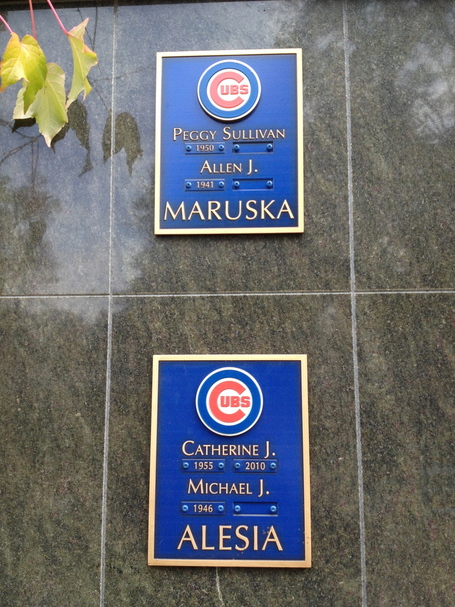 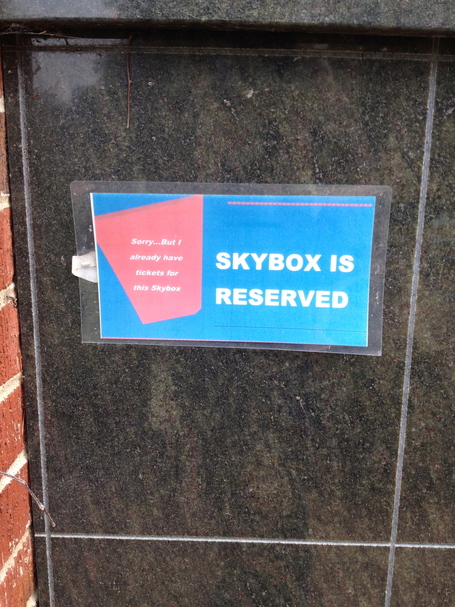 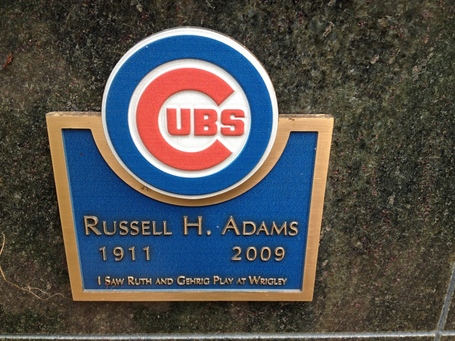 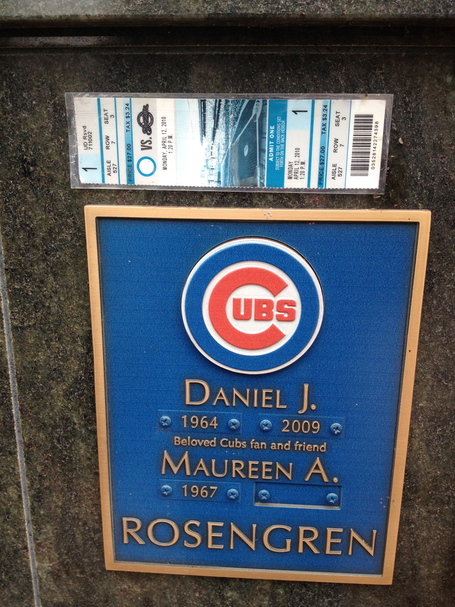 The wall of hope! 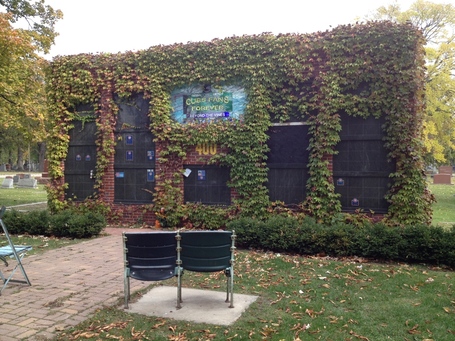