Something happened on this date that had never before occurred at Wrigley Field.

Share All sharing options for: A Day In Wrigley Field History: October 8, 1929

The Cubs hadn't been in the World Series in 11 years when they clinched the National League pennant September 19, 1929 at Wrigley Field, so there was much anticipation, not only for the World Series itself (still called "World's Series", short for "World's Championship Series, at the time), but for the fact that this would be the first such series played at the corner of Clark & Addison Streets. The 1918 Series had been played at Comiskey Park, due to its larger capacity.

The Series itself, as you know, was a letdown; the Cubs lost that first game 3-1 and, three innings from tying the series at two games each, blew an 8-0 lead and gave up 10 runs in the seventh inning of Game 4, eventually losing the series four games to one.

Only three weeks later, the stock market would crash and the world would begin to plunge into the Great Depression. But on Tuesday afternoon, October 8, a festive crowd of 50,740 -- the largest to date in Wrigley Field history -- crammed the stands to see Game 1. From the Tribune (no writer name given):

Imagine that today -- holding up the start of a World Series game because people were still filling the seats? No way, not with TV driving the bus. There was more:

12,500? Yes. For this World Series (and the next two after), temporary bleachers were set up on Waveland and Sheffield avenues; this is how a crowd of more than 50,000 was possible. (And no reported complaints from rooftop owners!)

About the game, you probably already know the story about how Connie Mack had sent 35-year-old Howard Ehmke, a part-time starter, ahead to scout the Cubs, and started him in the first game instead of one of his top pitchers, Lefty Grove or George Earnshaw. Ehmke's scouting was first-rate, as he struck out 13 Cubs in that Game 1 Philadelphia win. That set a World Series record that stood until 1953, when Carl Erskine struck out 14 Yankees. It's been equaled or exceeded in World Series play just three other times, by guys named Bob Gibson and Sandy Koufas.

Here are the rest of the pages from the World Series program shown at the top of this post. Yes, the program had a tassel on the left edge. Click on the images to embiggen. 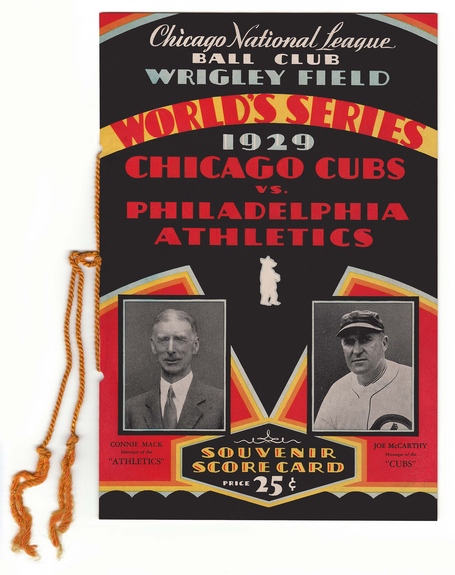 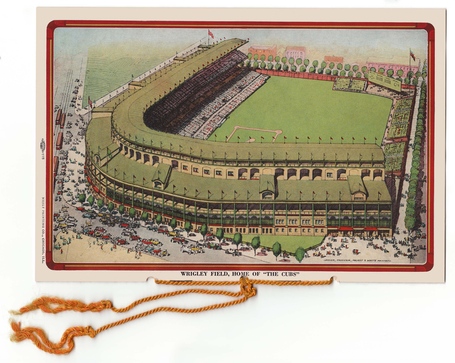 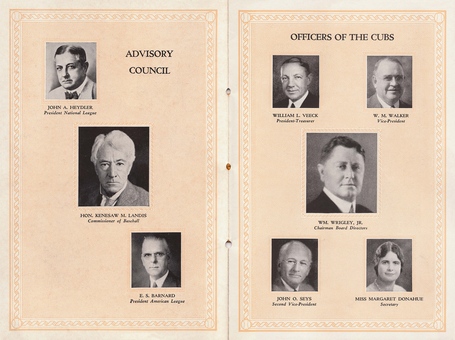 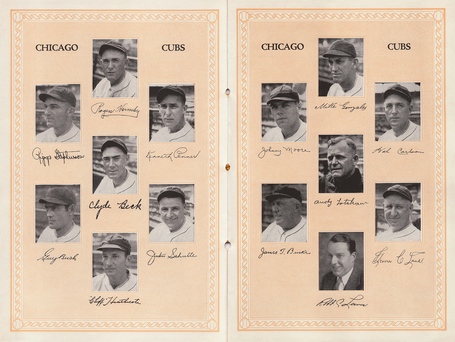 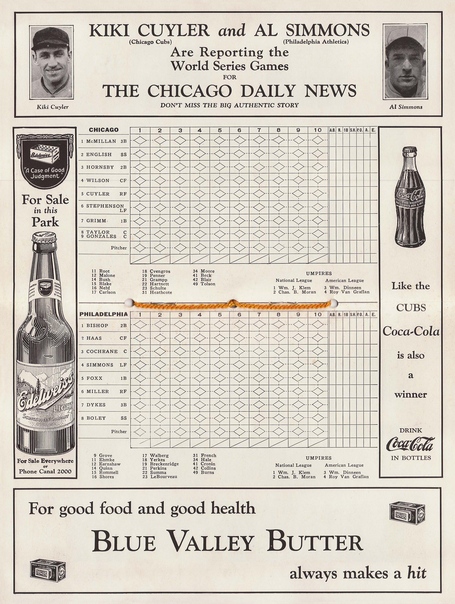 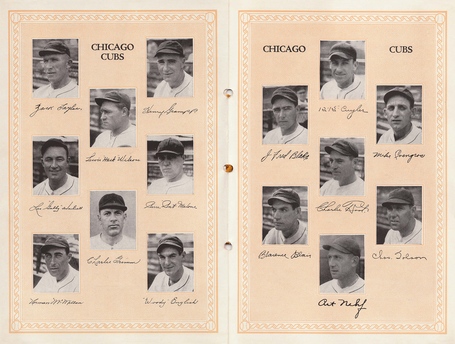 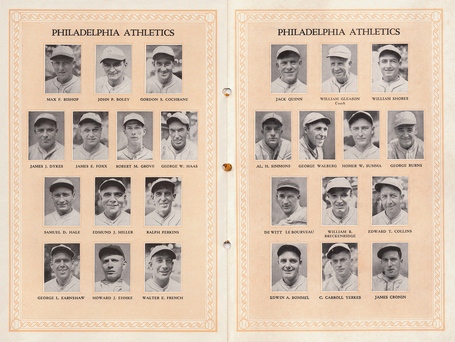