Share All sharing options for: A Day In Wrigley Field History: October 1, 1932

You all likely know the basics of the story of Game 3 of the 1932 World Series, where Babe Ruth allegedly "called his shot" off Cubs pitcher Charlie Root.

But did he really? The story has taken on the air of myth or legend over the decades.

Writers of the day, chronicling Game 3 for the Tribune, both concurred that Ruth was simply holding up two fingers, indicating that Root had two strikes on him. Ruth had hit a three-run homer in the first inning off Root, but the Cubs had come back to tie the game, and entering the fifth, it was 4-4. Ruth came up with one out and nobody on base. Edward Burns:

The "bench jockeying" of the day wouldn't be tolerated today, but it was common in that era, players yelling back and forth. Can you imagine a modern home run hitter doing what Ruth did in that report? Also, keep in mind that what Burns described was under the old configuration of Wrigley, before the current bleacher structure, when there was a scoreboard at field level near center field. The flight of that home run today would have taken it, likely, into the center-field bleachers, just below the current scoreboard location.

The Tribune's Irving Vaughn quoted Root and manager Charlie Grimm in his article:

No mention of called shots. Not one. Just a description of Ruth holding up two fingers indicating two strikes, and Root (note: his name was often spelled "Charley" during his playing days; today, we usually write "Charlie") admitting that Ruth just got all of one of his better pitches.

Several years ago, a home movie taken of this event was found. Here it is; you can judge for yourself.

Looks to me as if the contemporary descriptions were exactly right. Ruth points at the Cubs dugout, as described by Burns, and might have lifted two fingers before he hits the blast past the scoreboard. Called shot? Only embellished by writers over the years. It didn't really happen that way.

Ruth's home run was followed immediately by one from Lou Gehrig, and the Yankees wound up winning the game 7-5 and won Game 4 the next day, sweeping the series.

One more note on Game 3, from Arch Ward in the Tribune:

I'm not sure where gates 1, 2 and 3 were in 1932; gates at Wrigley now have letters, rather than numbers. 1932 World Series games at Wrigley began at 1:30 (instead of the common regular-season time of 3 p.m.) to avoid darkness. But you can see that the nearly 20-year-old ballpark needed upgrading, even then.

Here's the front and back cover and all the inside pages of the 1932 World Series program from Wrigley. You'll note on the scorecard pages that this is, in fact, a program sold on October 1, 1932 -- whoever bought it wrote in the pitchers from the game (Root, Malone and May for the Cubs; Pipgras and Pennock for the Yankees), but didn't keep score. Too bad; that would have been an awesome souvenir of that memorable day. 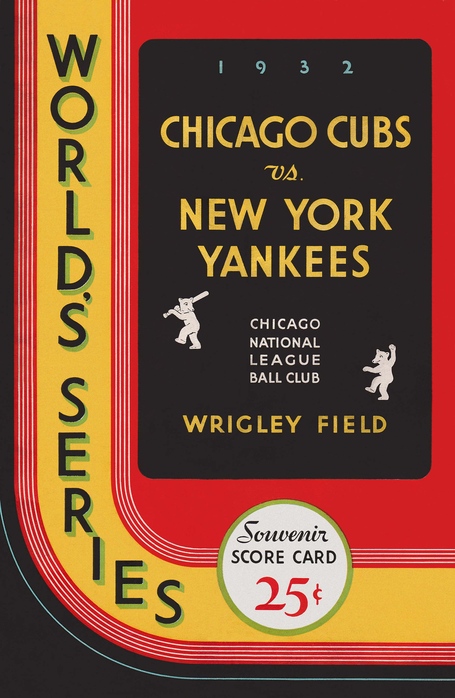 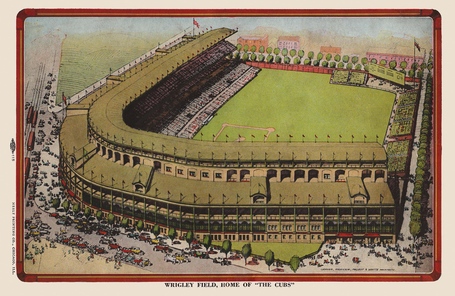 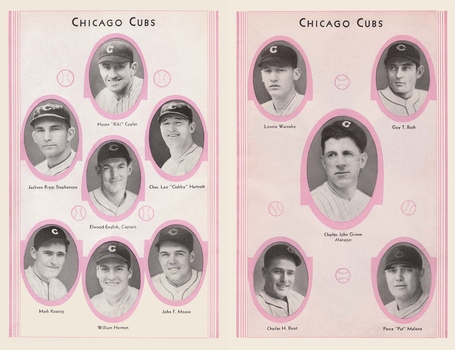 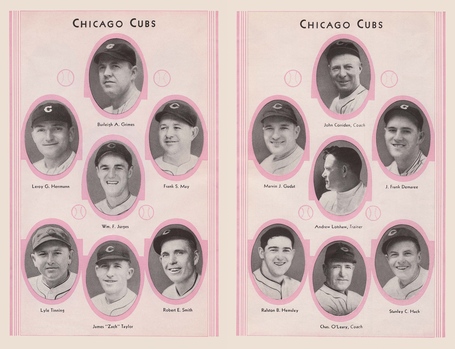 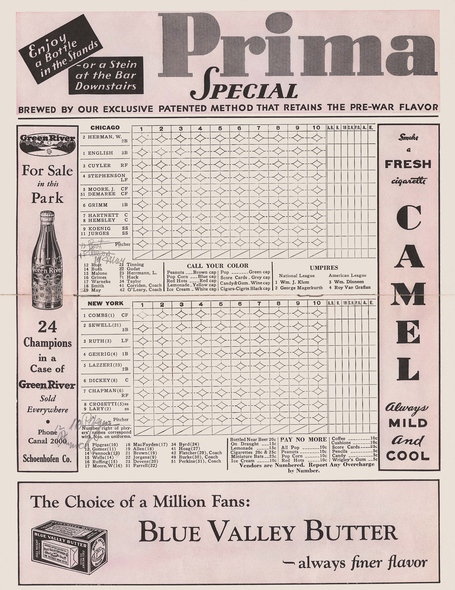 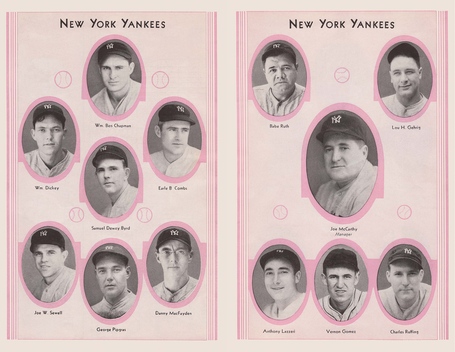 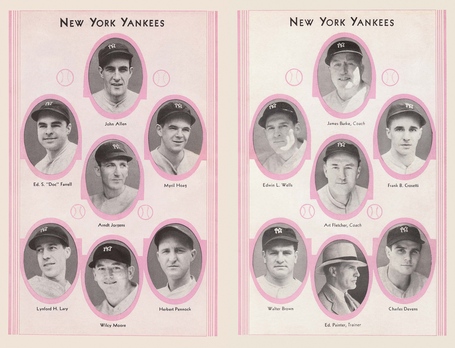