For the fourth time in 10 years, the Cubs host a World Series. That's the good news.

Share All sharing options for: A Day In Wrigley Field History: October 5, 1938

Unlike many other seasons in the 1930s when the Cubs had late-season leads only to blow them, the 1938 Cubs had to come from behind to win. Seven games behind on September 4, the Cubs went 20-5 to finish the year, capped with the famous "Homer in the Gloamin'" by Gabby Hartnett on September 28. They won the pennant by two games and got ready to face the mighty Yankees, who won 10 more games than the Cubs and the A.L. title by 9½ games.

Thus the scene was set for Game 1 of the 1938 World Series; 43,642 jammed Wrigley Field on a Wednesday afternoon, in hope that the Cubs would end their... 30-year World Series drought. (Sigh.)

New year, same old result against the Yankees. The visitors from New York continued their dominance from six years prior, winning Game 1 by a 3-1 margin. Irving Vaughn's recap from the Tribune (non-capitalization as in the original):

Hartnett, who was also club manager (replacing Charlie Grimm halfway through the season), was confident the Cubs would come back and win Game 2:

Dizzy Dean, hero of past World Series for the Cardinals, had been trying to make a comeback with the Cubs after some serious arm injuries. He had pitched well during the regular season -- a 1.81 ERA and 0.95 WHIP in 13 games -- but he was just about done. He held the Yankees at bay for seven innings in a tense one-run game before faltering in the eighth and ninth as the visiting New Yorkers won Game 2 over the Cubs by a 6-1 count, on their way to a four-game sweep.

One more note about Game 1 -- even in that long-ago time, scalpers were everywhere, according to the Tribune:

The article went on to say that "speculators" had bought up a lot of the tickets earlier when they had gone on sale by mail, in the hopes of making profits -- and at $80 they surely would have (this inflation calculator says that $80 in 1938 is the equivalent of $1,325 today), but that downward pressure had been put on these prices close to game time:

I should point out a few things here. First, the mention of Devine being an assistant state's attorney isn't really relevant; the article says "no arrests were made" of scalpers. Apparently, Devine was just a fan wanting to go to the game. Second, the regular-season ticket prices reported above remained virtually unchanged into the 1960s. Part of the reason for that was the lack of inflationary times, and the rest was the Cubs not being much of a team worth watching after World War II. Finally, the article notes that the Cubs set their own World Series ticket prices. Major League Baseball didn't take over pricing of World Series pricing until the 1970s.

Here are all the 1938 World Series scorecard images. You'll recognize the style as being that of Otis Shepard, who did artwork for the Wrigley Company and the Cubs from the late 1930s through the early 1960s (click to embiggen). 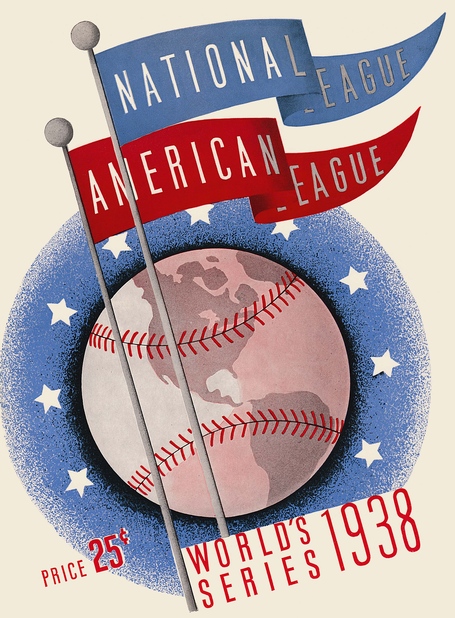 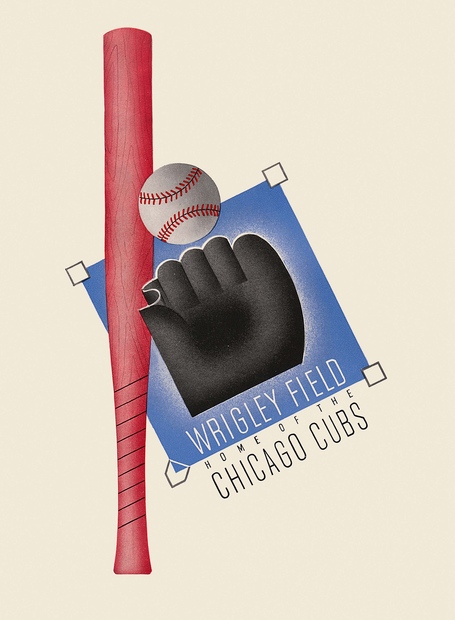 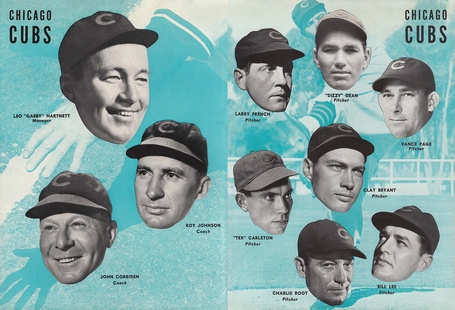 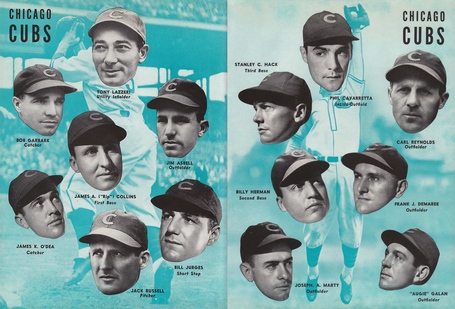 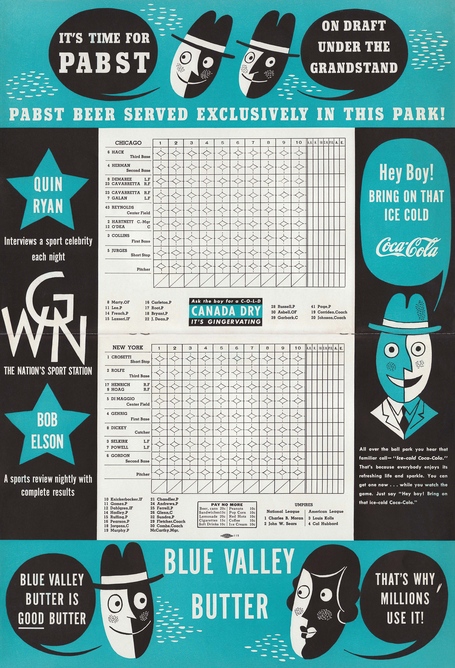 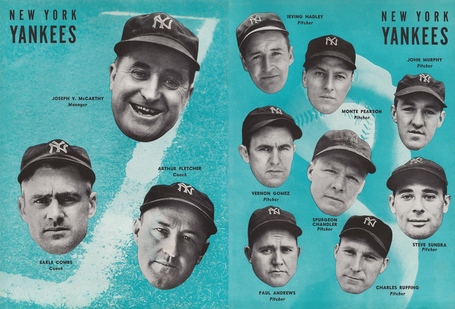 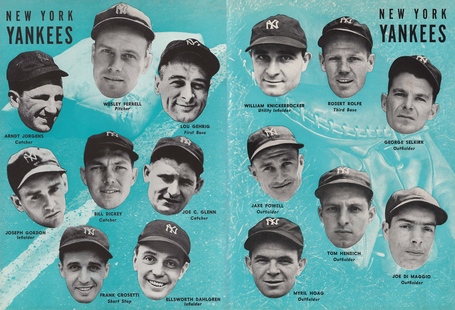