American and National League All-Stars played on the North Side on this day.

Share All sharing options for: A Day In Wrigley Field History: July 30, 1962

From 1959 through 1962, the National and American Leagues played two All-Star Games; the purpose was to raise extra money for the players' pension fund. It was a logistical nightmare -- the second game in 1962, at Wrigley Field, was played with no off day beforehand. It took place on a Monday, and of the 20 teams in existence that year, 12 of them played doubleheaders the day before. Almost everyone hated the system, and it was scrapped after 1962.

If the twin All-Star Games hadn't been in place, though, Wrigley Field would have gone 43 years in between hosting of the Midsummer Classic (1947 to 1990). Now it's been 23 years since Wrigley has been an All-Star host, and it's not likely there will be another one until renovations are complete, so we could be looking at 2021 or even 2023 before the All-Stars again come to the North Side.

The American League defeated the National League 9-4, but the score wasn't the story of the game, as related by Richard Dozer in the Tribune:

BCBer ernaga was one of those who sat in the center field bleacher section that sunny, hot July afternoon. He's told that story here before, but I'll let him post it again in the comments.

This series will take the day off tomorrow for Christmas, and resume on Thursday.

Here are all the pages from the 1962 All-Star program (click to embiggen). In some ways, the cover reflects how behind the times the Cubs were. In those days, host teams produced the program (MLB does it now). The Cubs used the cover image from their 1959 regular-season scorecard. Sure, it fits, having a star as part of the design, but you'd think they'd have asked Otis Shepard, the great Wrigley Co. and Cubs artist, to do something different.

One good thing about the program is that it had many more pages of information than previous editions, and facsimile autographs of the players. That led to a mistake -- you'll notice the signature beneath Jim Kaat's photo is that of Ray Katt, no relation, who had been a catcher for the Giants and Cardinals in the 1950s and in 1962 was a Cleveland Indians coach.

You'll note part of the last image is blank. That was intentional, as it was the inside back cover. 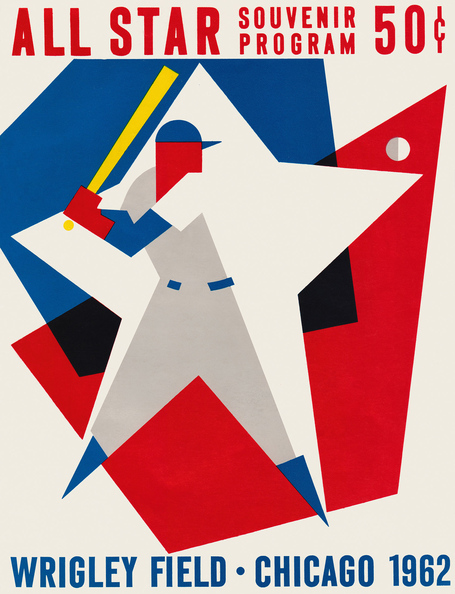 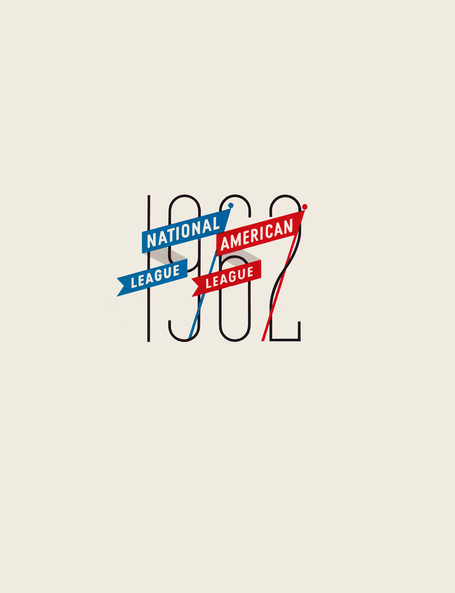 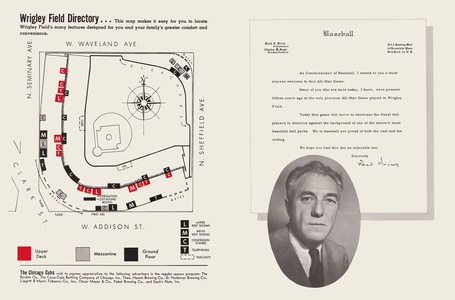 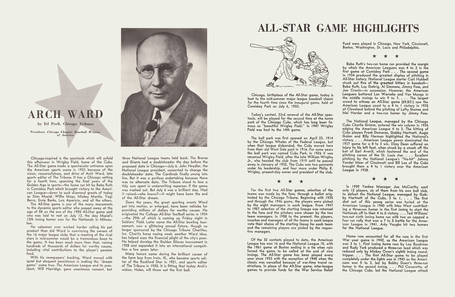 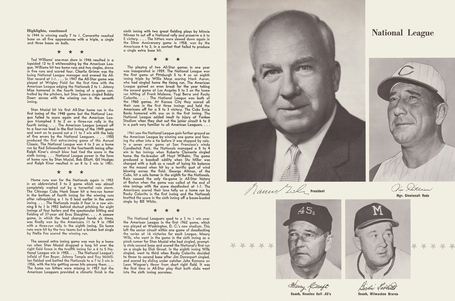 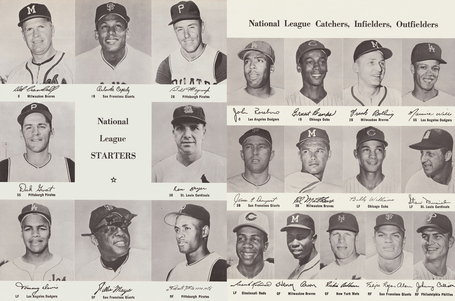 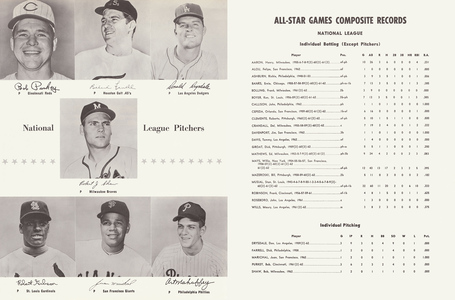 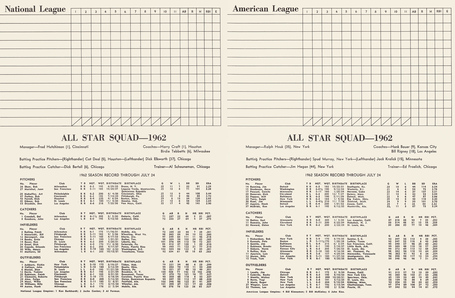 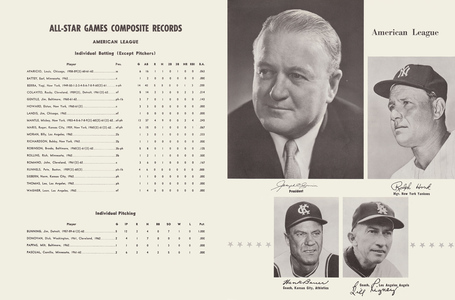 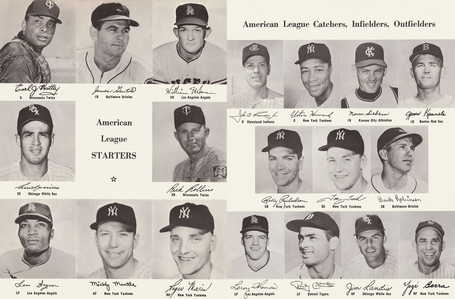 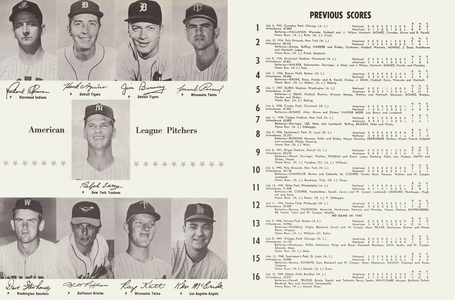 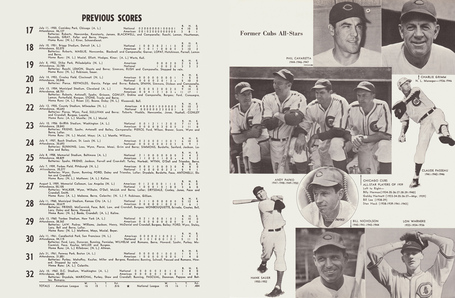 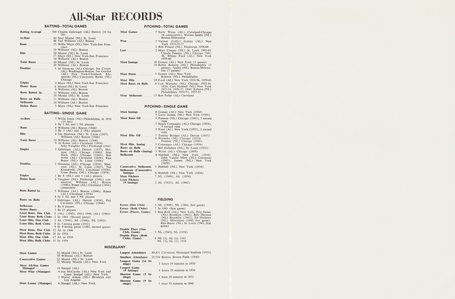