This World Series game is well worth remembering, for a number of reasons.

Share All sharing options for: A Day In Wrigley Field History: October 8, 1945

Until Theo & Co. bring us back to the Promised Land, Game 6 of the 1945 World Series will stand as the last World Series game won by the Cubs. It was a must-win game; the Cubs trailed the World Series three games to two, and that year's series was played in an unusual pattern due to wartime travel restrictions (the first three in Detroit, the last four in Chicago). The Cubs took a 7-3 lead into the eighth inning, but as Edward Burns wrote in the Tribune:

The game stayed tied going into the bottom of the 12th thanks to four innings of shutout relief by Hank Borowy (who manager Charlie Grimm would then start on one day's rest in Game 7, to his eternal regret). Burns picks up the story:

I'm not sure exactly what the roster size was for the World Series in those days, but Grimm had used 15 position players already -- so that might be why Borowy had to bat. Also remember that many pitchers batted in those days, and Borowy wasn't a bad hitter; he had hit .198 that year with three doubles and a triple. Secory, incidentally, eventually became a National League umpire, serving for 19 seasons from 1952 to 1970. Burns again picks up the Game 6 action:

(Note the spelling of "tho" for "though", one of Col. Robert McCormick's odd spelling quirks which were used in the Tribune until McCormick's death in 1955.)

Imagine that being the ending of a World Series game today. It would be legendary. You can see that game-winning play in this video (that specific play begins at 1:10):

You can clearly see the ball get past Greenberg as he runs toward the left-field wall, and Schuster rounding third base to score as the Cubs pile out of the third-base dugout to celebrate.

Speaking of those Game 7 tickets, Edward Prell of the Tribune wrote of the ticket lines:

It was, indeed, a different time.

Here are all the images from the 1945 Wrigley Field World Series program (click to embiggen). The meticulous hand scoring is from Game 5. 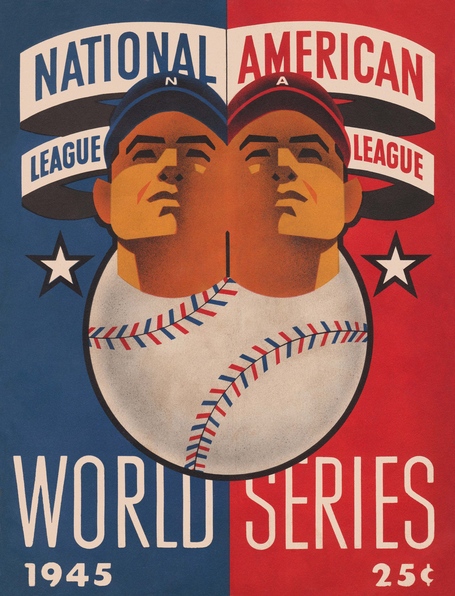 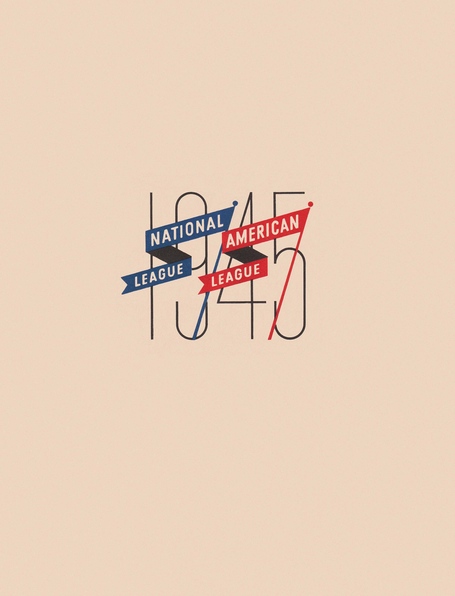 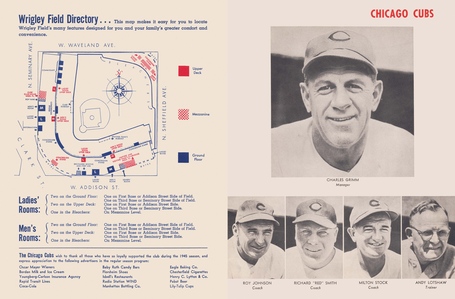 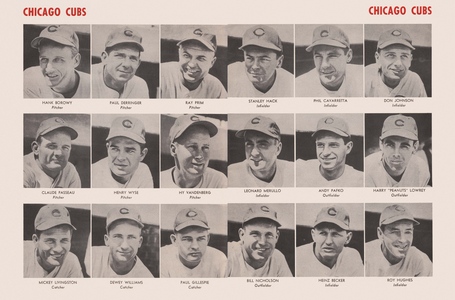 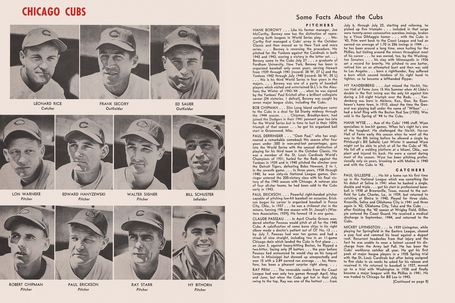 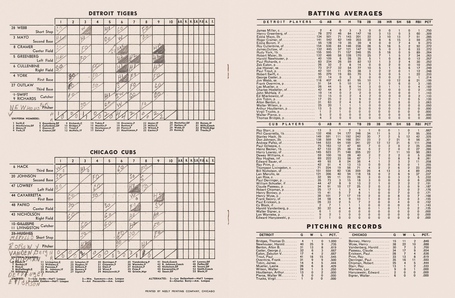 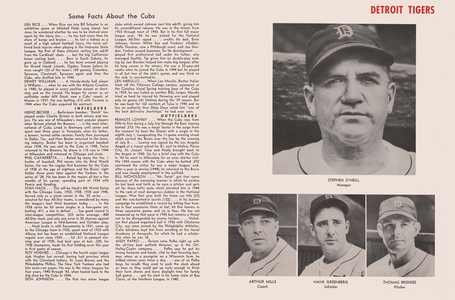 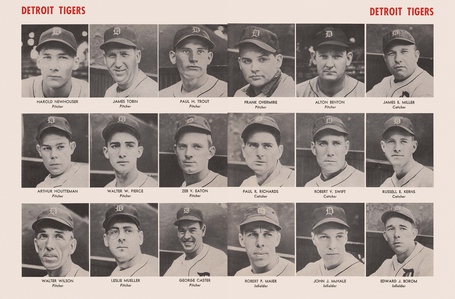 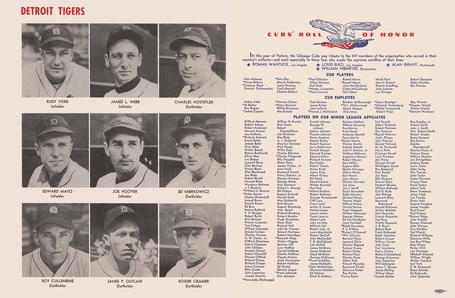