This was a day of an historic first at the ballyard at Clark & Addison.

Share All sharing options for: A Day In Wrigley Field History: July 8, 1947

Did you know that All-Star Game history could have begun at Wrigley Field in 1933, instead of Comiskey Park?

As you likely know, the game was begun as an idea from Chicago Tribune sports editor Arch Ward. But Ward didn't specifically favor the White Sox and Comiskey Park for the game -- according to Stuart Shea's "Wrigley Field: The Unauthorized Biography", the site for the inaugural 1933 game was decided by coin toss.

So instead of being the host for the first All-Star Game, Wrigley was the second-to-last ballpark to host an All-Star Game; only Ebbets Field in Brooklyn had not hosted one by 1947. Remember that two MLB parks were shared in 1947: Sportsman's Park in St. Louis (Browns and Cardinals) and Shibe Park in Philadelphia (Athletics and Phillies). Both of those had hosted ASG before 1947, although the Browns would not be the official host team until 1948 and the Phillies, not until 1952.

It's with that context that a sellout throng jammed Wrigley Field to see what was then the only midseason All-Star Game among the major sports. Irving Vaughn's recap in the Tribune doesn't waste even a single paragraph before noting the reason the game was begun in the first place:

Ward was still Tribune sports editor in 1947 (he held the position from 1930 until his death in 1955), and was also the mainstay behind the "In The Wake Of The News" column, which still runs in the paper. His column from the day after the game was essentially a series of notes on the affair. Here are a few of the more interesting ones:

Here are all the pages from the 1947 All-Star Game program (click to embiggen): 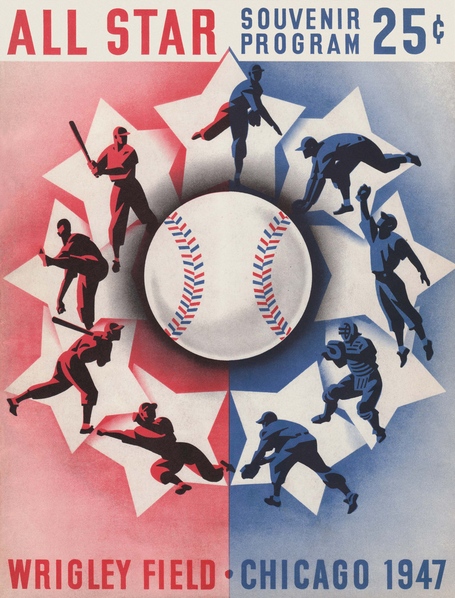 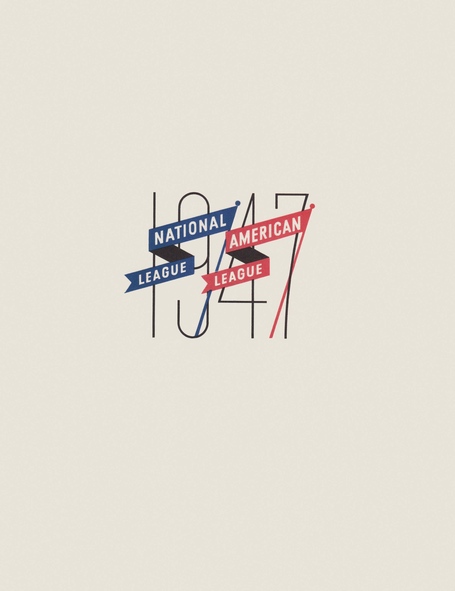 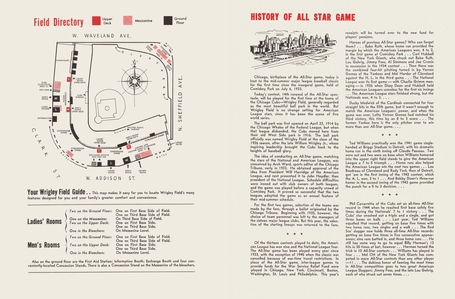 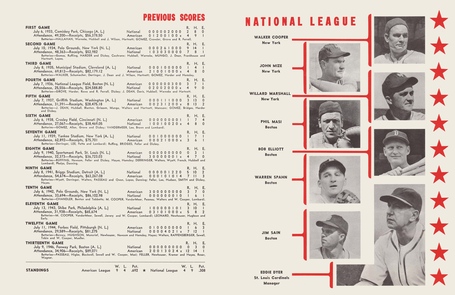 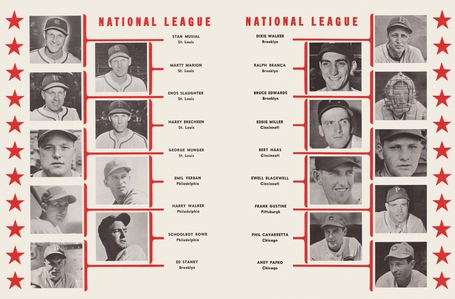 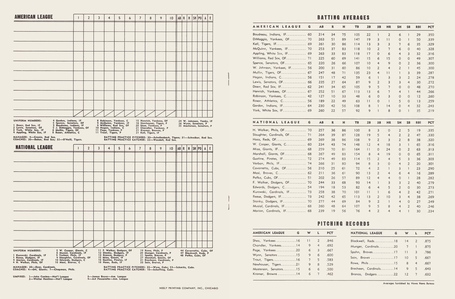 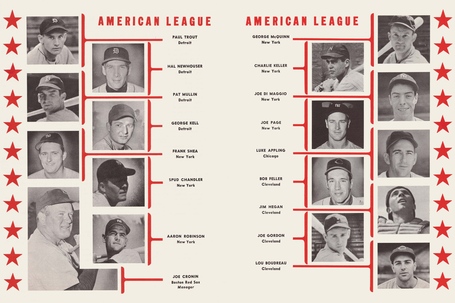 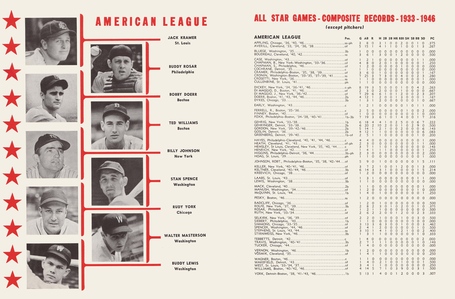