A Report From Cubs Fantasy Camp, And Dan Vogelbach Video

Here's a bit of inside scoop from the recent Cubs fantasy camp in Mesa, and some video of one of the best young hitting prospects the Cubs have.

Share All sharing options for: A Report From Cubs Fantasy Camp, And Dan Vogelbach Video

The video you see on this post was taken by a BCB reader -- someone who emailed me and says he reads the site, but doesn't post -- who was at the recent Cubs fantasy camp. I know several of you have been to Randy Hundley's camps in the past, but I thought I'd pass along his thoughts, along with this photo: 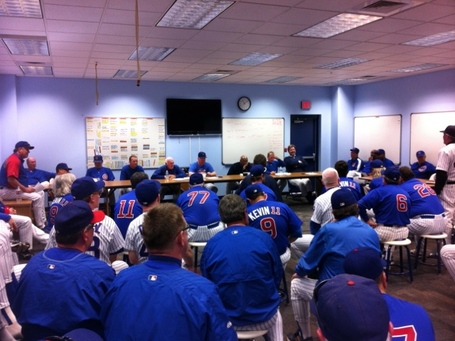 Here's what he sent me about the camp: 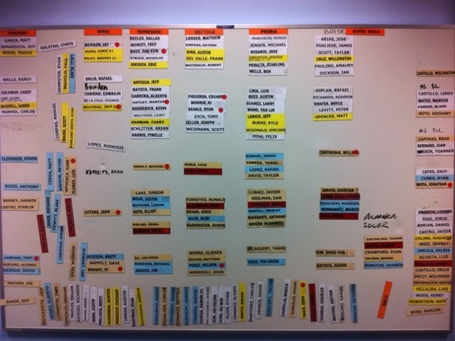 I'm still hoping to go to this camp someday. Maybe next year. Vogelbach, incidentally, looks like he's slimmed down a bit in that video.