The Cubs might not be a very good team to watch in person this season, but if you're a season-ticket holder, you'll have the coolest tickets in baseball.

Share All sharing options for: Topps Cards On Cubs Season Tickets Again In 2013

In 2012, the Cubs had the coolest-looking season tickets of any team in the major leagues; they placed images of old Topps baseball cards on each game's ticket. Each placement had a meaning, whether it was the date matching the player's uniform number, a Cubs player who had a connection to that day's opponent, or a significant anniversary for that player.

This year, the Cubs are bringing back the Topps concept, with a twist: they're using the style of old Topps cards, but with current players on the images. Here are some samples of what you'll see when your season tickets arrive later this month; first, the full image of the Andre Dawson ticket you see at the top of this post:

And, here's another one featuring Starlin Castro:

If these designs look familiar, they should. As noted above, the Cubs have taken player photos and, with Topps' help and cooperation, put them on card designs from years far before their Cubs careers. The Andre Dawson card above is the 1971 design; the Starlin Castro card design is from 1987.

So you'll see a lot of these on various season tickets, if you have them, during the year. In addition, the Cubs are making a special 82-card set that will be sent to season-ticket holders along with their tickets. As was the case last year, this year's set will have some significance to each player image chosen for each date. Season-ticket holders will get a sheet with their season tickets explaining the choices. (Nice, but it was almost more fun last year to figure it out ourselves!)

Another 82-card set, which will be similar but not identical to the season-ticket holder set, will be given out as promotional items on the following four dates:

Here are some samples of those cards. Ernie Banks, on the 1954 design: 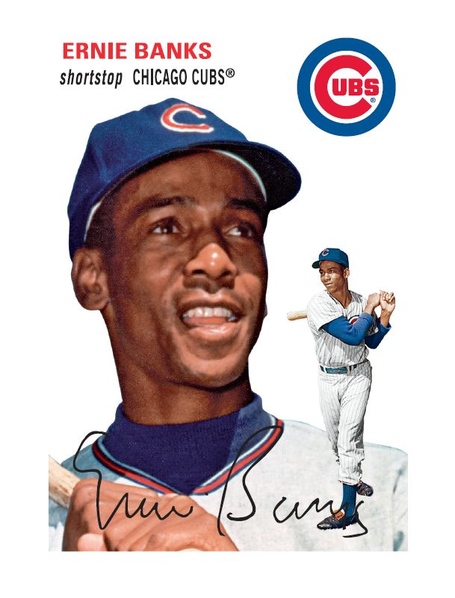 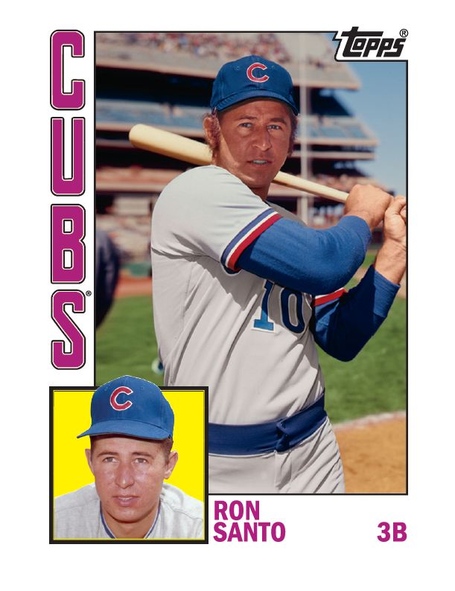 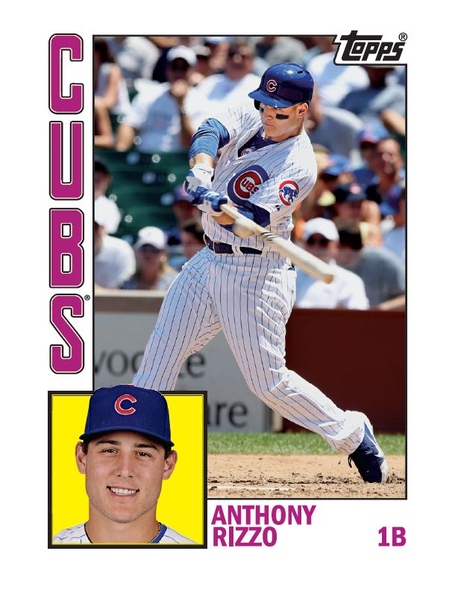 And, via tweet from Cubs ticket VP Colin Faulkner, here's the "Future Stars" card (I like this one a lot):

Here's a picture of one of the cards we created w @toppscards and are sending to @cubs Season Ticket Holders. twitter.com/ColinFaulkner/…

A shout-out is due to Brian Garza of the Cubs ticket office (no relation to Matt, as far as I know), who came up with this idea in the first place:

"We’re excited to partner with our friends at Topps and to be the only club in Major League Baseball to provide a unique set of collectable Topps Archives cards to our Season Ticket Holders and fans," said Chicago Cubs Director of Ticket Sales and Service Brian Garza. "We hope our fans have as much fun opening these cards as we had creating them."

So while the team might not be very good this year, at least the Cubs have the best-looking tickets in baseball. Great idea, and well executed.