If you enjoy collecting baseball cards, or ever did, you'll enjoy this post.

I haven't been a big baseball card collector since I was a kid. That's probably true for most of you, too. But I recently received an email from the Topps company offering me a set of their "Archive Baseball" series.

When it arrived, I turned into a kid again. Not literally, of course. There's no gum with these cards -- hasn't been for years, and probably better, too, considering the quality of that gum -- but I had fun ripping open the 24 packs in the box and, as I used to do decades ago, sort them by team. Here's what I got (number of cards per team):

Created with the HTML Table Generator

The Nats total above includes one Expos card: Gary Carter. There were also six "All-Star" cards, three with peel-off stickers, and five more skinny format cards which included two Angels, one Pirate, one Oriole and one National.

The cards are done in the formats used in 1972, 1982, 1985 and 1990, similar to the sets the Cubs are giving out this year, with both current and former star players included. Each box is supposed to contain two actually-autographed cards, according to Topps. Mine included one actually-autographed card (I got Ellis Burks as a Red Sox) and two cards you can redeem, one for an autographed card online, the other you have to take to a card shop to get an actual vintage card from the 1950s, 1960s, 1970s or 1980s.

Here are the five Cubs cards, including the full image of the Anthony Rizzo card above: 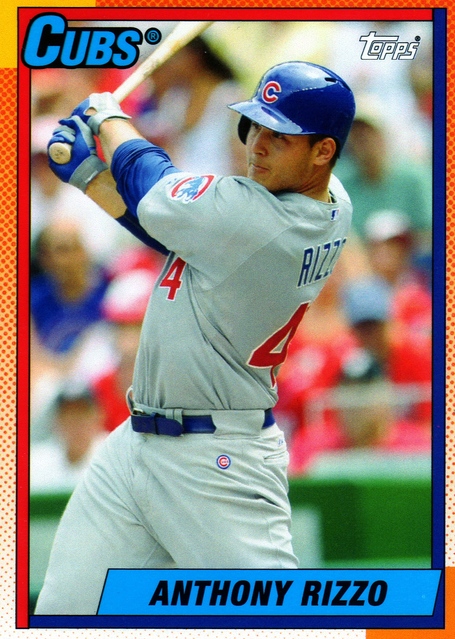 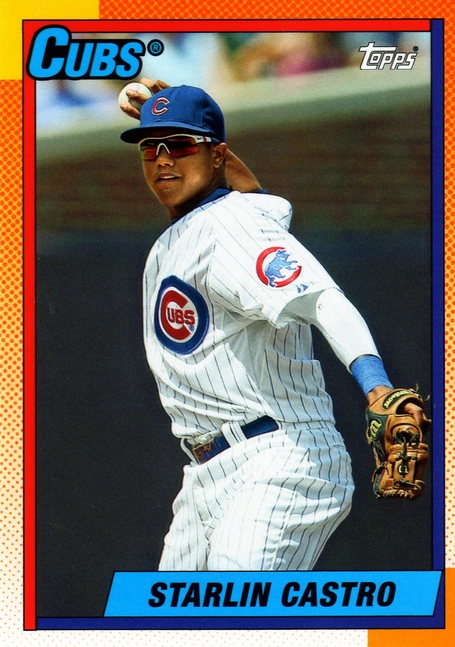 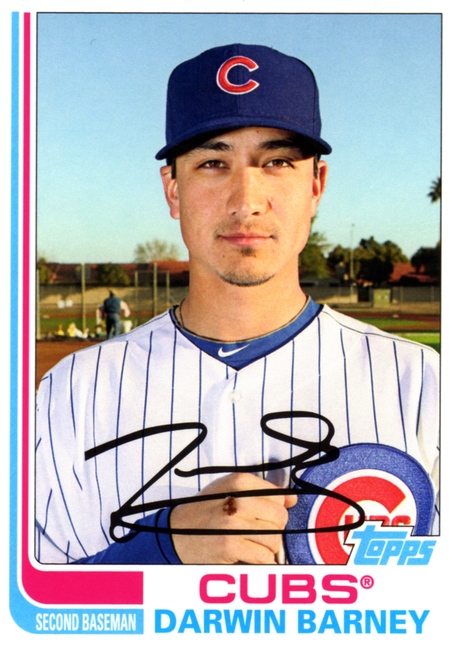 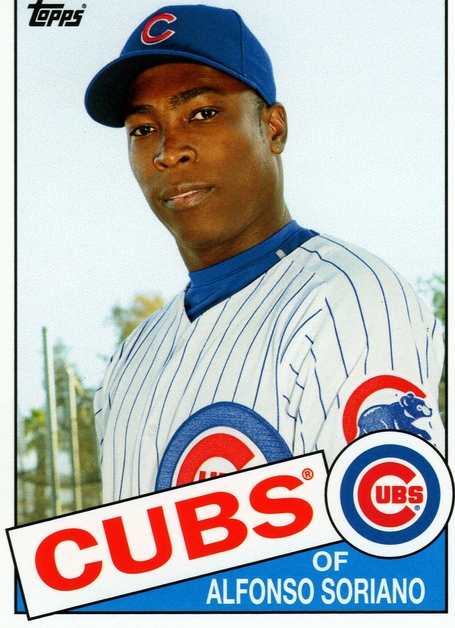 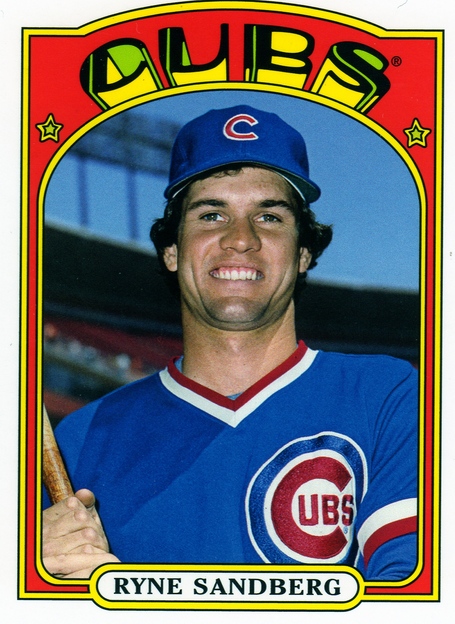 If you like collecting baseball cards, you'll love this set. It's a good companion to the sets the Cubs are giving away this year. Brought me back to my days as a card collector in the 1960s; like pretty much everyone in that era, I had mine thrown away. Wish I still had them.