They're putting large "apples" around New York City to commemorate MLB teams in advance of the All-Star Game. Here's a look at the Cubs apple.

Share All sharing options for: The Cubs' All-Star Apple

This year's All-Star Game will be played at Citi Field in New York City July 16. As part of the buildup to the game, Major League Baseball and the city of New York have created "Apples On Parade", 35 large apples (the 30 MLB teams, Brooklyn Dodgers, New York Giants, National League, American League and an All-Star apple) have been placed at various locations around New York City. This has become an All-Star tradition:

New York-based writer Amanda Rykoff (follow her on Twitter @amandarykoff), who I am proud to call my friend, has been going around New York City photographing the various apples. She was kind enough to share not only the single image of the Cubs apple you see at the top of this post, but this collage showing all sides of the Cubs apple: 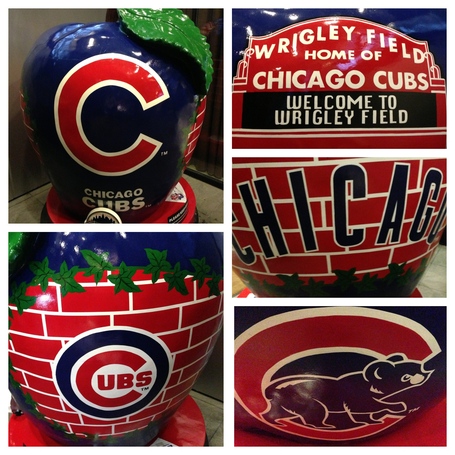 I think they did a really nice job capturing the colors, logo and other aspects of the team, the bricks & ivy, and the Wrigley Field marquee. Here's a look at the full image that's posted above: 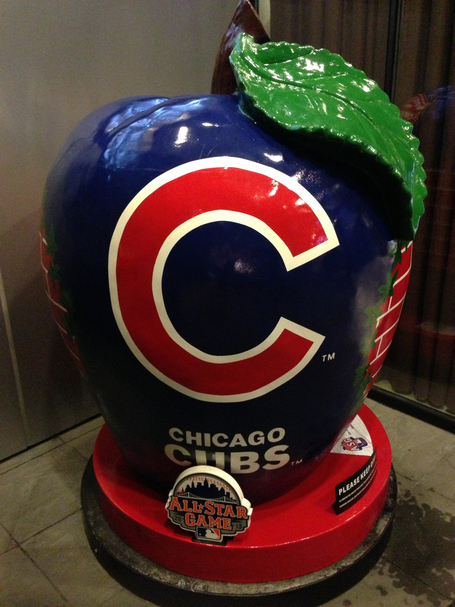 Thanks again to Amanda for the photos -- this is a fun way of getting people interested in and excited about the All-Star Game. You can see photos of all the apples at Amanda's Instagram page.