The Cubs will be pocketing more money from the sports-apparel maker.

This story's from yesterday, but I thought you'd like more information and some photos.

The Cubs and Under Armour have signed a multi-year naming rights agreement for the terrific workout facility at Cubs Park in Mesa; it will be known as the Under Armour Performance Center. Under Armour, as you know, has been a Cubs marketing partner since 2007, with signs on the outfield doors at Wrigley Field, and is the sponsor of the annual Under Armour All-America Game at Wrigley Field, a game that matches up top high-school players from around the country.

Here are quotes from Cubs and Under Armour management folks:

"The Under Armour Performance Center gives our players the opportunity to train in a strength and conditioning facility that rivals any in baseball," said Cubs Executive Vice President and General Manager Jed Hoyer. "We’re thankful to partners like Under Armour who help us bring this vision to life."

"The Chicago Cubs are one of the most iconic teams in all of sports and Under Armour is proud to elevate our partnership with such an esteemed organization," said Brian Cummings, Under Armour Vice President, Team Sports. "Our mission is to make all athletes better and the new Under Armour Performance Center at Cubs Park will provide these elite athletes with the training resources and state-of-the-art facilities to help them excel on the field."

"Today’s announcement solidifies Under Armour’s commitment to the Chicago Cubs, and we’re proud to welcome them as a Legacy Partner," added Cubs Vice President of Sales and Partnerships Colin Faulkner. "We’re excited to collaborate in our new Spring Training home and in Chicago with events like the Under Armour All-America Game at Wrigley Field."

No specific dollar amount nor number of years was specified in this deal, but the Cubs noted in their press release that Under Armour is now the third Legacy Partner of the Chicago Cubs, joining Anheuser-Busch and Starwood Hotels. Exactly what that means, I am not certain.

Here are a couple of photos of the interior of the new "Performance Center." (Click to embiggen.) 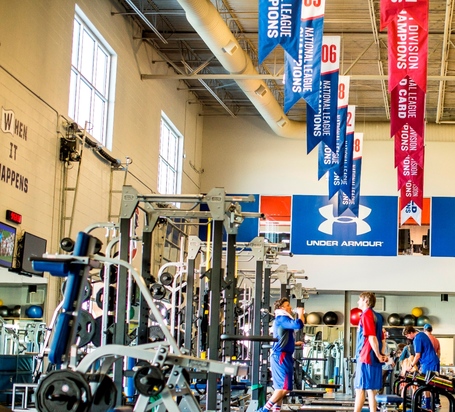 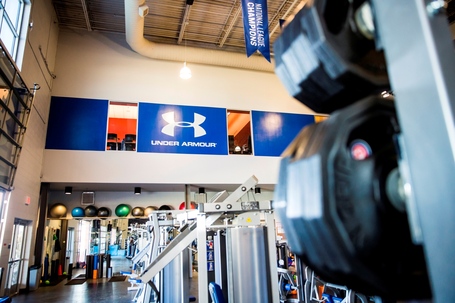