A Cubs Oasis In A Yankees Town

If you find yourself in New York City during baseball season and enjoy drinking, there is no better place to cheer on the Cubs than Kelly's sports bar. BCB's Danny Rockett has found a Cubs oasis in the Big Apple.

Share All sharing options for: A Cubs Oasis In A Yankees Town

There are nearly eight and a half million people in New York City, but only one Chicago Cubs bar.

That bar is Kelly's. Situated near the corner of Houston Street on Avenue A in the long-ago gentrified East Village, Kelly's is one of hundreds of bars in this neighborhood once known for its homeless junkie and artist population portrayed in the hit 90s musical RENT. Currently, the area overflows with bridge and tunnel trust-fund types from Long Island and New Jersey on weekends. There is no shortage of sports bars in NYC, or any kind of bar for that matter, but Kelly's uniquely stands out because it is the only Cubs bar in the Big Apple.

As a former resident of Gotham, it was often a lonely row to hoe being a Cubs fan in a city with more baseball championship rings than the stump of a great redwood tree trunk. So on Opening Day 2010, in search of some Cubs camaraderie, I Googled "Cubs Meet Up Group" and found Kelly's. Upon entering the bar, I was happily greeted by blue pinstriped jerseys and Cubs hats. The 25 or so fans differently-employed enough to drink and watch baseball on a weekday, cheered as the Cubs scored three runs in the first inning. However, the jubilation proved to be short lived, as Carlos Zambrano proceeded to meltdown and give up six runs in the bottom half of the inning. The Cubs went on to lose the game 16-5, but it didn't matter. I made a ton of new friends that day and for the first time felt like I had found a Cubs baseball home.

Whenever I found myself downtown during a Cubs game, I'd often pop into Kelly's for arguably the best-poured Guinness in the city and some baseball. There would usually be a smattering of fans around to complain about the Cubs with and always the game, played on sometimes all nine of their TV screens, with sound. Kelly's was an oasis in the epicenter of the Yankee Universe.

Yesterday, in town for a gig and the Yankees/Cubs series, I decided to see what was going on at Kelly's, and find out more about how this Cubs bar came to exist. 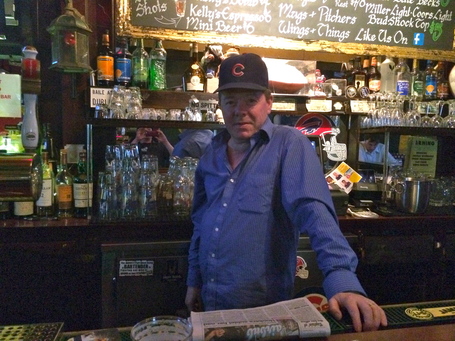 Gerry is not only a bartender, but also the owner, and the man behind why there is even one Cubs bar in NYC. Over a pint, I asked him how an Irish bar owner in NYC came to be a Cubs fan. He then described to me his first trip to Wrigley Field, and how even though he was not particularly a baseball fan, he became swept up in the energy of Cubs fans and the Wrigleyville bar scene. He went on to say that the Cubs are the team with the most character, so when opening the bar, he decided to make Kelly's a Chicago Cubs bar in the hope of attracting the kind of people he met in Wrigleyville that day. Well, it certainly worked on me as I've been there dozens of times even though I lived on the other end of Manhattan. He even tried to import Old Style, but some stupid local law prevented it. Gerry said he didn't pursue the matter too much just because, in his words, "Old Style is piss." 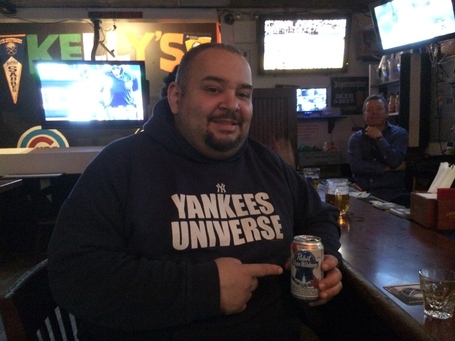 Rob is one of the bartenders at Kelly's, pictured here enjoying a post-shift Pabst and a shot. Don't let the Yankees hoodie fool you into thinking he's one of those entitled Yanks fans who jumped on board the championship train in the 90s. Rob's a baseball fan in general, and has loved the Yankees since the best thing about them was Don Mattingly's mustache. He hopes to get out to Wrigley someday soon, as watching so many Cubs games has intimated him to our beloved team. So if you see this guy wearing Yankees gear in the friendly confines…. Be Nice! 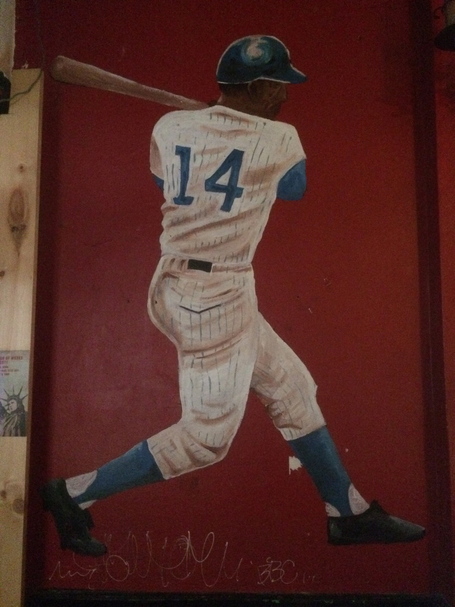 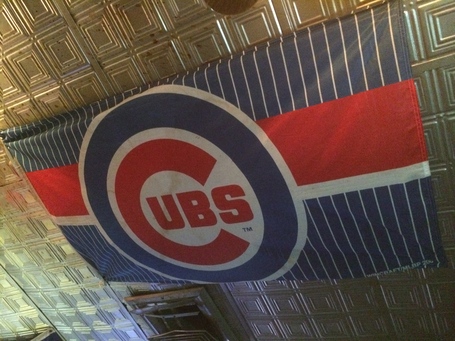 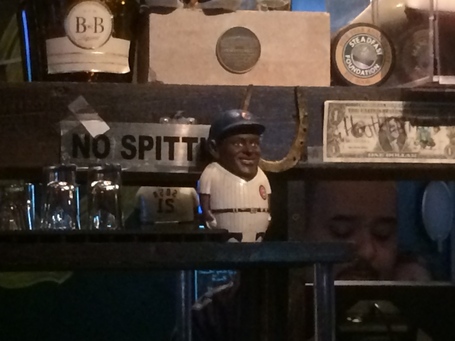 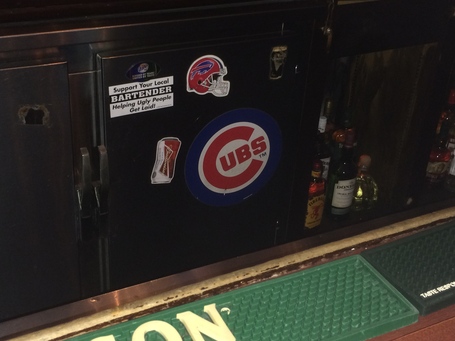 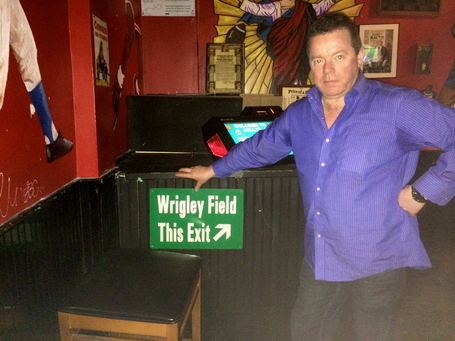 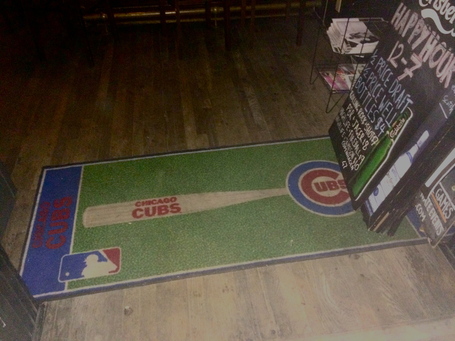 Unfortunately, this doormat is an all too fitting symbol for the Cubs' last few seasons.

I informed Gerry that since his Cubs fan epiphany in Chicago in the mid-2000s, the team has gone through the worst losing period in over half a century. But like all Cubs fans, Gerry has hope that someday soon the Cubs will compete and contend, and the bar will be packed again in the fall like it was in 2008 when the Cubs last went to the playoffs.

The bottom line is, if you're a Cubs fan, and find yourself in the East Village of NYC, you should give Kelly's a visit. If not to watch a Cubs game, just to toss back a cold one and talk baseball in the only Cubs bar in New York City. Tell Gerry that Danny Rockett sent ya!