Share All sharing options for: A Very Wrigleyville Opening Day

Wrigleyville! Opening Day! What could possibly go right? Everything! Well, except the Cubs losing in extra innings to the Pirates. But the small faithful crowd at Murphy's Bleachers across the street from Wrigley were undaunted by the opening day loss. Rather, friendships were formed, selfless were aired on TV, and day drinking was justified.

There were no real plans and I didn't feel like drinking on a Monday at noon (at first), but it was Opening Day, and where the hell else are you gonna go to watch the Cubs game in Chicago except a bar? But which bar? I know! The one that has a Groupon! Murphy's Bleachers. $10 for $20 worth of food and drink!

So down to Wrigleyville I biked…. 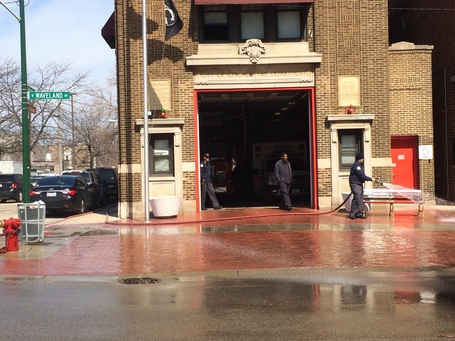 Ready for every disaster! (even a Cubs baseball season) 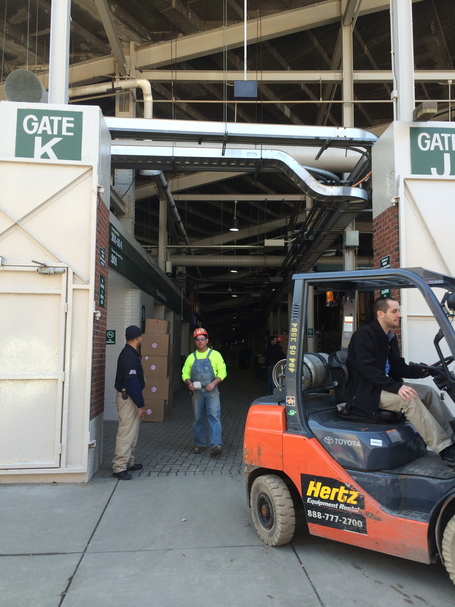 The Unsung Heroes of Wrigley. When they're done doing this…. 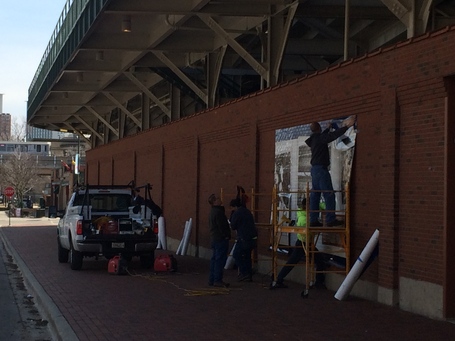 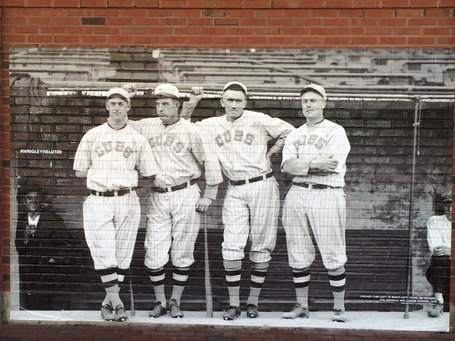 The Cubs fans were out in exuberant force!! April Fools!!….it was totally dead….

Yeah… dead like the artist cafes 10 years before a revolution. There ain't no bandwagon here. The next time the Cubs contend, those of us that sat at Murphy's, or listened on the radio while driving to a sales call, or sneaked a Gameday window onto their browser at work, or those who just outright shirked responsibilities to be a part of the Cubs Opening day... Yeah. We can say we were there when most of Chicago didn't care.

Still, a smattering of faithful Cubs fans took advantage of one of the first days in six months where Tom Skilling didn't warn us we might die if we go outside. So those of us without work on a Monday at noon braved the leftover November ice and headed over to Murphy's for a misspent Monday, rooting for the Cubs.

Who has the time and wherewithal to misspend a Monday afternoon rooting for the Cubs? Well, me, my girlfriend, and about 20 other people. We are not quite the fan set Lee Elia ranted about in his famous press conference, but close. Real close.

We are the differently employed. The ones who work late nights and weekends. The hustlers. The in-between-jobbers. And the underemployed. Most importantly, we are all Cubs fans, drawn to Wrigley after a long, bitterly cold off season.

We are Jake, who writes for Champagne Room, a U of I SB Nation blog and Chicago Magazine. We are Nicole, an accomplished actor in between shows. We are Chris and Alex, who make deliciousness happen at the Cheesecake Factory. We are your 2014 Cubs fanatics who looked forward to baseball through polar vortexes and unplowed streets. 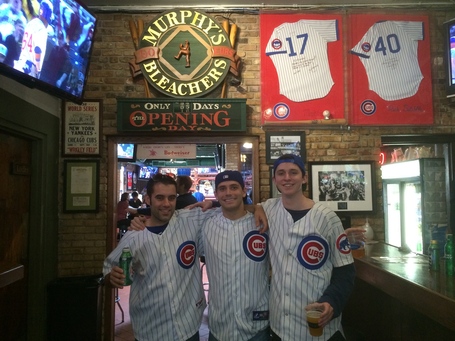 My plan was to ask everyone about the Cubs chances this year and report on it, but aside from the "Lake and Rizzo strike out too much's" and the "I think Bonifacio's a good pick up's", the Conversation easily drifted into other Cubs-related stories.

Like the time Chris's girlfriend had bought bogus opening day tickets a few years ago, and as they walked distraught from Wrigley, a guy in an F-150 gave them 2 free seats. Or the story about when some fan gave Jake a foul ball as a kid. Or the brand new story about the time Len and JD asked Cubs fans to send them "selfies" so we sent em one…and they put it on TV! 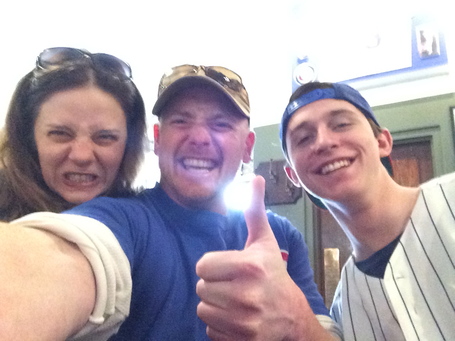 Nicole, Danny and Jake (I promise that's the only selfie)

But because we got ourselves and Murphy's on TV, Matt our fearless bartender gave us free whiskey! 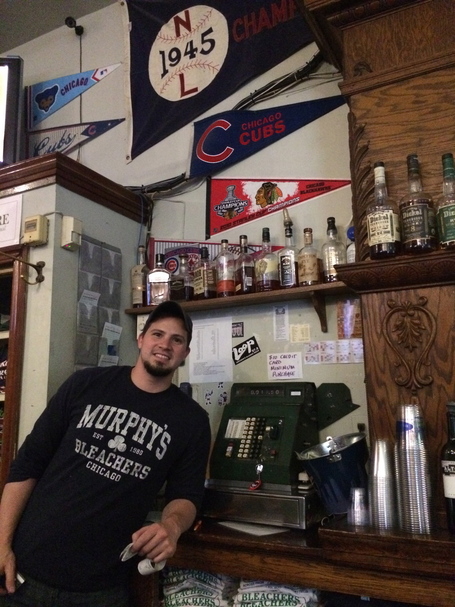 I ate my first hot dog of the season... 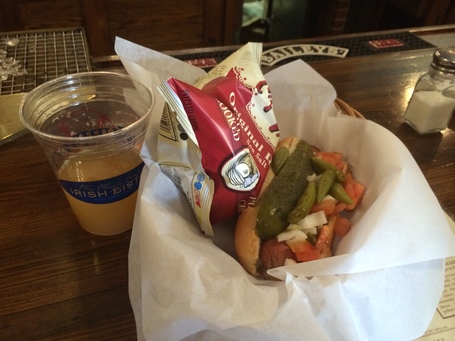 Peed in a trough! 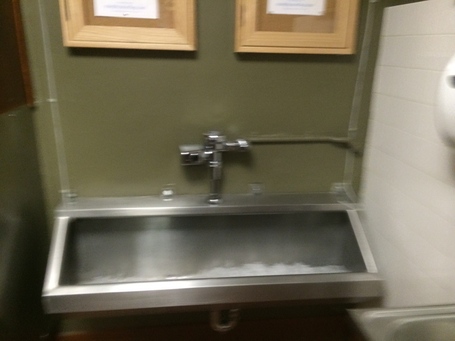 What more can you ask of an opening day? Oh yeah…a "W" would have been nice. But when Neil Walker hit the game winning home run, we didn't flinch. We all looked at the TV. Collectively said "aww" and went on talking with our newly made friends.

I wish you were there to say "Aww" with us, but we heard you lament it from your desk and your car. I'm pretty sure I heard the ghosts of 1983's fans say "Aww" too from across the street, and a 76-year-old Lee Elia say "$%@*" from Odessa, Florida where he resides with his second wife (according to Wikipedia).

So we lost the opener. Big deal.

Baseball's back. After this winter, that's enough. 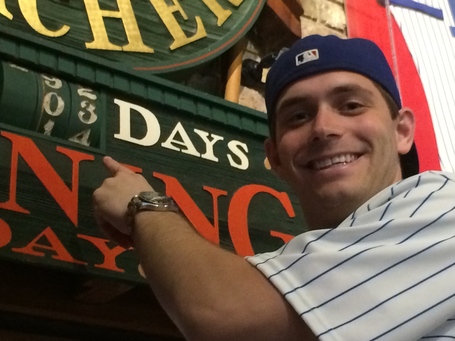