BCB's Danny Rockett eats "Cub Paws" at Great American Ball Park so you don't have to.

Share All sharing options for: Concessions Of A Cubs Fan: "Cub Paws"

Mr. Red's Smokehouse, located in the right-field corner of Great American Ball Park, offers BBQ and grilled favorites to hungry fans who want something other than Cincinnati's famous Skyline Chili Cheese Coneys, which are basically smaller than average hot dogs covered in spaghetti sauce (Cincinnati-style Chili), and shredded cheese. It's not that Cones are bad, they're just not particularly good, and having not eaten dinner other than beer, I wanted something a little more substantial.

Mr. Red's menu is baseball-team themed, so of course I had to try their Cubbie cuisine. 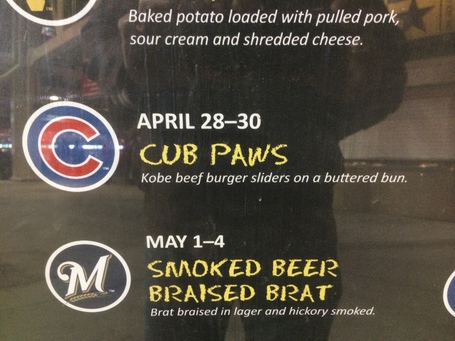 Sliders. What could they possibly do wrong to sliders? Well... let me put it this way... the only thing sliding was the quality of the food. Ordering these mini burgers for $15 with chips and two sides was a huge mistake for this hungry fan. 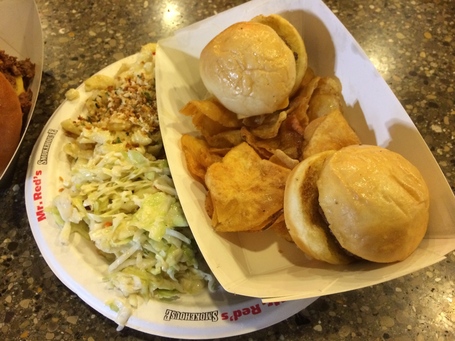 Oily burnt chips, cold mac and cheese, and beef patties that don't even fit their tiny buns. The only thing decent was the cole slaw, which should really be more of an afterthought than the largest portion of my meal. They didn't melt the cheese and the burgers were cold. Granted, it was the bottom of the 7th inning, but for $15 you expect a decent meal, even in the late innings. 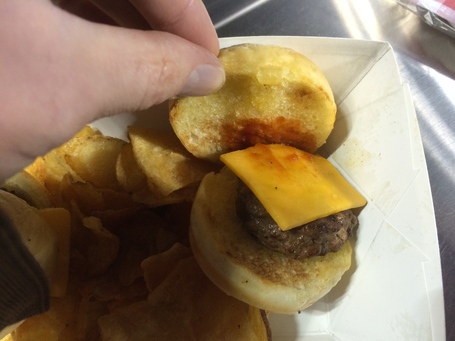 My girlfriend Nicole did much better, ordering the pulled pork which I would estimate has three times the volume of meat to my lowly slider dish. And it's only $8! ($3 more for the sides.) The Cub Paws are $12 a la carte, which means you are simply paying $4 for crappy chips. 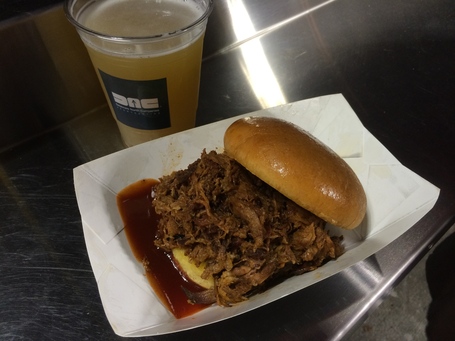 Thankfully, I was able to subsidize my meal with the parts of this sandwich Nicole didn't eat. This pulled pork sandwich was delicious. The Cub Paws…not so much.

I never expect ballpark food to be high-end cuisine, but would it kill them to make sure my food is hot and at the very least palatable?

In the future, I'll stick to what Cincinnati does best: Mini hot dogs covered in, ahem, chili, onions and cheese. The Cheese Coney isn't great food, but it's better than the expensive baseball themed cuisine in the Right Field corner at Mr. Red's Smokehouse.

Next time, I'm going to ask this guy what to eat. He seems to have his ducks in a row. 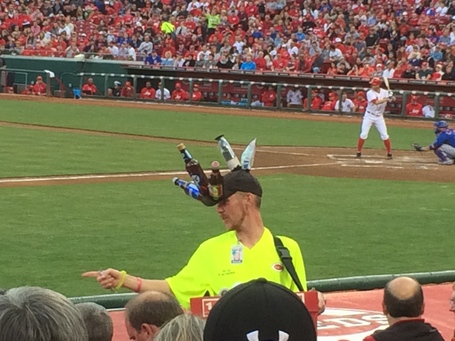