The Cubs have been honoring Wrigley Field's history with commemorations of each decade, one per homestand. This Friday begins the 1930s.

During the homestand that begins Friday, Wrigley Field will be both figuratively and literally transformed into what it looked and felt like during the 1930s, as the Cubs host the Brewers and Yankees.

This morning, the Cubs and Benjamin Moore will begin painting the Wrigley Field marquee to match its mid-1930s color scheme following its installation in 1934. The team worked with Harboe Architects and Wiss, Janney, Elsnter Associates, Inc. to research the marquee’s color scheme from the era, which included removing layers of paint and primer to expose the first layer of enamel. Samples were then color-matched by Benjamin Moore to determine the Mallard Green and French Quarter Gold paints that are being used. I'm at Wrigley this morning to witness the repainting of the Wrigley marquee and will have photos in another post this afternoon.

This Sunday, May 18, the Cubs will wear a throwback uniform from 1937, the year during which Wrigley Field’s now-iconic scoreboard was installed and the ivy was planted on the newly-constructed bleacher wall. The 1937 jersey features a zip-up front and the uniform marks the first year the team switched from a navy blue to a royal blue color on its uniforms. You can see what that uniform looks like above. Since there was no major-league team in Milwaukee in 1937, the Cubs worked with the Milwaukee Brewers to select an appropriate throwback uniform. The teams decided on the 1937 American Association (minor league) Milwaukee Brewers uniform, which inspired the Brewers' look for this Sunday.

Giveaways for this weekend include a bobblehead commemorating one of the most debated moments in baseball and Wrigley Field history –- Babe Ruth’s alleged “called shot” off Charlie Root in the 1932 World Series. Of course, we now know that this was a myth, and no such "call" was actually made by Ruth. It'll be a cool giveaway, to the first 10,000 fans Friday, but truth be told, I'd rather have seen a bobblehead commemorating Gabby Hartnett's Homer in the Gloamin' September 28, 1938, perhaps the signature moment in Cubs history. Anyway, here's the Ruth bobblehead: 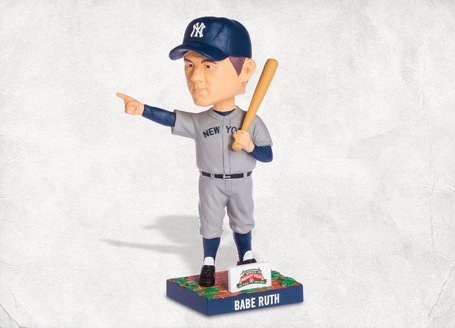 Saturday, 10,000 fans will receive a Cubs umbrella presented by Morton Salt. The company is celebrating the 100th birthday of its signature Morton Salt Girl. 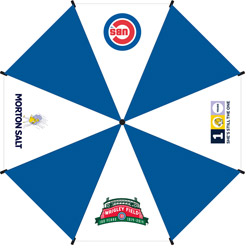 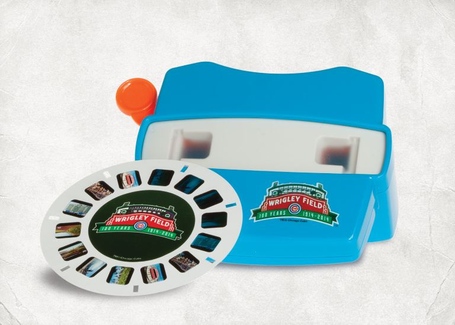 When the Cubs welcome the Yankees to Wrigley Field Tuesday, May 20, the team will honor retiring captain Derek Jeter before the game for his exceptional career and impact on the game of baseball.

As the team has done for the first two homestands, the Cubs will have specialty food offerings meant to evoke the 1930s. The Decade Dogs stand near section 123 is serving a Cheese Steak Dog, featuring a Vienna Beef hot dog, shaved ribeye steak, grilled onions, peppers and provolone cheese. This one looks pretty good: 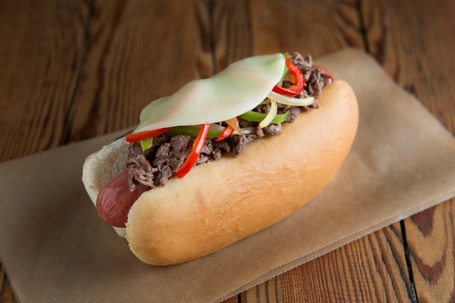 The drink of the homestand for adults 21-and-over is the 1930s Called Shot cocktail –- a Manhattan made with fans’ choice of Bulleit Bourbon, Bulleit Rye, Crown Royal or Bushmills Irish Whiskey. The Called Shot will be served in limited-edition souvenir glasses May 16-21 on the main concourse at section 109 and the bleacher patio in left field. 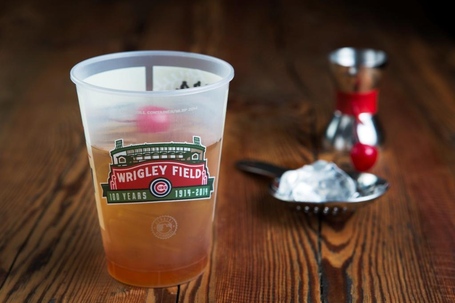 Fun stuff. Perhaps there will also be some Cubs wins.